Austria′s far-right FPÖ party under scrutiny for ties to Russia | Europe | News and current affairs from around the continent | DW | 21.05.2019

Austria's far-right FPÖ party under scrutiny for ties to Russia

The Austrian government has collapsed over a scandal involving the alleged niece of a Russian oligarch. The far-right FPÖ party's unquestioning proximity to the Kremlin has become their undoing. 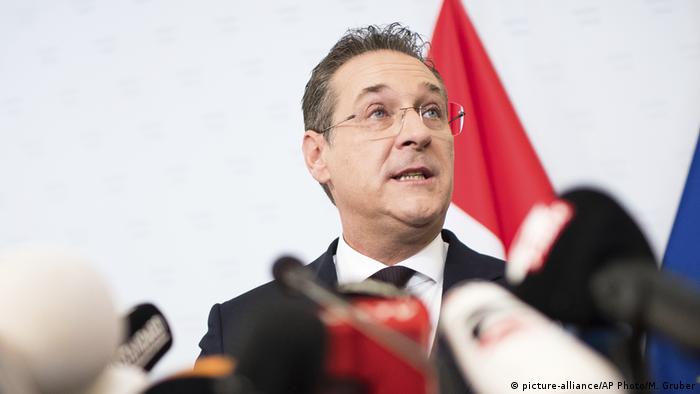 A villa on Ibiza, large quantities of vodka and Red Bull, a woman alleged to be a rich heiress from Russia and the immoral offer to help two politicians seize power. What sounds like a plot straight from a spy movie happened to Austrian far-right populists Heinz-Christian Strache (pictured) and Johann Gudenus on holiday on the Spanish island in 2017 — a trap set by persons unknown that snapped shut last Friday. The consequences are well-known by now: The men lost their government posts while Austria faces a veritable state crisis.

Strache and Gudenus were exposed because the scenario fit, said Andreas Joelli, a Berlin correspondent with Austria's ORF radio broadcaster. "The alleged niece of a Russian oligarch, that was nicely engineered," he said, adding that there are in fact ties between the FPÖ and Russian President Vladimir Putin, as well as his United Russia party.

The Austrian right has maintained close ties to the Kremlin for years, a development that party leader Heinz-Christian Strache initiated early on. In the years after it was created in 1950, the FPÖ originally positioned itself as strictly anti-Kremlin, maintaining the stance even after 1990. From 2007 onward, however, the party would regularly congratulate Putin's United Russia party on election victories, and would verbally support Russian military interventions, including in 2008 in Georgia. Invitations to the Kremlin and controversial visits by FPÖ politicians to Chechnya followed. In 2016 the FPÖ signed a cooperation agreement with United Russia. 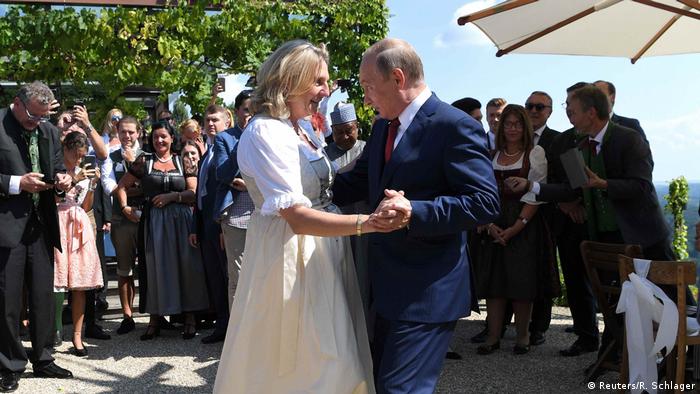 The more Russia was isolated internationally, the stronger the contacts became, according to Anton Shekhovtsov, a Vienna-based Ukrainian researcher focused on Moscow's influence on Europe's right-wing extremists."Right-wing extremist organizations and parties are among the few political forces in Europe that still cooperate with the Kremlin," he said. Moscow, Shekhovtsov added, needs allies in the West, if only to show the Russian people "that Russia is not isolated."

Appearing in the Russian media is an obvious choice for the FPÖ and other right-wing populist parties in Europe — attention is after all a hard currency for politicians. The relationship is designed to ensure that both sides benefit, Shekhovtsov said. "When FPÖ politicians show up as election observers for the so-called referendum in Crimea, they are invited to a conference or meeting in Moscow, where they talk to the Russian media."

"It is completely irrelevant whether they are former or active neo-Nazis," Shekhovtsov argued. "All that matters is that they are elected representatives."

For Russia, it is not only about legitimizing Russian policies, but also about mitigating the consequences of international isolation. Right-wing populists from the FPÖ and other European Union countries are meant to help the Russian government establish contacts with medium-sized companies, said Shekhovtsov — companies that might want to invest in the occupied Donbass in eastern Ukraine or on the annexed Crimean peninsula, despite the international sanctions against Russia. 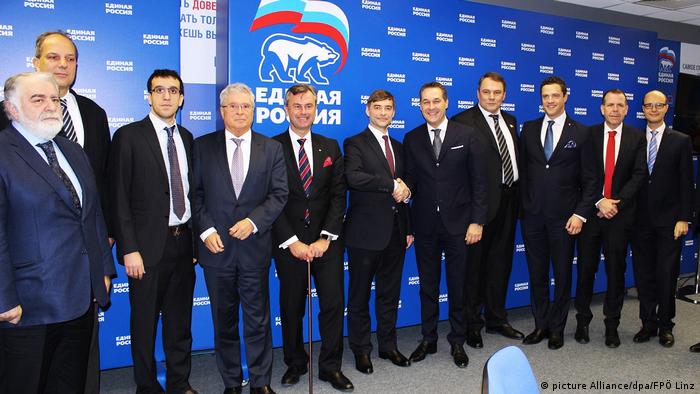 The FPÖ signed a cooperation agreement with United Russia in 2016

So it is a system of give and take that the FPÖ politicians Strache and Gudenus were well aware of when they met the alleged niece of a Russian oligarch in the summer of 2017. They knew that dubious Russian contacts were considered difficult if the media or political opponents caught wind of them, but that their own electorate probably didn't care, ORF's Joelli said, adding that the FPÖ primarily aims for voters who feel disadvantaged, and take a domestic political view.

FPÖ not likely to break off ties to Moscow

The scandal is certain to cost the FPÖ votes in the upcoming European Parliament elections, Joelli said. The party's unquestioning proximity to the Kremlin is not even the problem, he explained, even if the FPÖ's main contact to Moscow, Johann Gudenus, has since left the party. A change of course is not to be expected, according to Joelli, who said the FPÖ will continue to cultivate Russian contacts that go far beyond Gudenus, right up to new party leader Norbert Hofer, the man who co-signed the FPÖ's cooperation agreement with United Russia.

Officials in Moscow have been relatively silent on the scandal over the past few days, but they have claimed not to know the alleged niece of the Russian oligarch. The oligarch himself said he doesn't even have a niece.