Will trolls or truth win in the European Parliament elections? | Europe | News and current affairs from around the continent | DW | 16.05.2019

Will trolls or truth win in the European Parliament elections?

The battle for European Parliament seats isn't just among candidates; facts and lies are facing off too. Teri Schultz looks at whether the EU has shown up for the high-stakes duel adequately equipped — and in time. 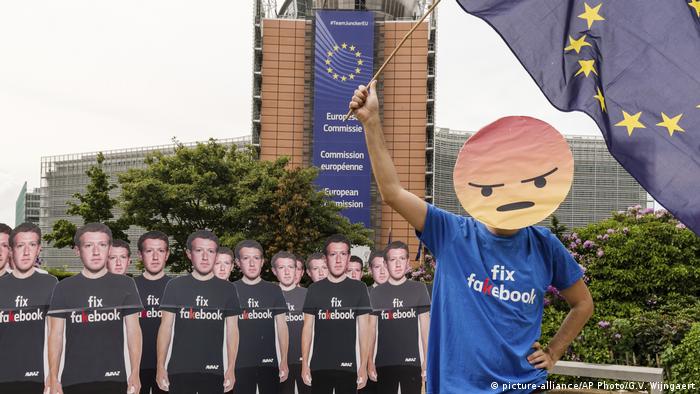 It appears the EU has only belatedly woken up to the fact that its upcoming parliamentary elections could become the target of Russian influence — in a similar fashion to Moscow's allegedly ambitious attempts to distort the democratic process in the US in 2016.

It took two more years for European Commission President Jean-Claude Juncker to declare the moment had finally arrived to "bring our election rules up to speed with the digital age to protect European democracy."

That was just eight months before the vote. It would be another two months before the EC released its "action plan"outlining efforts to increase awareness, communication, funding and monitoring plus creating an alert system to share tips on cross-border disinformation campaigns.

As part of the plan, Facebook, Google and Twitter agreed to take action such as speeding up the removal of fake accounts and incorporating more fact-checking — faced with the threat of being forced to do so by new regulations if their performance is found lacking.

Sticking to the facts

Lutz Guellner, head of strategic communications for the EU's European External Action Service (EEAS), said the EU has no reason to "hide and to be ashamed" about the timing of its initiative. "It's a collective decision that we need to take together with the member states in terms of how much we want to invest in this," he told DW. "Now it's important to piece all these elements together with the member states. That's the only way forward."

The suitability of that timeline is up for debate. Jakub Kalensky, now a senior fellow with the US think tank Atlantic Council, spent three years in the East StratCom Task Force, the EU's flagship effort to combat mainly Russian efforts to disrupt European democracy. Kalensky suggests a lag. "Expecting that we will solve the problem in the last two months before the elections...when the Russians have been working on it for the past five years? I think it's very naive."

It's not just timing — it's also resources. The EC estimates the huge troll factories in St. Petersburg spend more than $1 million (€890,000) per month staffing round-the-clock disinformation efforts. East StratCom, created in 2015, has only slowly reached a staff of 16 people and a budget of €5 million — per year.

Fact-checkers to the fore

But not everyone is banking on these bureaucratic efforts to lead the charge.

Out in the Flemish countryside in the basement of his family home sits a one-man antidote to the troll factories. Each morning, Maarten Schenk sits down at his desk with a cup of coffee and checks out the Trendolizer software he personally developed to track viral articles. 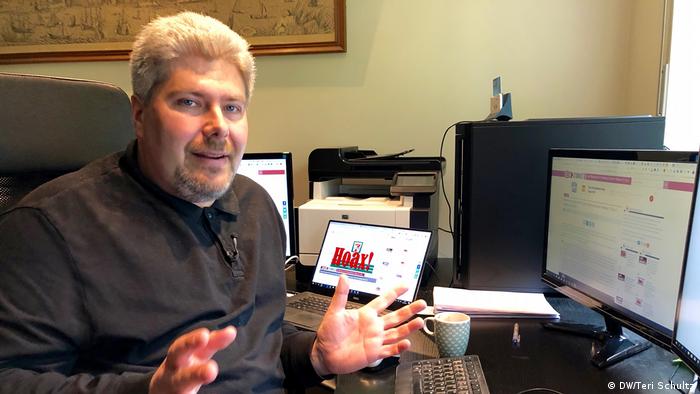 LeadStories.com founder Maarten Schenk is part of FactCheck EU, a partnership of nearly 20 organizations which report fake articles to Facebook

"And if it smells funny," he explained, scrolling the screen, "especially the kind of story that makes people angry or upset or confirms people in their bias like 'I knew Muslims this...'or 'I knew Trump that...', as soon as that's the sort of reaction that the story evokes then we try and take a second look." "We" refers to Schenk and his colleague in the US. They discredit the fake information on their website LeadStories.com with big fat red notices screaming "Hoax!" "False" or "Fauxtograph!"

And then Schenk's real power kicks in: For each story he can prove is wrong, he sends off a special fact-checker report to Facebook. The articles are thereafter "penalized" in algorithmic rankings and don't get shared as much, plus they carry a warning that the content's veracity is disputed.

While Schenk is primarily focused on debunking fake stories for his American audience, many of them superficial topics, his company's partnership with FactCheckEU, a cooperation among nearly 20 news organizations flagging fake stories ahead of the European Parliament elections, keeps him busy on the side trying to minimize potential malign influence.

Schenk characterizes this constant hunt as an "arms race." "We'll never catch everything," he acknowledges. "But that's not an excuse not to try," especially when it comes to elections. "In some cases, if you can swing a few hundred votes in a certain district or in a certain state, that might tip the balance. So it will undoubtedly have an influence."

The social-activism network Avaaz is another organization that assumed a fact-checker mantle after finding that misinformation and distortion of facts had made it practically impossible for the group to effectively communicate on core issues such as climate change and human rights.

Avaaz hired online investigators it calls "elves" who, as one example, identified right-wing networks ahead of last month's Spanish elections using fake Facebook accounts to spread lies and distortions to some 1.7 million people. Facebook had not detected the activity itself but took the networks down after Avaaz presented its evidence.

Another measure the company is taking to improve transparency is that all new political or issue advertisements must pass an authorization process including clear identification of who paid for them.

There are drawbacks. While fake Facebook users manage to reach millions of people, some EP candidates are finding it impossible to get their own campaign messages out at all less than two weeks before the vote. 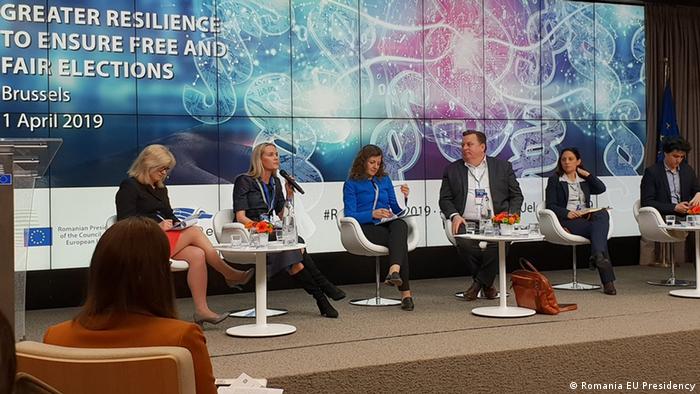 Finnish hopeful Aura Salla, a former European Commission adviser who advocated platforms taking greater responsibility, now finds herself extremely frustrated on the campaign trail. "You cannot promote anything if you have any other country in your profile," she explained, "like in mine, there is Belgium so I could not do any promotion." She says there's also an extremely long wait for ad approval — or rejection — and that the only way to complain is online, which is acknowledged with automated responses. "You have no idea in the end why it wasn't approved," she said.

The confusion and chaos has convinced Juliane von Reppert-Bismarck to forge a different route to fight the power of propaganda. Deeply concerned by the scourge of disinformation, she quit her career as a journalist and founded a non-profit called Lie Detectors. Von Reppert-Bismarck and her team go into schools in Austria, Belgium and Germany to train the voters of tomorrow how to avoid being manipulated.

Google has said it found evidence that Russian operatives exploited its platforms to spread disinformation. Facebook and Twitter have also said they uncovered politically divisive content emanating from Russia. (10.10.2017)

With European Union elections months away, Facebook has announced new measures to stop election meddling across the bloc. The measures include bolstering ad transparency and establishing regional defense centers. (29.01.2019)