Is Facebook doing enough to combat fake news? | Europe | News and current affairs from around the continent | DW | 05.05.2019

The social media giant has stepped up efforts to combat disinformation on its platform that could manipulate the outcome of the European Parliament elections. But is it doing enough? 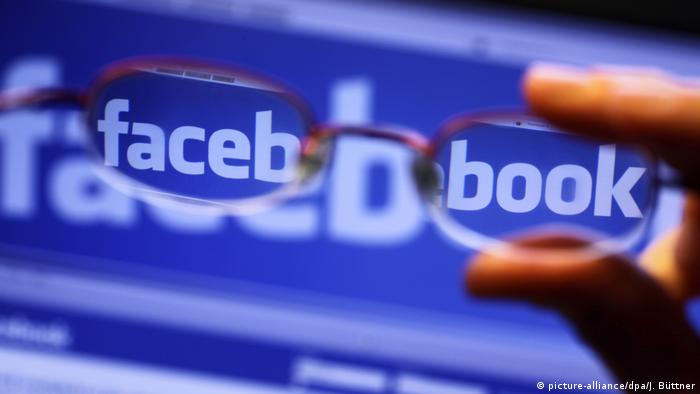 Recently, fake campaign posters were put up outside a Green party office in the Bavarian town of Donauwörth. One poster ominously stated: "Death to all white German men." The fake posters had been put up to discredit the Greens and intimidate their voters, and were swiftly removed. Pictures of the party office and the fake posters, however, can still be found on Facebook today. A group called "Reconquista Nordschwaben" shared the images on April 10, claiming that they depict the Green party genuinely vying for voters ahead of the European Parliament elections in late May.

It is still possible to share the post on Facebook, but anyone who does so will receive a warning that media accuracy reporters Correctiv and dpa Faktencheck doubt its factual accuracy. Facebook says that along with the fact checkers of Correctiv and German news agency dpa, some 40 other media organizations across Europe are presently tasked with verifying the accuracy of Facebook content.

The example in Bavaria is only one of many examples of how fake news like this is deliberately being shared on Facebook in order to sway political opinion. So far, however, it is still unclear how effective this strategy really is. Even so, it cannot be ruled out that disinformation campaigns may be able to manipulate the outcome of elections.

In four weeks' time, citizens of all EU states will get to vote in the European Parliamentary elections. It will be a pivotal election to determine the political future of the bloc, as many key decisions await the bloc's legislative body. Yet is Facebook doing enough to combat fake news ahead of this crucial election?

US elections a wake-up call

At a roundtable in Hamburg, Facebook's Public Policy Manager for Germany, Austria and Switzerland, Semjon Rens, admitted that the 2016 US presidential election was a wake-up call in terms of disinformation. US Special Counsel Robert Mueller's report documents the fact that Russian actors such as the Internet Research Agency (IRA) abused the social platform to spread disinformation for the purpose of swaying public opinion towards their preferred candidate, Donald Trump.

In the wake of the election, Facebook built up a team to combat disinformation, said Rens, adding that it had been difficult to find partners in certain countries. He said that while Germany's Office for Information Security quickly understood the importance of the issue, counterpart agencies in other countries were not quite as nimble.

In an effort to achieve greater transparency in terms of who paid for what political ad on Facebook, the social platform has now introduced a service that catalogs all advertising. The idea is to make it easy for users to see who sponsored what. Yet the service went online just weeks before the European Parliament elections because, as Rens explained, the 28 EU member states each have unique election laws.

Alexander Sängerlaub, who studies digital disinformation at Berlin's Stiftung Neue Verantwortung (SNV) think tank, welcomes the step, saying "it is a step in the right direction" and that he and his colleagues "are excited to see how the service will work in practice."

Preprogrammed: How to spot fake photos

Ads commissioned and paid for by political parties are only one form of political content on Facebook, however. There are plenty of other avenues on Facebook through which disinformation can be spread — and access to information about these remains blocked. While individual pages disseminating fake news can be analyzed, this alone is no panacea, argues Sängerlaub, adding that when it "comes to disinformation campaigns, it is often unclear which messages actors are sharing." He thus wants researchers such as himself to be granted access to all publicly posted content on Facebook so it can be systematically analyzed.

But Facebook has been cautious of data falling into the wrong hands ever since the 2017 Cambridge Analytica scandal — the company had shared the personal data of millions of Facebook users. Rens said Facebook has again started granting some researchers full access to public content, though it is unclear why some academics are selected over others. This means that, as Alexander Sängerlaub complains, "it will be extremely difficult to find out how much disinformation really was circulating" in the run-up to the European Parliament elections.

While fake news can to an extent be tracked on Facebook and Instagram, doing so on Facebook's messaging app WhatsApp is very difficult. That is because "WhatsApp uses end-to-end encryption, which means no data is saved on Facebook's servers," as Rens explained.

He said a public debate on the relationship between security and privacy is needed. Because "many people value data privacy, yet when it comes to the parliamentary elections they suddenly deem it a threat." In the run-up to the 2018 presidential election in Brazil, for example, political disinformation was widely shared on WhatsApp. As a result, Facebook temporarily limited users' ability to share content on the service. In this instance, according to Rens, the messaging service plays a very different role in Brazil than it does in Germany, so "WhatsApp is less important for the European elections." 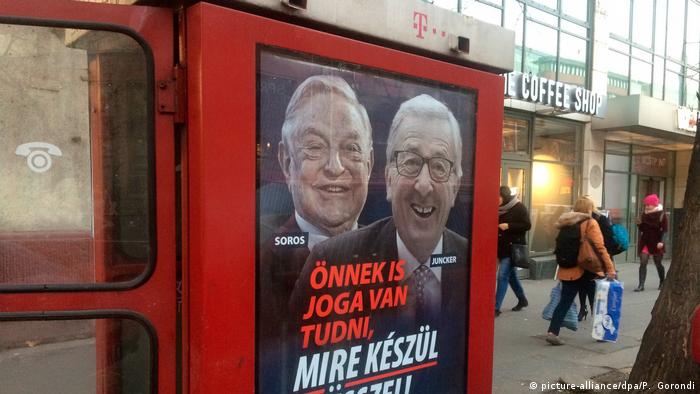 Tendentious or downright false content tends to get posted by fake profiles on Facebook. The platform keeps deleting such accounts, said Rens, though he declined to answer a request to provide exact figures in connection to the upcoming election. He also admitted that "we will never be able to delete all fake accounts on our platform."

Disinformation, meanwhile, it not limited to social networks, and is not just churned out by foreign troll factories. Sometimes, it is also spread by conventional media outlets, like German tabloid Bild. Earlier this year, it published a letter by some 100 lung doctors arguing that diesel engines were less harmful than reported. The tabloid never verified the accuracy of this claim. It has now been revealed that it was based on bogus calculations. Similarly, Hungarian President Viktor Orban has not shied away from commissioning anti-EU election posters disseminating falsehoods.

At the end of the day, it is our own responsibility to critically examine information we see and hear to avoid being manipulated. This applies to Facebook just as it applies to the offline world.

Mark Zuckerberg wants better internet regulation for "harmful content, election integrity, privacy and data portability." It comes after Facebook faced criticism over a deadly attack being livestreamed on the platform. (31.03.2019)

Facebook faced global condemnation after a gunman used the platform to livestream his attack on Muslims in Christchurch. Now Britain has unveiled laws to target social media firms for allowing harmful content online. (08.04.2019)

Moscow says US-based tech companies are violating Russian laws ahead of upcoming elections. The Russian government has previously threatened Apple and Google over a mobile app developed by the opposition.