The battle for the European Parliament is raging, with everyone from populists to pan-European newbies fighting for votes. Voting advice apps offer users help making a political choice. But is that all they do? 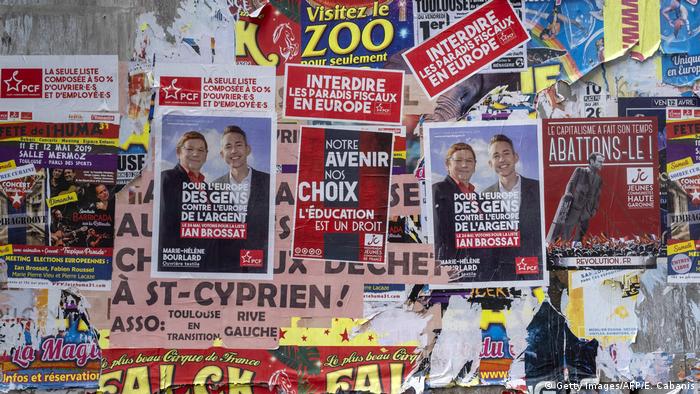 The stakes are high in the May 23-26 elections for the European Parliament, with a strong populist right and embattled traditional parties giving the vote the potential to reshape the EU. The estimated 374 million eligible voters across 28 member states face a numbing array of choice: Germans, for instance, have 41 parties to choose from.

The designers of digital voter advice applications (VAA), such as Germany's Wahl-O-Mat (Vote-O-Matic) and the new multicountry VoteSwiper, aim to make that choice clearer by using a quiz to line up users' opinions with parties' policy positions.

From fun, Tinder-like polls that ask users to swipe right or left to agree or disagree with statements to more nuanced surveys that deliver more complex results, statistics and discussion — the sheer variety of such apps is a choice in and of itself. But they all claim the same goal: to encourage debate, enhance political education and increase voter turnout. 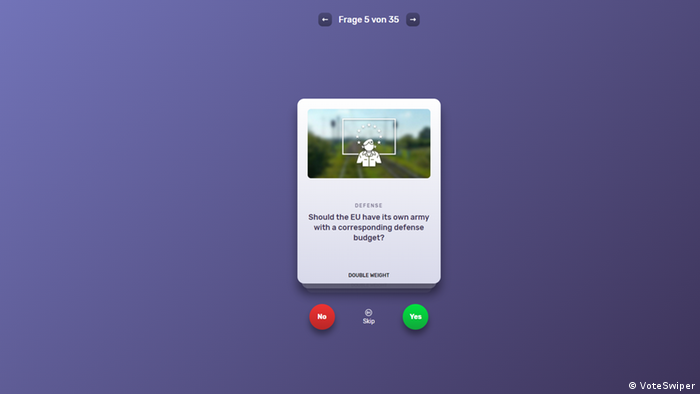 The VoteSwiper app asks simple yes/no questions, with the option to skip or double weight a question

VAAs are designed to influence democracy by design, and they are an increasingly significant force in politics:  10% to 40% of eligible voters in recent major European elections reported having used at least one of these apps.

But, given the fine line between "revealing" a preference match and telling a user how to vote, is it possible that these apps might nudge users toward a certain party or parties?

How questions are selected and phrased can end up doing far more than benignly informing: It can also construct and fuel political debate.

Even unintentional influence can be a big problem, according to Uwe Wagschal, a political scientist from the University of Freiburg, who worked on VoteSwiper.

"You as a researcher have your own positions, and the wording and formulation of questions might lead you (the user) in a certain direction," Wagschal said. 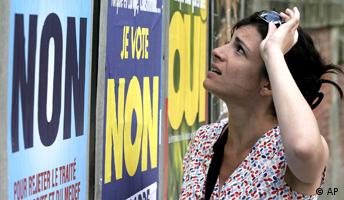 When it comes to the phrasing of questions, saying no is harder than yes

Developers need to be particularly aware of negativity bias, according to Stefan Marschall, an expert on VAAs from Heinrich-Heine University in Düsseldorf, who helped develop the Wahl-O-Mat.

"There's an acquiescence tendency, which means you tend to support statements that are positively worded," Marschall said, whereas negative statements are more difficult to agree with.

That means VAA designers "have an (implicit) choice of which parties they can favor if they know whether or not a positive or negative formulation can favor a party," according to Bastiaan Bruinsma, the author of a study on VAA effects.

Wagschal said another key way to skew political debate is by loading a questionnaire with lots of questions on one topic.

"In the context of Germany, if you asked ten questions on political refugees, migrants and criminality, you might influence the public to some extent. If you raise questions in this direction with a certain aim, this is a problem," Wagschal said.

Other elements — such as webpage design, the range of available answers or whether a VAA lets the user rate the relative importance of an issue — are all factors that might allow an app to suggest results that don't necessarily line up with a user's true opinion.

Ruurd Oosterwoud, a fake news and disinformation researcher, said there are unlimited ways these platforms can be manipulated to influence voters.

"Using these sites makes you vulnerable, like a robot. They don't reflect who I would actually vote for," Oosterwoud said. 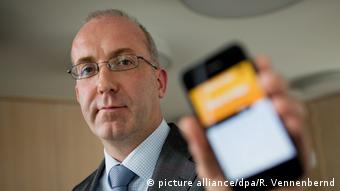 But some academics, including Marschall and Wagschal, are aware of the potential for VAAs to mislead and have thus developed strict standards for formulating questions and guidelines on transparency in order to improve VAAs' credibility and civic engagement.

Marschall said the Wahl-o-Mat's credibility rested on users' trust in the nonpartisan public authority that funds and supervises it: Germany's Federal Agency for Civic Education (bpb).

Overall, however, the motives behind the development of various VAA models are less impartial.

Bruinsma's study on question construction reported that political parties might try to influence that process "and push for the formulation of a statement in a fashion that favors them the most."

Additionally, some commercial rather than government-funded VAAs sell targeted political advertising on their websites.

One such site is iSideWith, which claims 5 million users in the UK and 800,000 in Spain. While it is not affiliated with any party, it offers to sell the aggregated, anonymous user data it generates back to political advertisers, helping them target their message and continuing a broader cycle of voter influence.

Parties themselves have even come up with their own VAAs to collect data, but their lack of credibility means the danger of them manipulating voters through their questions is fairly low, according to Marschall.

"The results always give you the same party. Obviously, people understand there is a certain purpose behind this tool," he said.

Read more: UK confirms participation in EU elections in May 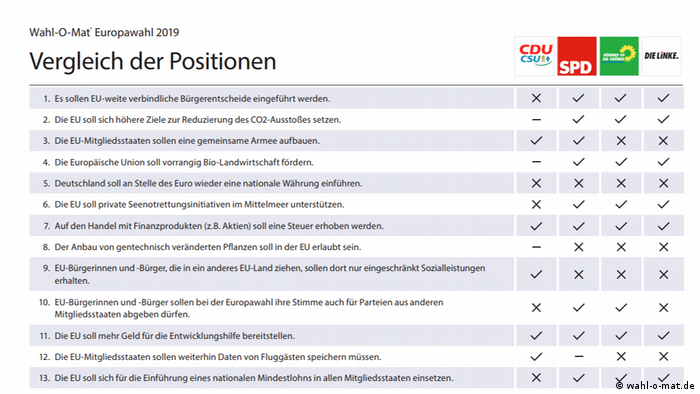 Given the nuances behind VAAs' potential — intentional or unintentional — to nudge, is it possible one or many VAAs could actually tip an election?

Most users are motivated to do more research after using a VAA, and some studies have shown users are more likely to switch their votes.

Additionally, one study of German voters found that "4% answered that they would use the Wahl-o-Mat or other devices as a means of forming their final vote," Wagschal said, a margin that could make the difference in a tight election.

Researchers are also looking at how VAAs can draw attention away from the traditional center towards "minor" parties — which could be seen as either polarizing or enhancing democratic politics.

The apps haven't seen any of the election scandals that have plagued other online media, but Marschall notes researchers have neglected questions around data protection and manipulation by hacking.

But for now, even as their usage grows, VAAs do not yet seem as influential as TV and newspapers. "For most elections, traditional media is still much more important than voting advice applications," Wagschal said.