Spanish mainstream parties are cozying up to the far-right Vox after their electoral gains in Andalusia. Are social and economic progress in the region in danger? Enrique Anarte reports from Seville. 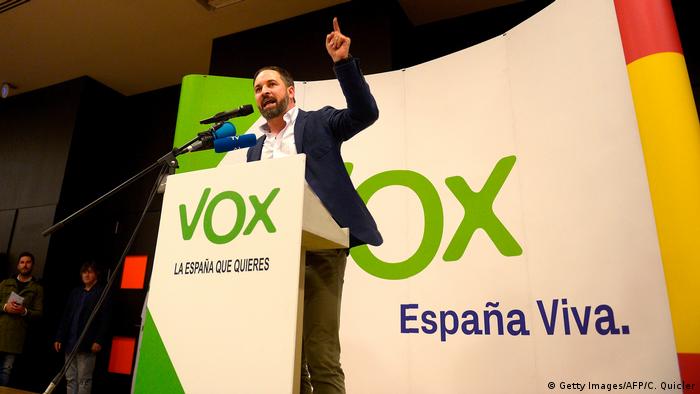 On the night of last month's regional elections, Ana L. and Lucia M. went to bed scared. The lesbian couple from Sevilla, both in their late 20s, could not believe that around 400,000 of their fellow citizens would vote for a populist party that "is against us," Ana told DW as they walked their dog in Sevilla.

The outcome has shaken Spain's political foundations. The far-right party Vox won 12 seats (out of 109) in the elections, marking the first time they've made it into a parliament. The fact that it happened Andalusia, which has been ruled by the PSOE (Social Democrats) since 1982, was all the more surprising.

Until that point, it had seemed that Spain was somehow immune to the electoral rise of populist far-right parties that has spread over parts of Europe, like the Alternative für Deutschland in Germany or Italy's League party.

Political scientist Eduard Güell told DW that several factors had made this possible, including an "unexpectedly high" abstention rate (around 42 percent), resulting partly from a "demobilization of the left." The other issue, once again, is the divisive question of Catalan secession.

The Catalan crisis began almost 18 months ago, but there are still no political or legal solutions in sight. In contrast to the former government's more combative approach towards separatism, Prime Minister Pedro Sánchez's Social Democratic cabinet has pursued a path of dialogue. And although this has achieved a relative de-escalation of the dispute, not everyone is happy with his course.

A battle of flags

The Conservative PP and the liberal Ciudadanos party have been pushing for a more hard-line intervention of the national government against the secessionist government in Barcelona.

Although just a regional election, "PP and Ciudadanos focused on the issue during the Andalusian electoral campaign, and Vox bet higher," Güell said.

For Domingo G., an 83-year-old pensioner on his morning walk through his neighborhood, "those parties are to blame" for Vox's electoral gains. "They did not talk about the problems of the people here, about education, healthcare or housing," he told DW. He thinks Vox is a "danger" to the Spanish democratic system and he's not the only one who holds that view. Indeed, Vox's radical stance on immigration, feminist policies, and LGBTI rights is, for many, justification enough to place a cordon sanitaire around them.

Catalonia unites the right, but social issues divide it

Guillermo Fernandez, an expert on far-right Identitarian forces, believes this will be difficult as long as PP, Ciudadanos and Vox have such a similar position when it comes to the Catalan problem.

In fact, these three parties have already struck a government deal for Andalusia, which will now be governed by a conservative-liberal coalition, with the support of the far right. Will moderate voters approve of such an alliance? The answer lies again in Catalonia and the "wounded national pride" of many Spaniards, Fernández told DW.

"They [Vox] are the ones who have prioritized the defense of our homeland," 35-year-old Juan F. told DW. Yet he does not want to say whether he voted for them in the elections.

Nevertheless, the moderate conservatives could find it difficult to work with Vox. The party is against many of Andalusia's progressive laws, including those on gender protection, LGBTI equality or those in support of the victims of Francisco Franco's dictatorship. No one currently knows what their strategy and demands will be now that they have reached a deal with PP and Ciudadanos.

A Spanish (and European) trend

Meanwhile, the entire country is closely watching the situation in Andalusia. Most polls predict that Vox would make similar gains at the national level. And snap general elections are a distinct possibility should Sánchez fail to get enough support in the Spanish parliament for his budget. In addition, the upcoming trial of several secessionist Catalan leaders is likely to add further fuel to the fire.

"All signs indicate that Vox has come to stay," Güell said. In his opinion, "one cannot understand how the far right has erupted in Spain without understanding the European and international perspective and how these populist far-right parties communicate and feed off each other." 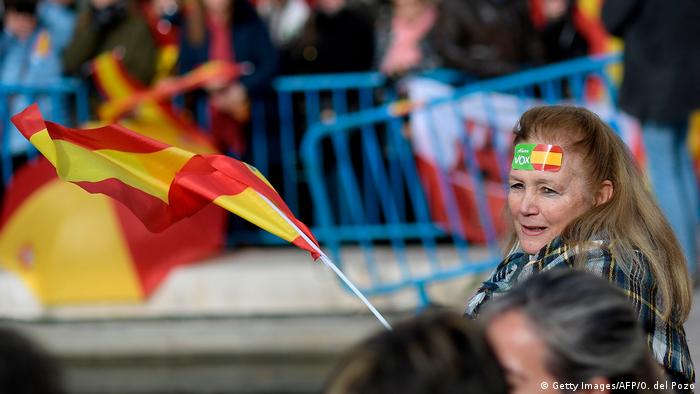 Could Vox become a force at the national level?

Sociologist Fernández is slightly more optimistic, at least in the long run. "They have the ability to condition the public debate and the agenda, and they will promote polarization," but he also believes that "they do not propose any solution, so at some point Spanish society will turn its back on them."

The question is now what part, if any, they will play in helping to solve the region's economic problems, including high unemployment and easier access to affordable housing.

Paqui G., a 53-year-old teacher, is also worried about Vox's influence on the other parties. "If they get a similar result in the general elections, we are going to lose a lot of rights and values that we gained over the course of many years. It's not just about gender equality," she told DW. "My generation lived it, we fought for [those values] in the streets, we voted for them as citizens. And now we are moving backwards, like crabs."

Spanish far-right on the rise after gains in Andalusia?

After Spain's Vox party won seats in Andalusia's regional parliament, is the far right making a comeback, all these years after the Franco era? DW spoke to political expert Luis Moreno Fernandez to find out. (05.12.2018)