Spanish far-right on the rise after gains in Andalusia? | Europe | News and current affairs from around the continent | DW | 05.12.2018

Spanish far-right on the rise after gains in Andalusia?

After Spain's Vox party won seats in Andalusia's regional parliament, is the far right making a comeback, all these years after the Franco era? DW spoke to political expert Luis Moreno Fernandez to find out. 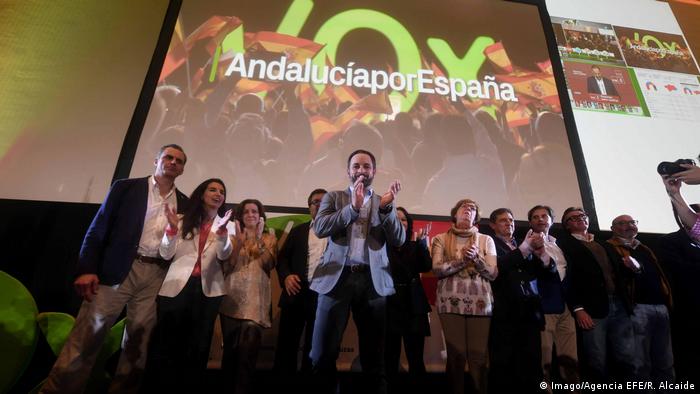 Luis Moreno Fernandez: I would not call it a turning point. But it is certainly a change and a surprise. Many suspected Vox would win 1 or 2 percent of the vote — but nobody expected 11 percent. That really is a lot. After all, Andalusia has about as many people as Switzerland, to put things into perspective.

Are Spanish right-wing parties on the rise?

That remains to be seen. But it cannot be denied that right-wing parties are gaining influence in other parts of Spain, too. It is possible that right-wing figures will be elected in the upcoming regional and national elections — though they will receive a smaller percentage of the vote than Vox did in Andalusia.

Far-right parties like the French National Rally managed to establish themselves a long time ago in their respective countries. Why have Spanish voters so far been less susceptible to nationalist and xenophobic sentiments?

That has a lot to do with the Franco dictatorship, which lasted 40 years and had a profound impact on people's lives. Afterwards, most people were glad Spain had become a democracy and were eager to keep fascism and nationalism at bay. Voting for a far-right party would have been like endorsing the Franco era. But now 40 years have passed since the end of Franco and fewer people think like this. Increasingly, issues like migration, EU-skepticism and opposition to abortions are receiving more attention; these are topics which also helped other European right-wing populists gain political influence. 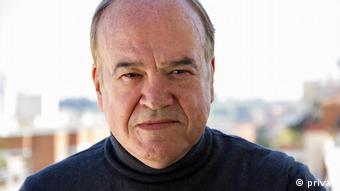 One of the reasons why far-right parties could not get a foothold in Spain has to do with Spain's conservative People's Party (PP), right?

Exactly. The People's Party used to get votes from different social strata and appealed to people in the center all the way across to the far-right. But that is changing. Like in Europe, the party system is becoming fragmented. We could see that many former PP voters cast their ballot for the Vox party in Andalusia's election.

To what extent is the success of the far-right a result of the electorates' frustration with large catch-all parties?

Well, there is a lot of frustration. Migration, unemployment and corruption are major issues for Spaniards. The PP and the Spanish Socialist Workers' Party (PSOE), who previously governed Andalusia, are accused of corruption. Vox used this to drum up support during the election campaign. And Catalonia's independence movement has also sparked fierce opposition. Vox has taken a tough stance against separatism.

Does that mean Spain will become like other countries with regard to right-wing populists and extremists?

Right-wing parties in other European countries have a much longer history and much more political influence. Think of the Sweden Democrats, who won 18 percent in the last elections, or the Alternative for Germany (AfD), who got almost 13 percent. Things are still quite far off from that in Spain. But the overall trend is pointing in that direction. The elections to the European Parliament will be held in May 2019 and if the far-right populists manage to get a stronger foothold that could really mark a turning point.

Hardline anti-lockdown leader Isabel Diaz Ayuso's victory deals a blow to Spain's governing Socialist Party. But she will need the support of the far-right Vox to rule the capital.