Opinion: The far-right twist in the Swedish fairy tale

The illusion is over for Sweden: The poster child of the social-democratic welfare state is just a country like any other. It will have to get used to new coalitions and a harder political tone, writes Barbara Wesel. 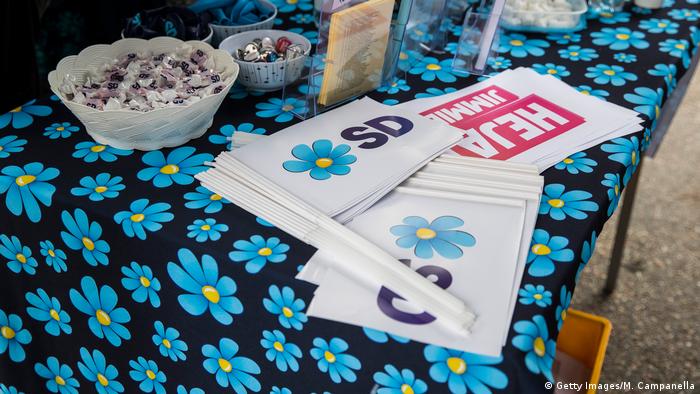 The glory days for social democracy are drawing to a close in Sweden. Granted, the party that dominated for decades and blessed the populace with an unparalleled welfare state did not fall as far as anticipated. Neither did the far-right Sweden Democrats surge as high as pollsters predicted.

But — parallel to experiences in other European countries — the inexorable rise of the far-right in Sweden was accompanied by excessive media coverage that implied the extremists had been catapulted into government. Just like in other countries, the majority of voters cast their ballots against the populists and their poisonous rhetoric. 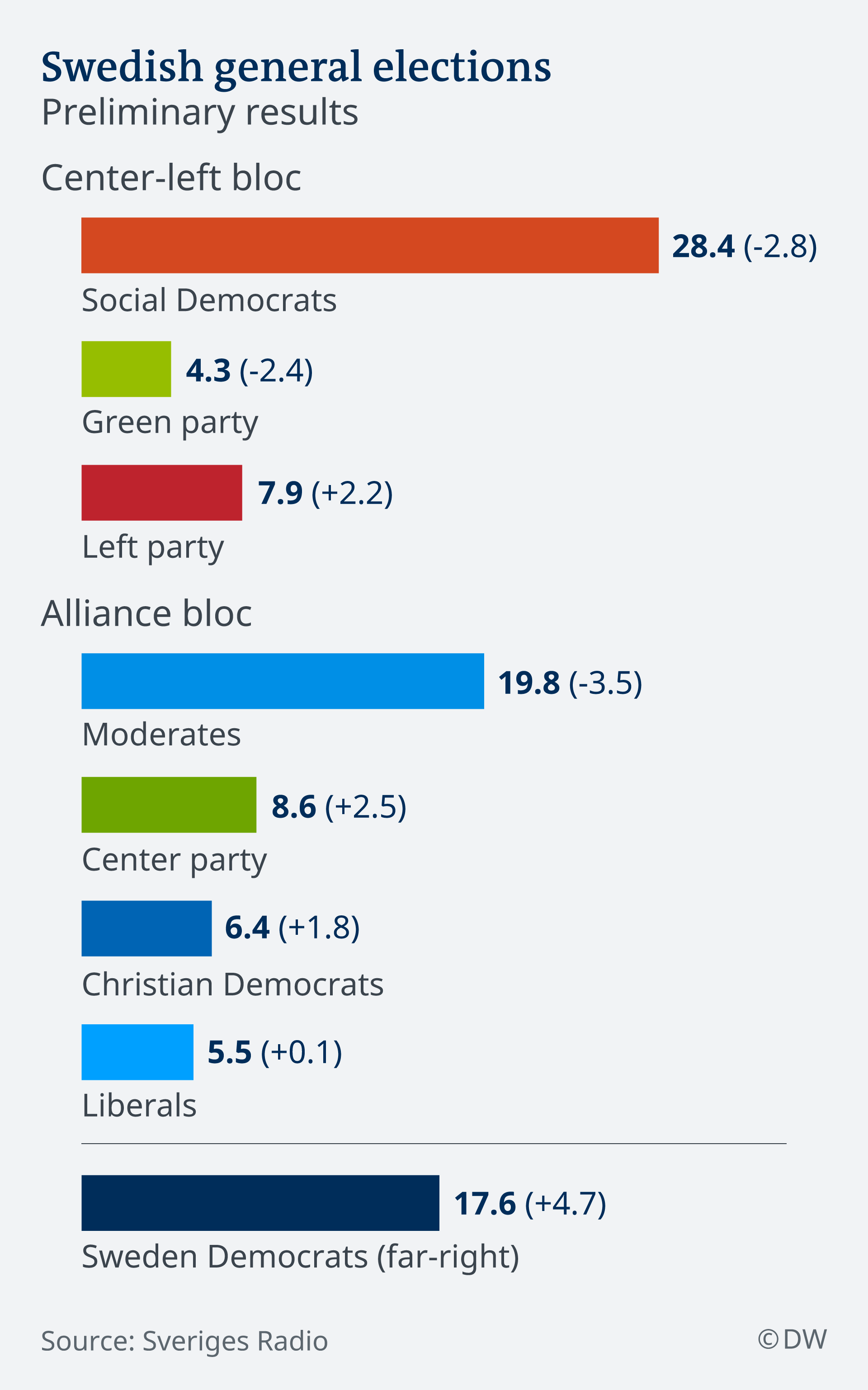 The end of Sweden's special status

Many Swedes are concerned about their country's new-found path. The Scandinavian role model presented an image of a humanitarian superpower for so long. Now it finds itself more like the rest of European politics. Sweden appeared to be above the fray of national self-interest, confrontation and xenophobia. The country's far-right populists have shown that these sentiments were simply lurking beneath the surface. Swedes are by no means better people; they, too, are plagued by the insecurity and fear so easily converted into hatred.

The election results also show up as nonsense the theory that the have-nots and an economically troubled underclass bolster the new right wing. Sweden enjoys solid economic growth, low unemployment and a functioning social welfare system.

The gap between rich and poor has widened somewhat, however, which some Swedes see as an affront to their right to a peaceful and secure life. Blame for this landed quickly at the door of migrants. The Sweden Democrats' success is down to the insecurity they sow in voters' minds. They thrive off exclusion and preach a brand of Swedish nationalism that, while antiquated and rather laughable, is highly effective. They sing from the same hymn sheet as their brethren elsewhere in Europe, like the Alternative for Germany (AfD).

Sweden's established parties will need to relinquish their all-too comfortable lives and sharpen their political profiles. They need a new leadership style because the existing one of the inconspicuous union member next door isn't working anymore. The TV debate before the election, which the charismatic populist Jimmie Akesson owned, made that clear. Social Democrats and conservatives need to do away with soulless bureaucrats in favor of high-profile leaders who can pull at voters' heartstrings.

Moreover, the existing center-left and right blocks need to bite the bullet and find common democratic ground on which to build new coalitions.

It remains to be seen if Sweden's conservatives and Social Democrats are capable of such political discretion and maturity. Their immediate post-election statements would suggest not. However, the future of their parties and their country as a stable democracy depend on it.

Regardless, Sweden is in for a new era; the Bullerby idealism is over. Politicians and citizens alike must learn how to openly deal with social conflict. Above all else, they have to counter the poison of right-wing populism with their own vision of a modern Sweden. Sad to say, but liberal Sweden has gone the way of other countries: Full of doubt, insecurity and in search of a safe space in a dangerous and confusing world.