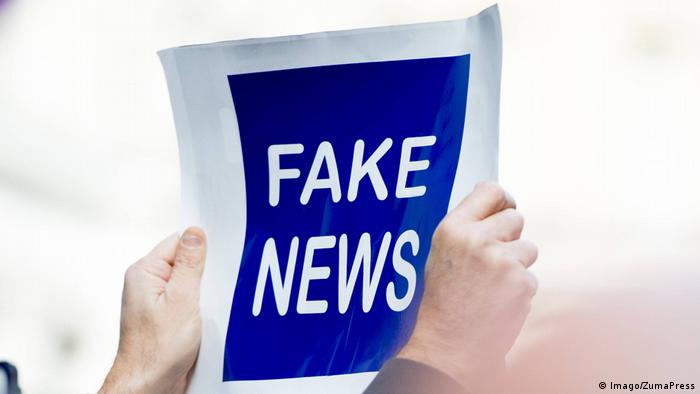 "We cannot allow for election results in even one member state to be distorted by manipulation. Not solely, but also in part because these elections will decide the destiny of Europe," Jourova told the newspapers of the Redaktionsnetzwerk Deutschland (RND).

According to the justice commissioner, organized disinformation campaigns from abroad are seeking to exploit current divisions in society.

"This makes it hard to identify them. We are currently experiencing a digital arms race. Europe needs to be aware," Jourova said.

In the fight against disinformation, the EU has set up a unit called "StratCom" to uncover disinformation coming from Russia. The unit reviews Russian media as well as manipulated news in other publications and makes their findings public.

The New York Times reported Sunday that numerous accounts linked to Russia or far-right groups have been spreading false information and divisive stories ahead of the European election.

The paper reported that in Germany, the suspected accounts support the far-right Alternative for Germany (AfD) as well as far-left antifa groups in a bid to provoke divisions. Experts cited in the report said that the current campaigns in many ways mirror the pattern of Russian interference in the 2016 US presidential election.

Lithuania's Foreign Minister Linas Linkevicius called for vigilance ahead of the EU-wide vote, saying that the upcoming vote will be a big test for the bloc.

"The European election is a test run of whether defense mechanisms against Russian interference work. We cannot be naive. Moscow is trying to create a permanent state of instability in the EU and exploit it for its own interests," Linkevicius told RND.

The European Parliament elections are due to take place from May 23 to 26.

Voters in Germany want their elected representatives in Europe to tackle the environment more than any other issue. In a new survey spanning eight countries, migration was seen as the overall most pressing challenge. (13.05.2019)

How will independent journalism survive the war in Ukraine? 21.06.2022

The EU executive has said it will set out a new mechanism to punish disinformation. The bloc's top diplomat cited what he said were lies intentionally spread by Russian state-owned media.

Ukraine says retaking Snake Island is a warning to Russia — as it happened 08.07.2022

Ukraine's Volodymyr Zelenskyy said his country's flag on Snake Island shows Moscow that Ukraine "will not be broken." Meanwhile, Russia's Vladimir Putin threatened to intensify his attack on Ukraine.