Voters in Germany want their elected representatives in Europe to tackle the environment more than any other issue. In a new survey spanning eight countries, migration was seen as the most pressing challenge overall. 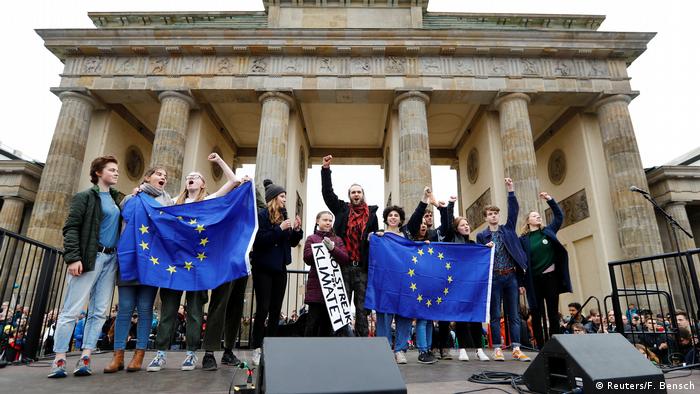 German voters see the environment as the No. 1 issue facing the EU ahead of European elections later this month, according to a poll published early Monday. From a list of 16 topics, 34% of respondents said protecting the planet from climate change was their top priority.

The second most pressing issue was migration, highlighting a debate that has preoccupied the bloc especially since the large-scale arrival of asylum-seekers in 2015, resulting in several different policy factions across the 28 member states.

With all eight countries taken into account, migration was in first place as the biggest challenge, with environment and climate protection in second.

Although Germany was once seen as a leader in environmental protection action, that reputation has been somewhat diminished in recent years as the government has focused on immigration and the economy.

High-profile decisions such as massive destruction of one of the country's oldest woodlands, the Hambach Forest, to make way for coal interests, has further damaged the country's image.

The poll was carried out by research firm YouGov for Germany's Welt newspaper and seven other media outlets that are part of the Leading Newspaper Alliance (LENA). It surveyed 8,000 EU citizens from eight different countries.

The majority of respondents from all eight countries agreed that EU membership was a good thing for their respective nations – but the highest rate of approval came from Germans and Poles, where about 70% of voters agreed that their country should stay in the group.

Migration has dominated European politics since the 2015 migrant crisis. But ahead of May's EU parliamentary elections, an ECFR study has shown that many Europeans are more concerned about emigration than immigration. (01.04.2019)