If the Hungarian prime minister and Austrian vice chancellor get their way, anti-migration forces will emerge as victors in the upcoming European Parliament elections. 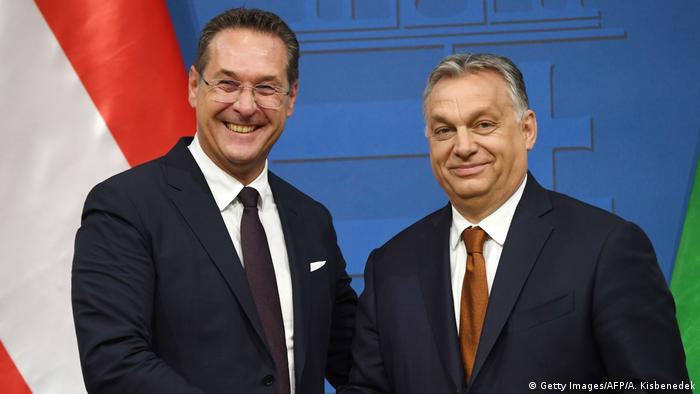 "If in Austria the governing center-right party can cooperate with the patriotic right-wing party, then why can't this happen at the European level too?" Orban said during a visit from Austrian Vice Chancellor Heinz-Christian Strache.

Orban said that the previous left-wing administration in Vienna had "done everything" to stop Hungary from building a border fence during the migration wave of 2015, and said he wished that every nation in the EU would do a similar about-face on immigration.

The meeting came just days after Strache was condemned for using the racist phrase "population replacement" to refer to non-white immigration.

Both leaders used the opportunity to praise other right-wing parties across Europe and condemn leftists as "intolerant."

"Deputy Chancellor Strache and the FPÖ were necessary for Austria to become opposed to immigration," said Orban, according to his communications chief, Zoltan Kovacs.

Austria has introduced a number of draconian measures aimed at restricting non-white immigration since Kurz took office in 2017, such as seizing migrants' phones and valuables at the border, and has refused to sign the UN's Global Compact for Migration. Kurz has also supported Orban's stauch opposition to plans to more evenly distribute migrants throughout the EU.

Both Strache and Orban praised their ethno-nationalist counterparts in Italy's League party, as well as Poland's Law and Justice (PiS) party. When asked where they would draw the line when cooperating with other right-wing groups, Strache said "we categorically reject all anti-Semites and fascists."

The head of Austria's nationalist Freedom Party wants to place refugees in army barracks. Critics are appalled. But this isn't the first time the FPÖ has made headlines with populist campaigns. (05.01.2018)