ASEAN 50 years on: Success or failure?

50 years ago, ASEAN emerged as a beacon of unity in Southeast Asia. Today the group is beset by security challenges stemming from the new US administration, a lack of economic integration and a poor human rights record. 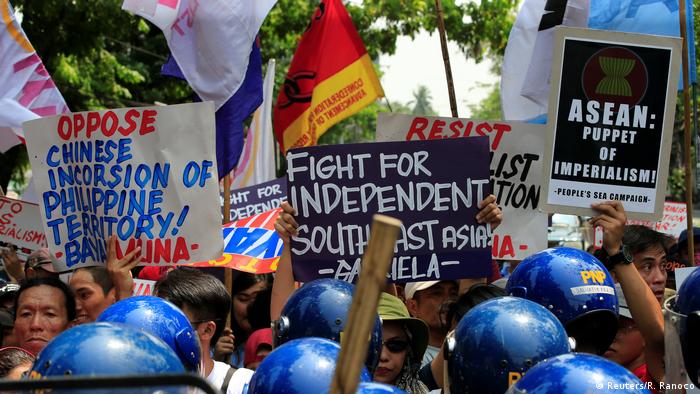 As the age of colonialism in Southeast Asia drew to a close in the mid-20th century, ASEAN was formed in 1967 as a means of showcasing a new kind of regional unity and increasing the prosperity of Southeast Asia. However, as far as regional groupings go, ASEAN has long lived in the shadow of the larger and more powerful European Union (EU). Yet, we are frequently reminded of the importance of the so-called Asia-Pacific century - a term used to describe the prediction that the 21st century will be dominated by a number of developing states in the Asia-Pacific region.

As the Trans-Pacific Partnership (TPP) trade pact is on the verge of failure, Asian nations are pinning their hopes on the China-endorsed RCEP agreement. DW examines how the deal might affect trade ties in the region. (02.12.2016)

The EU and the 10-member bloc of Southeast Asian states are to put a trade pact back on the agenda after a 7-year hiatus. Currently only Singapore and Vietnam have free trade deals with Europe. (10.03.2017)

As ASEAN leaders prepare to meet this week, tensions are simmering over China's continued military build up in the South China Sea. Ana P. Santos reports from Manila. (27.02.2017)

As the 30th ASEAN summit kicks off in the Philippines on Saturday, April 29, the organization attempts to take advantage of this geopolitical shift and live up to its original raison d'être.

The most immediate challenge is undoubtedly the new US administration's potential impact on ASEAN's security in the Asia Pacific.

Only two months after Donald Trump's inauguration, a foreign policy blackout has already come into effect, leaving ASEAN leaders unsure of the US' intentions.

Avery Poole, Assistant Director of the Melbourne School of Government at the University of Melbourne, says the main concern arising from Trump's election is that it could signal the end of the US foreign policy "pivot" towards Southeast Asia which was initiated under the previous Barack Obama administration.

"While it is still early days in the Trump administration, the expectation among most analysts would be that the region will be less of a priority for the US," Poole told DW. "For ASEAN itself, this is a concern for security and stability in the region - although ASEAN has always sought to balance the influence of major players in the region, including the US and China."

If the US were to pull away from ASEAN, China's increasingly dominant presence in the region could create problems.

"A US retreat from the region clearly raises the specter of increasing Chinese influence," said Poole, "China's involvement in investment and trade is welcomed by most Southeast Asian states, but there is also a sense of not wanting China - or any major power - to become too dominant." 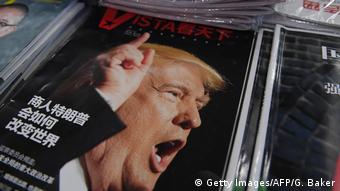 ASEAN then will need to work on balancing the prevailing influence of the two major powers in order to safeguard its own interests - a task which could prove more difficult as a result of the new US administration.

Poole cautions against alarm however, "It may be that the predictions of US withdrawal are overstated. US military and strategic advisors surely see the continued importance of US presence in the region."

As the only other regional economy of its kind outside of Europe, ASEAN has the potential to develop some serious economic clout. If the organization were a single country it would already rank in the top ten global economies.

However, ASEAN has not yet achieved its major goal of economic integration. The establishment of the ASEAN Economic Community (AEC) in 2015 was viewed as the first step in addressing this, but it still lacks a common regulatory framework, ultimately preventing ASEAN from becoming a major economic player.

So what is preventing the economic integration of ASEAN member states almost 50 years down the track? Analyst Poole believes diversity among member states with regard to economic development is the main issue - while states like Singapore and Brunei have relatively high GDP's per capita, others such as Laos, Cambodia and Myanmar have far lower levels of prosperity.

"Despite the ASEAN rhetoric of 'unity' and 'community,' there is incredible economic, political, religious, cultural and linguistic diversity among ASEAN states, which creates barriers to economic integration," underlines Poole.

"In the EU, new member states must be liberal democracies with market economies; there are no such criteria for ASEAN member states, which range from authoritarian, to socialist and democratizing states," Poole added.

"The regulatory environments, levels of government intervention in the economy, physical infrastructure, and so on are just incredibly diverse - far more so than in Europe."

ASEAN's AEC Blueprint 2025 provides extensive broad economic directions and strategic measures over the next decade, with a focus on economic integration. It won't be an easy task, but if member states were to successfully develop and implement common economic policies and trade agreements, ASEAN's potential as a competitive single market and global production base could become reality. 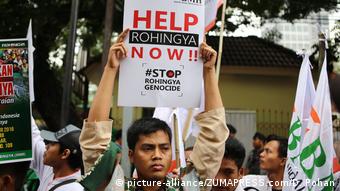 Despite global outrage, ASEAN refuses to suspend Myanmar as a member

ASEAN's reputation, when it comes to tackling human rights issues, is another major challenge which has plagued the organization for decades. Myanmar's Rohingya refugee crisis has drawn particular attention to this subject in recent years. Despite global outrage triggered by numerous alleged human rights abuses, ASEAN remains steadfast in its policy of non-interference and refuses to suspend Myanmar as a member.

ASEAN appears to have at least attempted to address the human rights issue on the surface. The ASEAN Intergovernmental Commission on Human Rights was established in 2009 and by mid-2012 the Commission had formally drafted its own ASEAN Human Rights Declaration.

Despite this, the declaration has been strongly criticized by a number of international observers, as well as members of ASEAN civil society. Human Rights Watch has described the document as a "declaration of government powers disguised as a declaration of human rights."

"The human rights initiatives really came about because some states (particularly Indonesia, but to some extent the Philippines and Thailand) pushed for them, as human rights have become important in their own domestic political contexts," said Poole.

"Other states were much more resistant, but agreed with the knowledge that the ASEAN norms of non-interference and consensus decision-making were to be reaffirmed. This has reduced the chance that their domestic human rights situations would be scrutinized too heavily.

"But the AICHR does not have a mandate to receive individual complaints or conduct investigations, so it is still far behind Europe in terms of making a real difference for the rights of Southeast Asian peoples," argued Poole.

Ultimately, the past 50 years have shown that ASEAN, while capable of change, tends to do so very slowly in line with the so-called "ASEAN Way."

Analyst Poole fears the organization may even go backwards. "I don't really expect ASEAN to change much at all - except to potentially regress in some areas, given that we see a possible backsliding from democracy in some states, for example with the election of Rodrigo Duterte in the Philippines and continued martial law in Thailand."