As Angola decriminalizes homosexuality, where does the African continent stand? | Africa | DW | 10.02.2019

As Angola decriminalizes homosexuality, where does the African continent stand?

Angola has done away with criminalizing homosexuality, removing a notorious "vices against nature" provision in its penal code. Other African nations still punish people for same-sex relationships. 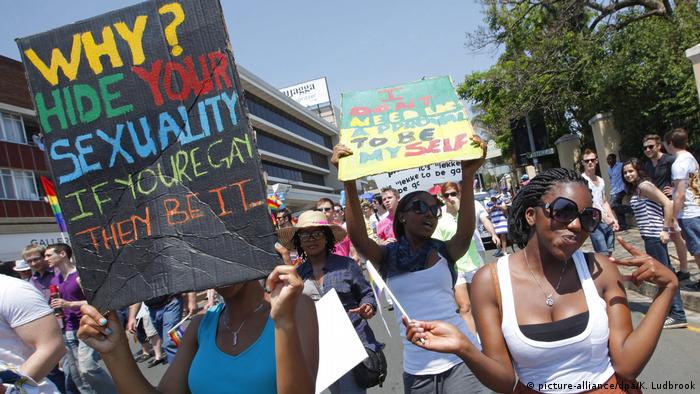 Angola has decriminalized homosexuality — 133 years after the passage banning same-sex relations was included in the country's penal code when the southwest African nation was still a Portuguese colony. The so-called "vices against nature" provision in its law could send same-sex couples to prison.

The reform has been hailed by human rights activists who have been pushing for equal rights for the Lesbian, Gay, Bisexual and Transgender (LGBT) community in Angola and other African countries.

"Associacao Iris Angola," an organization advocating for LGBT rights which was founded in 2013, had already been given legal recognition in 2018. The organization's head Carlos Fernandes welcomed the move of abolishing the legislation which dates back to 1886. However, he added, much more is needed to protect homosexuals in Angola. Up to four members of the LGBT community were killed in the past three years, he said.

"I think there's now a legal framework to go after homophobic crimes," he told DW. LGBT organization Iris Angola was given legal recognition in 2013

Even though Angola didn't prosecute homosexuals and lesbians in the past few decades, same-sex relationships were still largely considered taboo by Angola's conservative government, largely due to the powerful influence of the Catholic Church. That might have been part of the reason why the anti-homosexuality provision was not changed earlier.

"Politicians probably noticed it was time to change the penal code and update it to reflect our times," Neela Ghoshal of the international human rights organization Human Rights Watch (HRW) told DW.

She adds that there was no big debate within Angolan society in light of the change because an awareness of and tolerance towards same-sex relations already existed. The government's decision to also ban discrimination "demonstrates that it's not just a passive acceptance of LGBT rights, but really an active protection which is not something that we've seen in many other countries," she said. "It's quite unusual."

People who refuse to hire others because of their sexual orientation can now face up to two years in prison.

According to HRW, there are signs that other countries in the region are poised to decriminalize homosexuality — and they haven't faced much backlash within society as a result.

The southeast African nation of Mozambique for instance decriminalized homosexuality in 2015. Mozambique is also a former Portuguese colony and scrapped the same provision back then. But it still didn't go so far as to give legal recognition to Lambda, the only LGBT organization in the country. 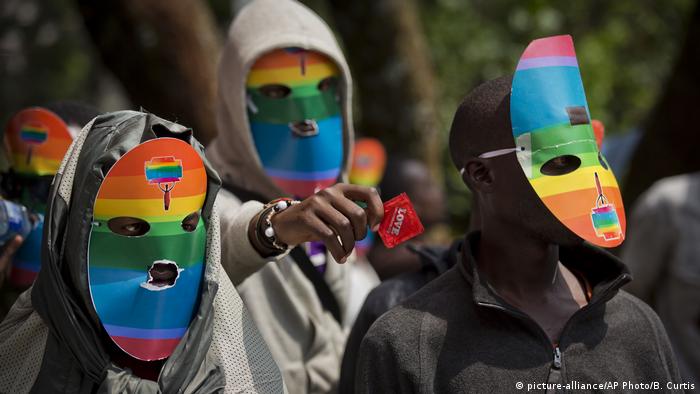 Homosexuality is still a taboo in many African societies

Human rights organizations in other African nations such as Kenya and Botswana are currently fighting against the legal discrimination of homosexuals in court. In Zimbabwe the situation has gotten a bit less tense since long-term leader Robert Mugabe lost power — he was one of the driving forces in stirring up hate against homosexuals. HRW says the new government has already met with LGBT groups.

But the LGBT community still faces rampant discrimination in Uganda, Goshal said. "Many politicians have gotten support from voters because of their negative stance towards homosexuals," she told DW, adding she doesn't believe the government is going to change their attitude anytime soon. Uganda is known to rigorously persecute homosexuals and often hands down harsh prison sentences.

By contrast, South Africa's approach towards homosexuality is far more liberal — after apartheid, the country was the first nation in the world to change its constitution to ban discrimination against sexual orientation. In 2006, South Africa became the first African country (and the fifth country in the world) to allow same-sex marriage. Even so, members of the LGBT community in South Africa often experience violence and some have even been killed, according to HRW.

"The government had done too little to help transform public opinion," Goshal said. "That's going to be the challenge for all countries."

Hope for change in Namibia 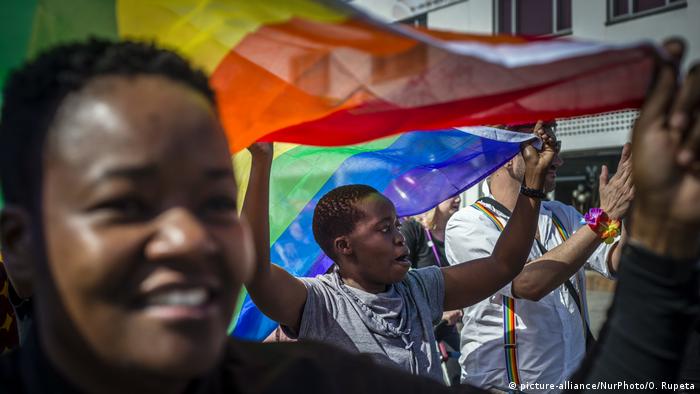 And the LGBT community in Namibia is growing. The first pride parade was held some three years ago. "We are really at a point where even the police chief inspector wants to do diversity training within the police force to make clear they are there for all Namibians, no matter the sexual orientation," said Friedel Dausab, who heads the human rights organization Out Right Namibia.

"I believe that marriage for all will still come in my lifetime."

How gay activists from Berlin visited the 1970s USSR

The Soviet leadership of the 1970s thought a group of German gay activists were communists and invited them to visit Moscow — where homosexuality was criminalized. Their Russian tour guide at the time spoke to DW. (15.12.2018)

Tanzanian President Magufuli's threat to clamp down on homosexuals is creating a climate of hatred and fear. It is not the first time the government has targeted certain groups, thereby provoking heated debate. (22.02.2017)