How gay activists from Berlin visited the 1970s USSR

The Soviet leadership of the 1970s thought a group of German gay activists were communists and invited them to visit Moscow — where homosexuality was criminalized. Their Russian tour guide at the time spoke to DW. 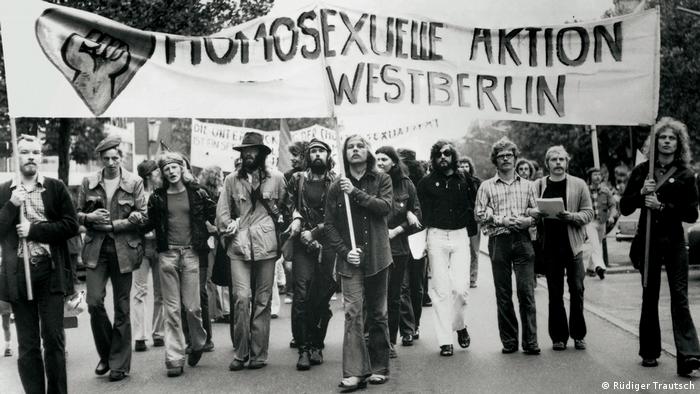 It's an unusual story from 1978: The Soviet Union's Communist Party (CPSU) invited gay activists from West Berlin to Moscow, while more than 1,300 people nationwide were convicted by Soviet courts for "sexual intercourse with men." Sexual acts between men were punished with up to five years' imprisonment or forced labor. DW spoke with Larisa Beltser-Lisyutkina, a cultural scientist and former professor at Freie Universität Berlin.

DW: Ms. Beltser-Lisyutkina, how did you come to accompany a group of German homosexuals on a visit to the Soviet Union?

Larisa Beltser-Lisyutkina: After graduating from Moscow State University, I worked at the Institute of the International Labour Movement. Since its employees were fluent in foreign languages, the CPSU's Central Committee asked us to look after foreign guests from time to time.

One day I was called to the Central Committee's curator. He said a few young communists from an organization called HAW would be coming to visit. They would support our country and seek contact with young people. Comrade Kapitonov had met them during a trip to West Berlin and invited them to Moscow. Ivan Kapitonov was secretary of the CPSU's Central Committee, a very high position. I was surprised that I could not find the name of the organization representing our guests in any directory. It was acquaintances from West Germany who cleared things up when they told me HAW meant "Homosexual Action West Berlin."

But I had already received vouchers with which I could pay any amount in any restaurant, hotel or cinema. I saw a strange group arrive at the airport: two young, slim, hippie men, a woman who turned out to be an Englishwoman, and a bulldog. We drove to the hotel "Metropol" in a limousine.

The boys immediately asked, "Where are the youth clubs?" I said: "We have youth clubs at the communist youth organization Komsomol and at the universities." "No, those clubs where young people meet of their own accord. Like discos," they said. "Of course, Komsomol also has discos," I replied.

The very next day, they asked, "Where are gay clubs?" I said, "There are no special gay clubs. Homosexuals just mix with young people." For three days I showed them Moscow, the opera and restaurants. On the fourth day, when they insisted on pressing the issue, I took them to a quiet cafe and told them everything: "There are no gay clubs. No one can openly come out as gay without being punished. I know people who are in prison for that." Then they said, "We have to find people from the gay community and ask them what's going on."

Did you have any gay friends?

Yes, but nobody would have dared to have contact with these people. That was very dangerous. I explained to them how complex the situation was, but they didn't let up: "Where do gays get to know each other? "They meet in public toilets. Sometimes there are notes with telephone numbers on the walls," I told them. "Where is the nearest public toilet," they wanted to know. Moscow's public toilets were in a 'life-threatening' condition. But I remembered one that was more or less clean. I promised them I would go there and my husband would accompany them.

Wasn't the ZK curator uncomfortable with you escorting homosexuals?

When I explained to him what kind of guests we had, he grabbed his head. I asked: "Perhaps we should inform Comrade Kapitonov?" The curator said, "We're going to see this through, put them on the plane, wave goodbye and then we'll get a bonus. From that moment he accompanied us to lunch at the "Metropol." When we said goodbye at the airport we hugged and kissed and cried. I really did get a bonus. And when the curator of the CPSU's Central Committee saw me later, he quietly asked: "How are you, have you recovered? We have certainly done well!" 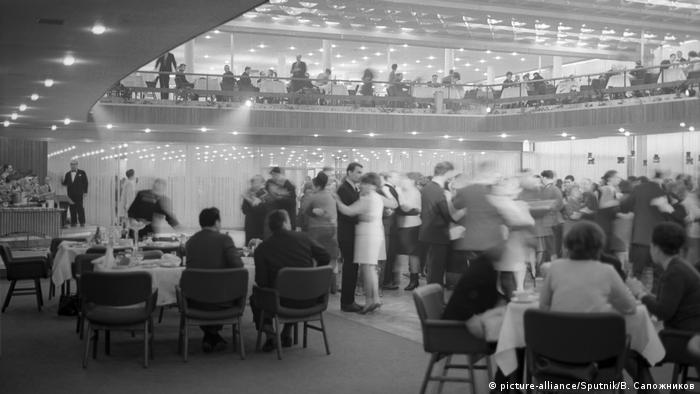 A restaurant in Moscow in the late 1960s

Was he Soviet Intelligence KGB?

Sure. But by the end of the 70s everything was already corrupt, including the KGB. His employees were more interested in clothes, currency and all kinds of things. But the German gays didn't quite trust him. They said to me: "Are you sure that this man really has sympathy for the gay movement? I said, "If he were against it, he would have betrayed us all long ago, but he hasn't."

So your superiors knew nothing?

I don't know if he gave any information to Comrade Kapitonov. It was clear that we ourselves were not to inform the secretary of the CPSU's Central Committee that he had invited gays to Moscow. Everything was done according to the Soviet way. From top to bottom, it was common practice to simultaneously hold on to two opposing beliefs.

After reports that more than 100 men suspected of being gay or bisexual were rounded up and tortured in Chechnya, the Russian LGBT Network has helped dozens escape. Many are afraid to go back. (17.04.2017)

On Friday, Germany's parliament begins debating whether to rehabilitate and compensate homosexuals convicted under the notorious paragraph 175. It's a symbolic gesture, but one that victims appreciate. (26.04.2017)