Gay men flee persecution and honor killings in Chechnya | Europe | News and current affairs from around the continent | DW | 17.04.2017

After reports that more than 100 men suspected of being gay or bisexual were rounded up and tortured in Chechnya, the Russian LGBT Network has helped dozens escape. Many are afraid to go back. 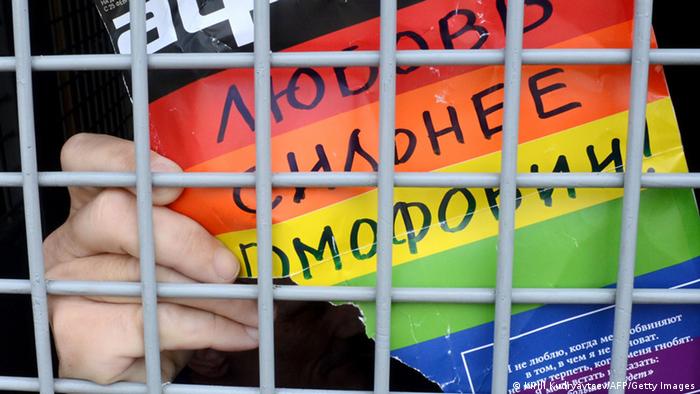 "For the majority of these men, this persecution was unexpected. And now they don't have any money, they've lost their jobs, their families, their official documents, everything," says Tatyana Vinnichenko. "So they come to us for help."

Vinnichenko is the chairperson of the Russian LGBT Network. She says that as of Monday morning, 59 men are seeking the organization's help. They had to leave the southern Russian Republic of Chechnya because they were being persecuted for their sexual orientation.

At the beginning of April, the Russian newspaper "Novaya Gazeta" reported that over one hundred men were arrested for being gay or bisexual in Chechnya. It says at least three of them were killed. Several Western media outlets have since reported about beatings, torture and electric shocks the men were subjected to in police custody, as Chechen authorities tried to get them to admit to their sexual orientation and to hand over the names of gay acquaintances.

Vinnichenko says it's hard to say how many were really affected by what has been called an anti-gay purge, but it could be hundreds. Some of them got in touch with the LGTB network, which runs a helpline. 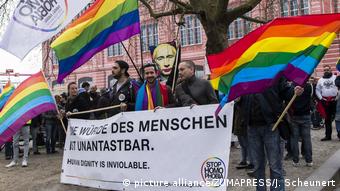 Around one-third of the people the organization is currently supporting were in police custody in Chechnya. Others were lucky enough to escape before they were rounded up by authorities. Their experience has taken its toll psychologically - and physically.

"They are distressed, they can't sleep, they are depressed - they are in a state of panic. Some are sick, some have infections," Vinnichenko explains, adding: "Many were beaten in policy custody. And there is the trauma they suffered from being electrocuted [in custody]. All that needs medical attention."

The Russian LGBT Network supports the men who fled their homes financially, helps them get new papers and provides them with therapy. The activists also try to find somewhere new for the men to live.

Fearing for their lives

After all, going back to Chechnya is not an option for them, Vinnichenko says. She explains that almost all the men are afraid of honor killings.

Chechnya is predominantly Muslim and extremely conservative. If these men's families are told by the police that they are gay, that is seen as a stain on the entire family's honor. Even the extended family is seen as tainted, which can make it hard for the younger generation to marry. 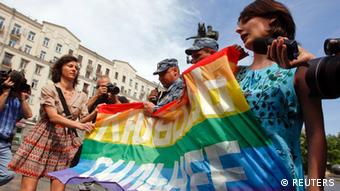 Vinnichenko says that the police often out the men to their families after releasing them from custody. "Essentially they call for the relatives to kill them with their own hands," she adds. "The men who've come to us say they believe that their relatives would kill them in order to clear the family's reputation."

And even though the organization could often quite easily provide the men with a place to live within Russia, Vinnichenko explains that many of them fear that the Chechen diaspora in Russian cities could continue the persecution they were subjected to at home. Most of them want to leave Russia entirely.

Homophobia is not just common in Chechnya. It is widespread in the whole of Russia, where "homosexual propaganda" was officially made illegal in 2013. And the official response from Moscow to the reports by Novaya Gazeta about the round-up of gay men in Chechnya was muted. Kremlin spokesman Dmitry Peskov initially simply said there wasn't "any reliable information" about the persecution of gays in Chechnya.

And though the Russian High Commissioner for Human Rights Tatyana Moskalkova stated soon after the newspaper reports came out that she would seek information from Chechen authorities about the "abduction[s],"  it took more than 10 days for the Russian prosecutor-general's office to announce on Monday that Chechen authorities are investigating the claims.

In the meantime, Chechen authorities have furiously denied reports that gays were persecuted in the southern Russian region. The press secretary for Chechen leader Ramzan Kadyrov simply responded by saying that "it is impossible to detain and oppress that which simply does not exist in the republic." What the results of the investigation will be remains to be seen. 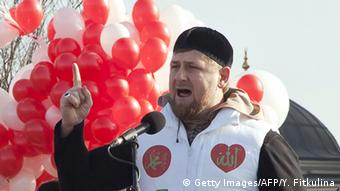 Kadyrov has denied reports of abuse in Chechnya's gay community

For Vinnichenko, the fact that the investigation has only now been announced is a disappointment.

"This investigation should have been carried out two weeks ago, when Novaya Gazeta published its first article, rather than waiting until the victims have increased exponentially." She believes the official inaction shows the Russian authorities are "covering for the criminals that carried out these acts."

The activist adds that listening to the men who have sought help from the Russian LGBT Network, she believes it is unlikely that the "criminals in the police force" will be brought to justice in Russia. Instead her organization intends to appeal to the European Court of Human rights.

But for now, she says only Chechnya's Moscow-backed strongman leader Kadyrov can stop the violence against the LGBT community in Chechnya. Until then, Vinnichenko believes that people who are suspected of being homosexual or bisexual have no other option but to leave.

Angela Merkel and Emmanuel Macron had suggested inviting the Russian president for talks. Leaders have though agreed new funding for the migration pact with Turkey.