Germany's federal police recorded almost 100 attacks on Christians or Christian institutions in Germany in 2017. Most violent incidents occurred among asylum-seekers living together in refugee homes. 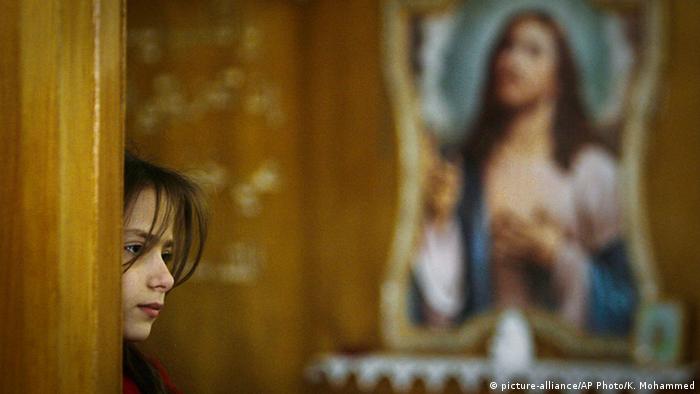 The figure was published by the Funkemedia group several months before the German security forces are due to release official annual crime statistics. A BKA spokeswoman told DW that the figures were still preliminary and could be subject to addition or alteration, and only covered the period up to the end of November.

According to the reports, a quarter of the 97 cases comprised attacks on churches and Christian symbols, and there were 14 cases of violent "anti-Christian crimes" among asylum-seekers or refugees. That number includes the murder of a Christian convert by a fellow refugee in Prien, Bavaria. There were also nine cases of bodily harm.

Bavarian Interior Minister Joachim Herrmann, of the conservative Christian Social Union (CSU) party which governs that state, told the Funkegroup that integration in Germany required absolute tolerance of Christian values. "Anyone who wants to live here must distance themselves from any anti-Christian disposition," he said. "Otherwise, they are simply not welcome."

Ansgar Heveling, interior policy spokesman for the parliamentary party of Angela Merkel's Christian Democratic Union (CDU), called the figure "alarming," and said the problem needed to be dealt with in the same way that "anti-Semitic attacks are rightly being dealt with at the moment."

After welcoming the fact that the figures were being collected to provide "clarity" on the issue, Heveling also said that Christian institutions needed better protection. "I see a particular responsibility for our state here," he said. "These attacks need to be punished toughly and consistently."

This is the first time that the BKA has collected specific figures for anti-Christian crimes in Germany. The only comparable statistic comes from Open Doors, an NGO that tracks the persecution of Christians worldwide, which recorded 743 cases of anti-Christian attacks in German refugee homes over eight months in 2016 — a much higher figure, though in that year several hundred thousand refugees came to Germany from Syria and Iraq, were forced to live in close quarters in mass shelters, and were rarely separated by religion. 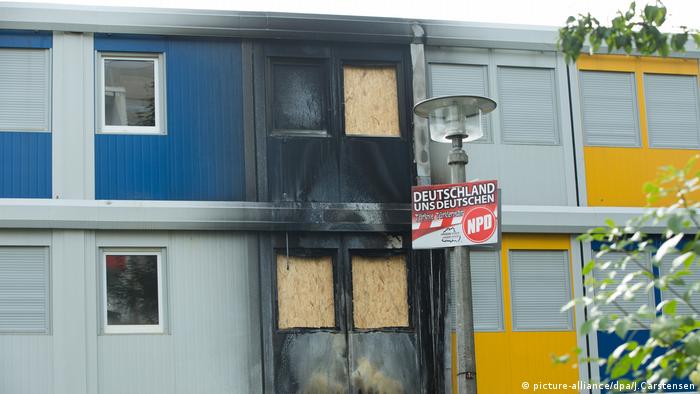 Some press reports have expressed doubt that all of the incidents were religiously motivated. In the murder case in Prien, for instance, in which an Afghan asylum-seeker stabbed an Afghan woman to death in a supermarket car park, the perpetrator denies he did so because she had converted to Christianity. The 30-year-old man, who had spent time in psychiatric care, said he acted out of frustration at his imminent deportation.

But Open Doors Germany press officer Ado Greve was convinced that the incidents the organization reported were religiously motivated.

"The victims told us that the attackers would say things like, 'I'll cut off your head, you non-believer,' 'You're contaminating the kitchen," or "You're defiling the fridge.' In other words, the perpetrators said themselves why they were doing it," he told DW.

"Of course the refugee shelters are much smaller now, as we have fewer refugees coming to Germany, so the tensions are much lower," he added. "It's a good development that the authorities are seeing that there is sometimes a religious motivation, and that it is specifically registered. If you know there is this religious motivation behind an assault or attack, then you can do something about it — maybe better education about values of tolerance." 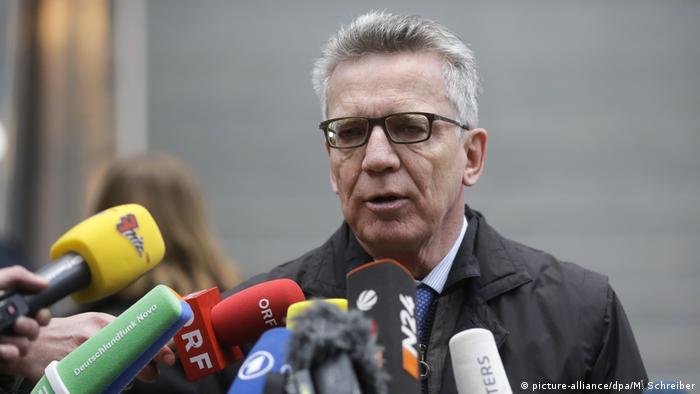 The new figures also show that Islamophobic attacks remain much more widespread in Germany. The government revealed last year that there were around 200 recorded Islamophobic crimes in both the first and second quarter of 2017, mostly committed by far-right extremists.

Anti-Christian crime has been the subject of more political attention in the past year. Interior Minister Thomas de Maiziere announced last year that the security forces would begin collecting the relevant data.

For Greve, the move was more than necessary. "Many Christian refugees repeatedly asked for separate accommodation, after there was more and more violence against them from Muslim refugees," he said. "But the authorities and government did not react."

Attacks on refugee shelters in Germany have decreased significantly this year. However, politically-motivated attacks remain far more common than before Germany opened its borders to hundreds of thousands of migrants. (22.12.2017)