Their telephone call followed strained relations in recent weeks between Bolsonaro and Europe over combating wildfires in Brazil. Bolsonaro said Europe has "nothing to teach" Brazil about preserving the environment. 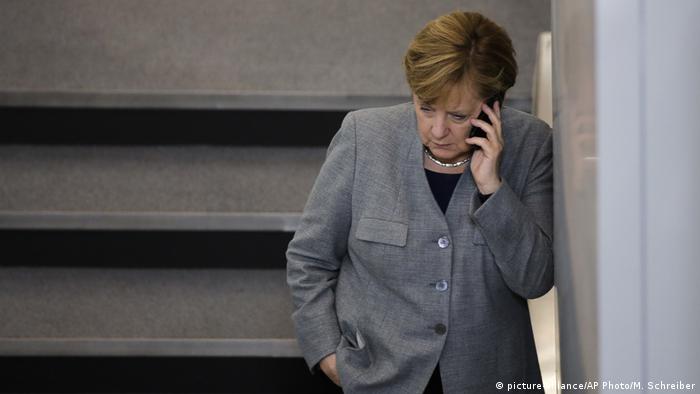 Bolsonaro tweeted that he had a "productive" conversation with the chancellor and that he "reaffirmed Brazilian sovereignty in our Amazon region."

"At the request of the German Government, the European External Action Service was mobilized to assess the situation of the fires in South America," he added.

The pair also spoke about the situation in Venezuela, according to a government spokesman in Berlin.

Despite the pleasantries between the two leaders, Bolsonaro was less enthusiastic about European relations when he said earlier on Friday that the continent has "nothing to teach" Brazil about preserving the environment.

His comments come in the wake of a verbal spat with French President Emmanuel Macron. Following disagreements over green policies and "disrespectful" remarks about Macron's wife, Bolsonaro said "our dear Macron" would have to retract remarks relating to Brazil's sovereignty over the Amazon before he would speak to him.

US and Brazil 'on the same page'

Warmer relations appeared to be in the offing between Brazil and the United States, however, as Brazilian Foreign Minister Ernesto Araujo met President Donald Trump in Washington.

Araujo said the two countries were "on the same page" over the fires.

The talks were also attended by Bolsonaro's son Eduardo, who is hoping to become Brazil's ambassador to the US.

Meanwhile, Eduardo's father took to Twitter once more as he claimed satellite data illustrated wildfires in Brazil "decreased between January and August 2019, in comparison with the same period of 2018," but he did not provide evidence to support his tweet.

The Latin American country's space research agency contradicted Bolsonaro, showing that fires are up 77% in Brazil from January 1 to August 29, compared with last year.

The fires follow moves by the Brazilian government to open more of the rainforest to mining and agriculture, with satellite images showing deforestation on the increase.

Environmental groups and researchers say many of the fires have been started on purpose by farmers to clear land, while Bolsonaro has suggested NGOs may have been responsible, without giving evidence.

Brazil's Ministry of Defense has authorized some 40,000 troops to take part in operations to combat the blazing wildfires. Smoke from the fires has covered the city of Porto Velho and brought protesters into the streets. (26.08.2019)