Brazil's president signed the decree amidst escalating global pressure to address raging fires in the Amazon. The ban comes during the country's peak burning season, leaving critics skeptical of its efficacy. 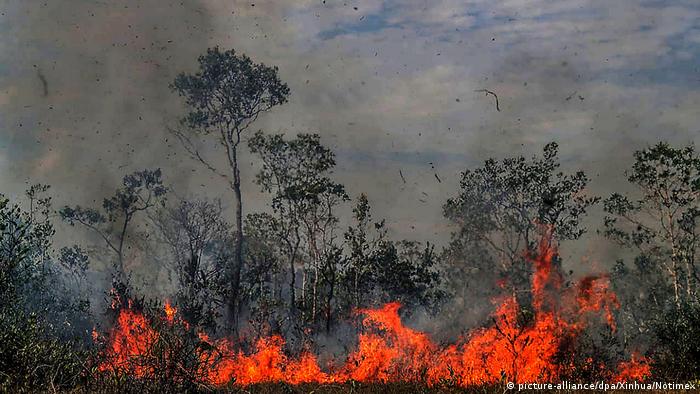 Coinciding with the country's peak burning season, the decree permits fires in cases deemed beneficial for plant life as well as fires set by indigenous people in subsistence farming but prohibits other fires to clear land.

While some residents from the region believe that the ban may bring relief to the area, others are skeptical.

"The people who burn without a license are not going to obey," said Rodrigo Junqueira from the Socio-Environmental Institute.

More than 500 workers from the Brazilian environmental agency IBAMA said the government's lack of support increased environmental crimes in the Amazon and elsewhere in the country. The agency questioned how the government could in practice enforce such a ban.

Xiangming Xiao, a plant ecologist at the University of Oklahoma in the United States, told AP that as both legal and illegal fires take place in Brazil, "it will be very challenging to identify and separate them."

Thousands of firefighters have been deployed to fight the fires, with large aircraft dumping water on the most devastating blazes.

Many people, particularly children and the elderly, have been suffering respiratory problems in Porto Velho, an Amazonian town shrouded in smoke in recent weeks.

International offers of help to combat the fires is a hot-button issue in Brazil, with Bolsonaro and others insisting on the country's sovereign rights over the Amazon.

Bolsonaro on Wednesday accused France and Germany of attempting to buy Brazil's sovereignty after the G7 offered $20 million (€18 million) in aid.

New data regarding the fires have been released after UN chief Antonio Guterres called on Thursday for a meeting for key countries to unite in fighting the blazes after large parts of Bolivia also became affected. 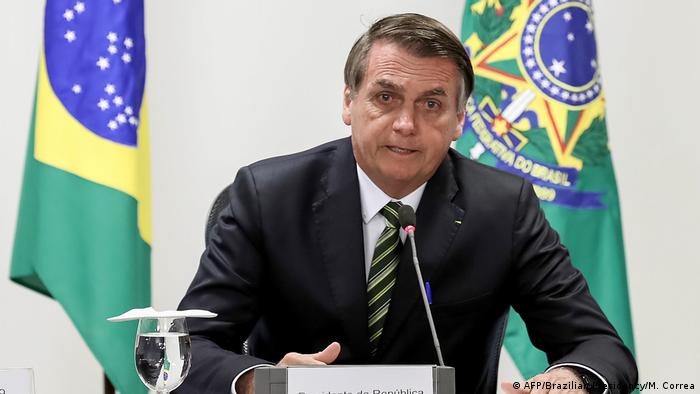 More than 1,600 new fires were ignited between Tuesday and Wednesday, taking the year's total to almost 85,000 — the highest number since 2010.

"We are strongly appealing for the mobilization of resources and we have been in contact with countries to see whether, during the high-level session of the General Assembly, there could be a meeting devoted to the mobilization of support to the Amazon," Guterres said.

Brazil's forest code normally allows farmers to set fires if they have licenses from environmental authorities. A sharp increase in fires has raised concerns that people have been encouraged to carry out more burns after Bolsonaro said rain forest protections were hindering economic development.

The president suggested, without citing evidence, that environmental groups were setting illegal fires to try destabilize his administration.