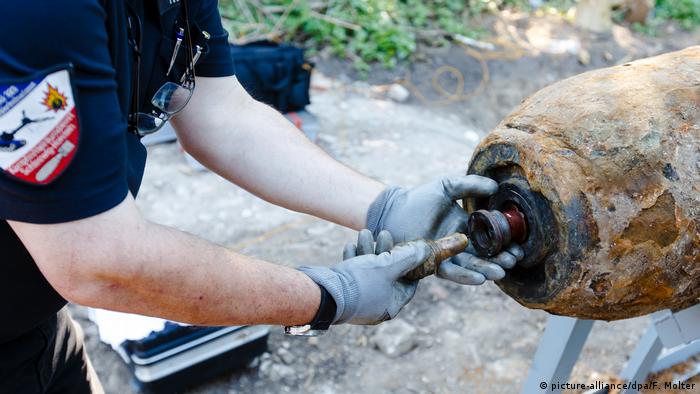 Thousands of people evacuated their homes and offices as well as streets cordoned off after a huge WWII bomb was discovered in the northern German town of Schwentinental.

The US-made bomb, which weighs 250 kilograms (551 lb), was discovered several days ago during aerial photography of an industrial area, according to local media.

It is the second time in two weeks that residents have had to evacuate. Two WWII bombs were discovered in the area at the end of July.

This time, those in the area were told to leave before 10 a.m. local time on Friday ahead of bomb disposal experts moving in.

Due to the coronavirus pandemic, police asked residents to wear face masks and keep to social distancing regulations.

Germany experienced heavy bombing from Allied forces during WWII and bombs left over from bombing raids are routinely discovered.

In June, a highly dangerous World War II explosive was found in a garage in the northern German city of Hamburg.

At the start of the year, 500-kilogram bombs were unearthed in the capital Berlin and Colognein western Germany.

And also in January, experts had to detonated two unexploded bombs from World War II in the western city of Dortmund, forcing some 14,000 residents to leave their homes for the operation.