German disposal experts have detonated two unexploded bombs from World War II that were discovered in the western city of Dortmund. Some 14,000 residents were ordered to leave their homes for the operation. Two 250-kilogram (550-pound) bombs were safely defused in Dortmund's southwest on Sunday following a large-scale evacuation and the closure of the city's main train station.

The city administration said earlier that special disposal teams had discovered four suspected bombs from World War II in the densely populated Klinikviertel (clinic quarter). But substrata searches of the area confirmed that two of the objects were not explosives.

The other two devices — an American bomb and a British bomb — were successfully detonated on Sunday afternoon.

Containers stacked as walls blocked streets to absorb potential blast waves, and barriers warned that "entry is forbidden," as the operation got underway. Police helicopters scanned the streets from overhead to ensure residents had left as instructed. 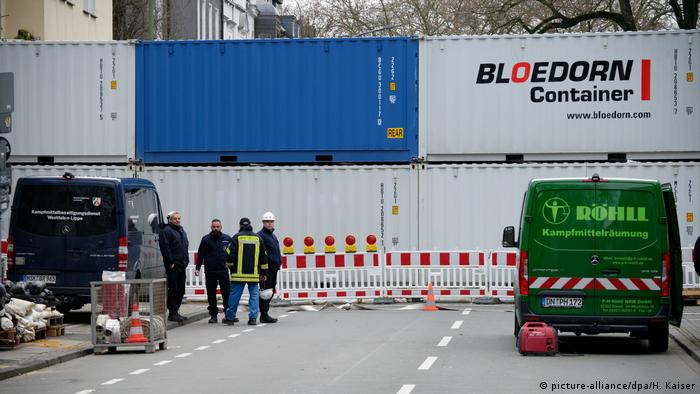 A total of 14,000 people were asked to leave their homes. Starting Saturday, hundreds of patients and senior citizens had been relocated from two hospitals in the area. Several hundred residents unable to stay with relatives and friends had headed to an outlying school converted into a social center by Sunday morning. They were given the all-clear shortly after the bomb disposal was completed.

Read more: Defusing bombs — is there a safer way? 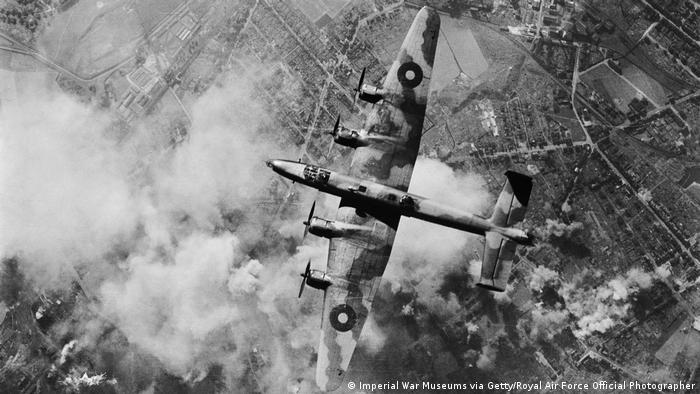 A bomber from Britain's Royal Air Force flies over Germany's Ruhr region during a raid on October 12, 1944

Dortmund's famed Football Museum and its main railway station were closed to through traffic from midday. Substitute passenger buses were provided to two other Ruhr District rail hubs, Duisburg and Wanne-Eickel near Herne.

Dortmund Zoo's offer of free entry to those evacuated had been taken up by 300 residents, reported public broadcaster WDR Sunday. 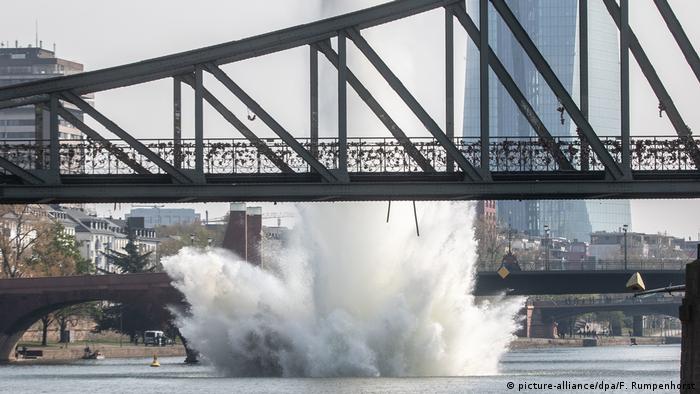 The bombs stem from World War II. British squadrons bombed central Dortmund heavily in May 1943 during a monthslong Allied aerial campaign to pummel heavy industry in the surrounding Ruhr District used by the Nazi regime at the time.

Defusing unexploded ordnance is still a frequent exercise across Germany, because an estimated 10% penetrated the ground and failed to detonate.  In the past, similar evacuations have included Koblenz, Augsburg, Dresden and Frankfurt.

Unexploded ordnance in Germany - a legacy of the Allied Forces

Over 50,000 people were evacuated from the northern city of Hanover in May 2017, so that bombs from World War II could be defused. Even 72 years after the war ended, unexploded bombs are still found across the country. (07.05.2017)