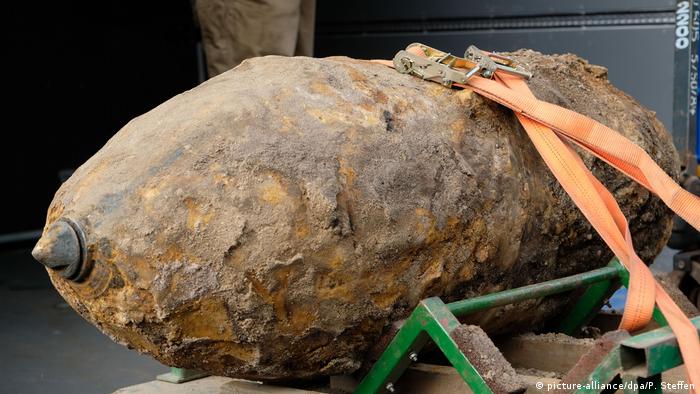 By German standards, the bomb disposal operation in Berlin is in the 'medium-large' range.

The disposal experts have to defuse a 500-kilogram air bomb (1,100 lbs), and police were therefore forced to evacuate the 10,000 people who happened to live within a radius of 800 meters.

Not a single year passes in Germany without similar evacuations. One of the largest in recent memory was in 2011, when, due to the low level of the river Rhine, a huge 1,800-kilogram airborne mine and another smaller bomb emerged from the waters.

Not always a happy ending

Just how dangerous bomb disposal can be was demonstrated in 2012. Then, experts had to detonate a 250-kilogram bomb in Munich, which was equipped with a chemical rather than a mechanical detonator. In the process, businesses and apartment buildings caught fire. The damages amounted to millions of euros.

As the temporal distance to the Second World War grows, the more corrosion occurs to the bombs' ignition mechanisms.

That means, over time, it's becoming more difficult – not easier – to remove the detonator safely and defuse the bomb. 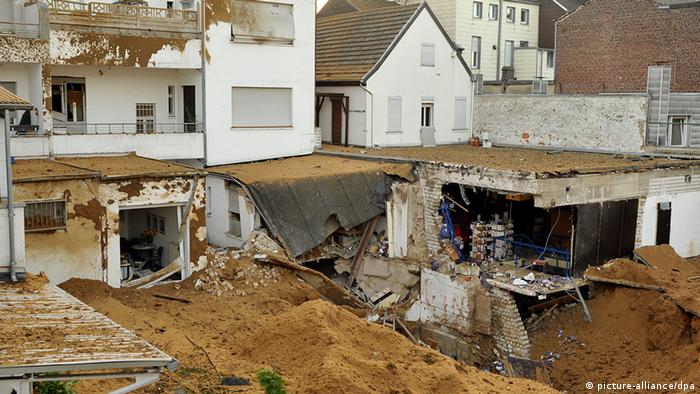 Buildings in Viersen, which were damaged after a controlled detonation of an air bomb in 2012

To make both disposal and controlled detonations safer, scientists are coming up with all kinds of new schemes.

In one project, called"Process for analyzing the effects of detonation impacts in urban environments" (DETORBA), researchers are trying to simulate an explosion and calculate exactly how big the evacuation area has to be. The project is being coordinated by the German civilian defense authorities. IT experts from the Technical University of Munich have already developed a system, together with the analytical software CADFEM and a provider of geo-information calledVirtualcitySystems.

The latter creates 3D models of German cities, including buildings. CADFEM, meanwhile, puts its own analytical software to work on that model, allowing the experts to calculate how the pressure wave from a detonation would wander through the streets of the city – even several streets away.

"We can very well predict the distribution of the pressure wave using our system," CADFEM expert Stefan Trometer said. This enables civil defense officials to judge much better the parts of the city that need to be evacuated.

To improve the system, the German Ministry for Education and Science (BMBF)is nnow financing a successor project called SIRIUS. It aims to include in that calculation the effects of any bomb and mortar shrapnel.

It can then also calculate possible protective effects of large buildings that the shrapnel would not be able to penetrate. That may enable authorities in the future to reduce the total area of evacuation.

Researchers from the Laser Center Hannover (LZH), meanwhile, are working on "secure deflagration of live bombs by laser technology" (DEFLAG).

purpose is to cut indentations or breaking points into the shell of unexploded ordnance wherever the detonator cannot be removed safely – like in the Munich case.

What's the advantage of such a breaking point? Well, the metal body of the bomb is then weakened. It will break apart before the explosive in the bomb can build up its full pressure, meaning the bomb deflagrates, or combusts through heat transfer.

That results in a pressure wave that's not as strong, so the metal parts fly away more slowly than they otherwise would have.

This system has not been fully developed – yet.

The researchers will have until April 2019 to implement their ideas. Their greatest task

will be to cut the shell of the bomb and, at the same time, avoid heating the metal above 240 degrees Celsius (464 degrees Fahrenheit). That's where TNT ignites.

Ultrafast lasers at the LZH

Berlin plays safe after fire at explosive site in forest 08.08.2022

A highway in Berlin remains blocked as firefighters continue to tackle a blaze in in the city's Grunewald forest.

German Chancellor Olaf Scholz is under pressure to ease spiraling inflation. His plan is to come up with measures at a meeting of business leaders, trade unions and politicians. But they have very different ideas.