An elderly man in southern Germany thought he had found an unexploded World War II bomb in his garden. Police were relieved to find something quite different. 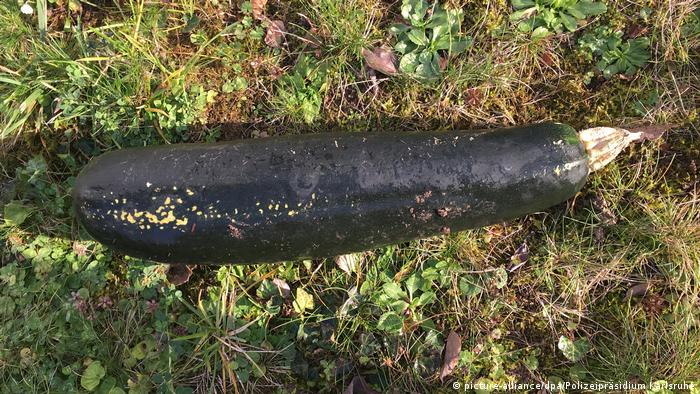 The legume in question

Police in Bretten in the southern German state of Baden-Württemberg received an alarming phone call on Thursday. An 81-year-old man told them he had found an unexploded World War II bomb in his back garden.

After arriving on the scene, police were surprised to find a 40-centimeter-long (15.7 inches) dark zucchini that, in the officers' own words, "really did look like a bomb."

Concluding the 5-kilogram vegetable presented no threat to the public or the immediate vicinity, police decided to call off deploying its Explosive Ordnance Disposal Service.

But what had caused the nutritious legume to land in the man's garden?

Read more: "My Life as a Courgette" is an Oscar Hopeful

In a statement, the police said they believe "an unknown person — concerned with independently disposing of the product — might have thrown the zucchini over the garden hedge."

Berlin's Tegel Airport was forced to close in August after the discovery of a Russian-made dud. In March, a major motorway in Dusseldorf was closed after a British bomb was discovered by construction workers.