German authorities have conducted one of the largest bomb disposal operations since World War II. Bomb-disposal experts have defused three bombs discovered at a construction site. 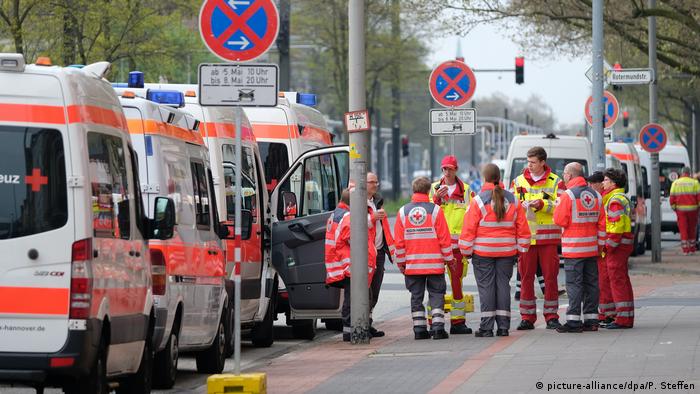 More than 50,000 residents in the northwestern German city of Hanover were evacuated from their homes on Sunday –about 10 percent of the city's entire population – as three unexploded bombs from World War II were removed from a construction site in the town's center.

Officials had initially suspected that two more bombs were buried beneath a nearby park, but a search on Sunday turned up nothing.

By 6pm local time (1600 UTC), residents were allowed to return to their homes.

There was a brief scare Sunday when bomb-disposal experts struggled to defuse one of the bombs manually due to its damaged fuse. A water jet cutter was brought in and used to open up the bomb and defuse it.

On October 9, 1943, some 261,000 bombs were dropped on the city by Allied forces, with many unexploded bombs still assumed to be scattered across the country.

Seventy years after the end of World War II, such finds and evacuations are not uncommon in Germany. Authorities are under pressure to remove unexploded ordnance from populated areas, as the bombs become more dangerous with the passing of time due to material fatigue. World War II bomb recoveries and the necessary evacuations are not uncommon in Germany.

The evacuation process started on Friday evening with seven care home residents and hospital patients being the first to be removed from the area.

Most other people living in the densely populated suburb began leaving their homes on Saturday morning. The city of Hanover prepared a series of events at museums, theaters and other public venues for evacuees to pass the time during the disposal operation. The area in question is located to the north of Hanover's city center, according to the local "Hannoversche Allgemeine" newspaper.

The disposal in Hanover is thought to be the second-largest of its kind in postwar Germany, and marked the second such major operation in Hanover.

The record-breaker preceded the current operation by merely a few months, when on Christmas Day last year, 54,000 people in the southern German city of Augsburg were similarly evacuated from their homes.

Three members of a bomb disposal squad were killed in the north-central German city of Göttingen during an operation to defuse a bomb in 2010.

The discovery of a bomb buried near the Rhine River has prompted the largest evacuation in Cologne since World War II. Experts are due to deactivate the 1,000-kilogram device shortly. (27.05.2015)