Thousands of homes evacuated in Hanover after WWII bomb found

Authorities in Hanover evacuated some 31,000 residents from their homes on Tuesday evening after the discovery of an unexploded World War II bomb under a former school. The bomb was safely defused after midnight. 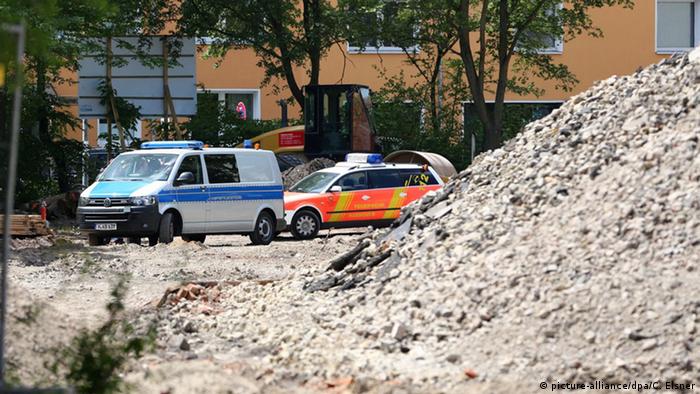 The temporary evacuation on Tuesday night was to allow bomb disposal experts to defuse the 250-kilogram (550-pound) bomb, which had been found by construction workers on Tuesday afternoon during demolition work. The bomb had lain undetected for 70 years beneath a former primary school.

Among the buildings evacuated was the state chancellery of Lower Saxony, of which Hanover is the capital.

About 850 personnel from the fire department, police, relief organizations and explosives experts were involved in the operation. Hanover city authorities were providing information via social media platform Twitter, letting residents know that hundreds of volunteers were ready at special gathering points, providing food to affected residents.

Some residents appeared to take the disruption in their stride, with many tweeting under the hashtag #hannbombe. One woman remarked "If only parking in the south of the city were always this simple."

Unexploded bombs from Allied aerial bombardment during World War II are found from time to time throughout Germany, often during construction works. In 2011, about 45,000 people had to be evacuated when a wartime bomb was found in the western city of Koblenz.

Authorities in the western German city of Cologne have been forced to use a controlled explosion to destroy a World War II bomb found at a construction site. Several thousand people had to be evacuated. (31.01.2014)

The discovery of a huge bomb left over from World War II in the west German city of Dortmund has prompted a mass evacuation. More than 20,000 people had to leave their homes. (03.11.2013)