The discovery of a huge bomb left over from World War II in the west German city of Dortmund has prompted a mass evacuation. More than 20,000 people had to leave their homes. 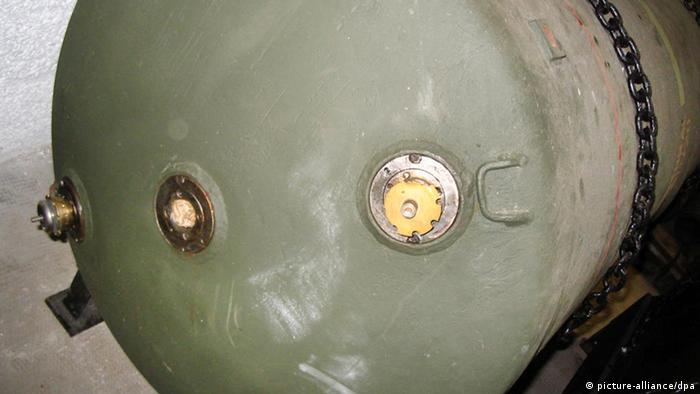 Some 1,200 personnel from the city administration, police, fire brigade and aid organizations helped organize the evacuation on Sunday morning. A hospital and several aged care facilities were also forced to evacuate.

The zoo and several leisure parks provided concessions or free admission to the evacuees, and special accommodation was set up at the Westfalenhallen congress center.

Germany is like a barrel of gunpowder. Nearly 70 years after the end of World War II there are still tens of thousands of unexploded bombs hidden under the earth. They could go off at any time. (31.08.2012)

Defusing the bomb took until late-afternoon local time. The process was halted briefly when two wheelchair-bound residents alerted officials they were still inside their apartments within the evacuation zone.

The 1.8-ton (4,000-pound) bomb was discovered in the Dortmund district of Hombruch by analyzing old aerial photographs, while looking for unexploded ordnance dropped by Allied aircraft over the industrial Ruhr region in which Dortmund is situated.

Unexploded bombs from World War II are regularly discovered in Germany, but this one is of unusually large explosive power, prompting authorities to extend the safety zone around the site to a 1.5-kilometer (.93-mile) radius.

A similar bomb find in the city of Koblenz in December 2011 forced the evacuation of some 45,000 people.