Germany is like a barrel of gunpowder. Nearly 70 years after the end of World War II there are still tens of thousands of unexploded bombs hidden under the earth. They could go off at any time. 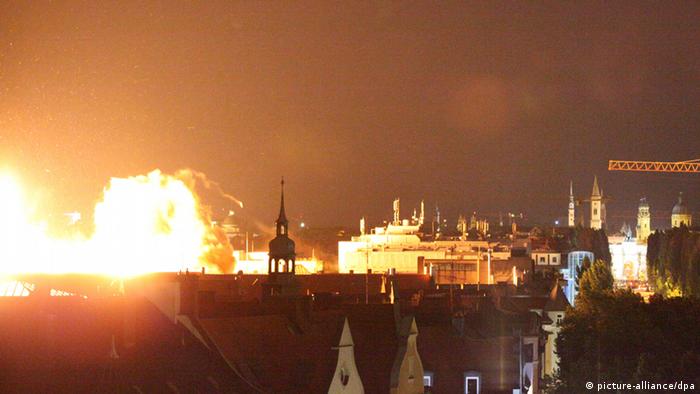 For the most part, everything goes according to plan. But now and then we see how much power a World War II bomb actually has - even 67 years after the end of the war. Older residents feel like they've gone back to wartime; younger people feel like they are on a film set for a Hollywood movie.

Experts say that there are around 100,000 bombs lying under the soil and under water from the six years of the World War II. Friends of the Earth Germany estimates there are some 40,000 tons of chemical warfare agents in the Baltic Sea as a result of the Cold War. 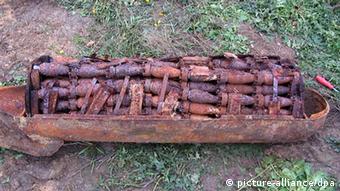 More than 2,000 bombs from World War II have been found in the area around Köthen

But a few days ago, experts failed to defuse a highly explosive aircraft bomb in the city of Munich. Instead, they had to carry out a controlled explosion of the 250 kg device. The blast shattered windows in nearby buildings, and balls of straw, which had been placed around the device, flew through the air and set fire to roves. No one was injured.

The US military bomb, which had been discovered a day earlier during construction work, contained a chemical long-term detonator. These bombs were built so that when they were detonated, a glass vial filled with acetone would explode. The liquid is flammable and when exposed to air, creates an explosive mixture. That can take effect days after detonation. It's difficult to defuse such devices, as the authorities learnt in Koblenz last November. 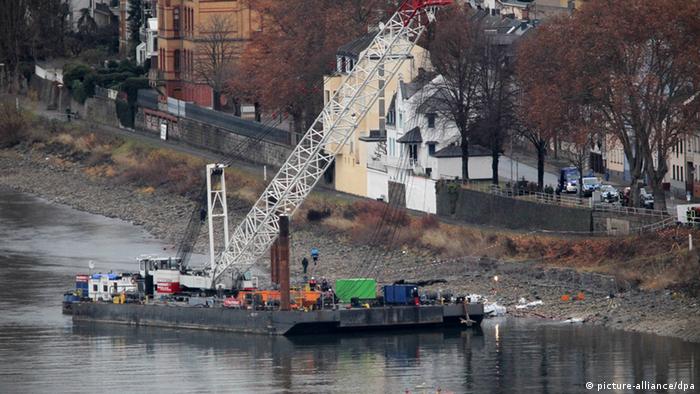 45,000 people were evacuated from Koblenz when a bomb was discovered in the River Rhine

45,000 people were asked to leave their homes after a 1,400 kg bomb was discovered in the River Rhine when water levels fell. The bomb had been corroding there for decades. There are a particularly high number of such bombs in the state of North Rhine-Westphalia. That was where most of the industry and armaments factories were based, and the allies targetted almost half of their aerial assault on the cities that lie along the Rhine.

"Chemical explosives are made to deal with atmospheric conditions, but they still rust," explained Armin Gebhard from the bomb disposal office for the state of North Rhine-Westphalia. "If the cases are corroded, there is a danger that the water and the ground could become contaminated," he told DW. The explosive can maintain its destructive power. That's why dealing with such devices is become increasingly dangerous and more difficult.

There are various regional bodies dealing with bomb disposal throughout Germany. In the Düsseldorf office, there are 13 teams that deal exclusively with finding and defusing bombs across the state.

"Small handgranades and munitions are found every day. That happens without anyone hearing about it," said spokesperson Stefanie Paul. 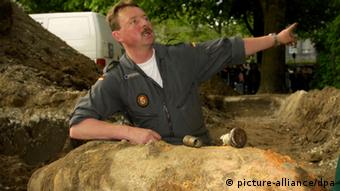 Warning: This is not a toy!

"The repertoire of explosives from World War II is limited. Every bomb disposal office has a collection of items they have gathered to help with training and monitoring," explained Gebhard. In every case experts must carefully examine the find in order to find out what kind of explosive they are dealing with, how it can be detonated and what condition it's in. That allows them to estimate the amount of explosive. Often, the device can be dismantled on the spot, either by hand, using a rope construction or remote control, before the bomb is taken away and disposed of.

When sites are developed for construction, the authorities make use of aerial photographs taken from military archives in Britain and the USA. That shows bomb craters, which give an idea of the possible number of bombs that were dropped at the time but did not detonate. The state of North-Rhine Westphalia spent some 21 million euros ($26.4 million) in the year 2010 alone in dealing with bomb disposal - according to the state Interior Ministry.

There's one thing over which the experts agree: It will take many more decades before these burdens of war disappear. Bomb disposal experts have a big future in Germany.