A recently discovered WWII-era bomb has prompted a Christmas Day evacuation of 54,000 people in the German city of Augsburg. Specialists are standing by to disable the device. 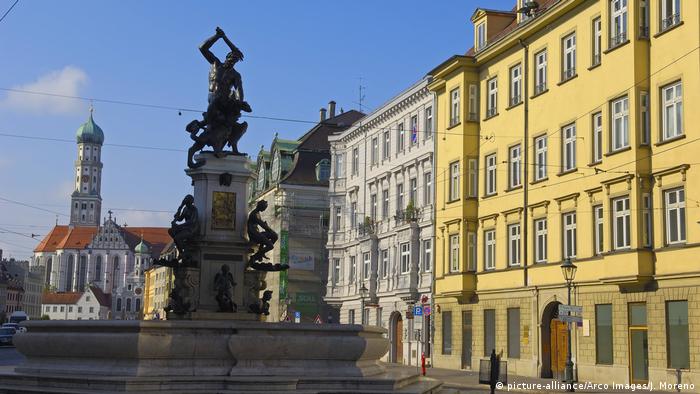 Christmas morning for some means a day spent cozy next to the tree with family and a cup of hot cocoa. But for residents of the city of Augsburg near Munich, this Christmas has meant packing a bag with the essentials and leaving the house.

After an old aerial bomb from World War II was unearthed on a construction site earlier this week, officials ordered the evacuation of residents in a radius of 1.5 kilometers (0.9 miles) around the bomb. This affects roughly 54,000 people.

Augsburg experienced heavy bombardment during World War II by Allied air forces. The discovery of unexploded bombs in many cities around Germany is a fairly regular occurrence. Preplanned evacuations take place in such instances to allow specialists to disable the bombs.

The Augsburg evacuation is the biggest of its kind in post-war Germany, and the fact that it falls on Christmas Day is a particular inconvenience for many citizens.

However, on the city's dedicated website for the evacuation, it cited the urgency of defusing the bomb and the desire to avoid conducting the task on a bustling workday as reason enough to carry out the evacuation on December 25.

The evacuation began at 8 a.m. (0700 UTC) local time. After police have ensured that no one remains in the evacuation zone, work on defusing the bomb is expected to begin. Specialists estimate this could take up to five hours.

In addition to the website, the city is using Twitter, Facebook and WhatsApp to keep citizens informed about the situation. Updates are being distributed to radio and televisions stations, and loudspeaker announcements are being made locally.