In one of the biggest evacuations in Germany since World War II, 70,000 residents of the city of Frankfurt are to move out of their homes while a bomb is defused. It was found at a construction site in the city center. 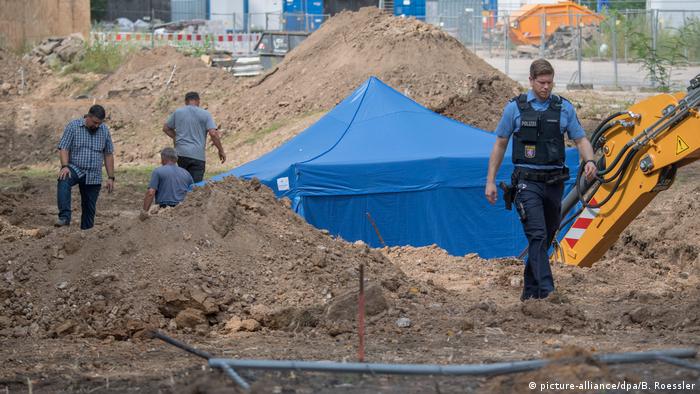 The bomb was found on the edge of a construction site on Wismarer Strasse. An area of 1.5 kilometers (0.6 square miles) in the Westend district of the city center will have to be cleared on Sunday while it is made safe, a police spokesman said on Wednesday. The operation to defuse it is planned for Sunday.

It was unclear if flights into the airport, which is the country's biggest, would be interrupted on Sunday. This may depend on prevailing wind conditions at the time.

The 1,800-kilogram (4,000-pound) device is believed to be a British bomb dating back to the Allies' raids on the city. It was designed to damage buildings more than a kilometer from the center of the explosion.

The 'blockbuster' bomb is one of many that have been uncovered in Germany in recent years.

In December last year, a British bomb identified as a blockbuster was found in Augsburg. More than 54,000 people had to leave their homes on Christmas Day while it was defused. That to date was the largest evacuation since the end of World War II more than 70 years ago.

US and British air forces dropped 2.7 million tons of bombs on Europe between 1940 and the end of the war in 1945, according to the Smithsonian US research group. 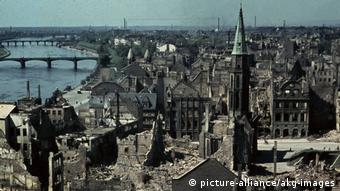 Frankfurt, like many of Germany's cities, was scarred by Allied bombing by war's end in 1945

Half of the devices were dropped on Germany. An estimated 10 percent of the bombs had failed to explode.

Each year, hundreds of unexploded munitions are uncovered in Germany and before any construction project begins, the ground has to be certified as cleared of unexploded ordnance.

Millions of tons of poisonous gas, fire bombs and ammunition continue to rot in the waters off the coast of Germany. They contain deadly toxins, which are seeping into the environment. (15.01.2014)