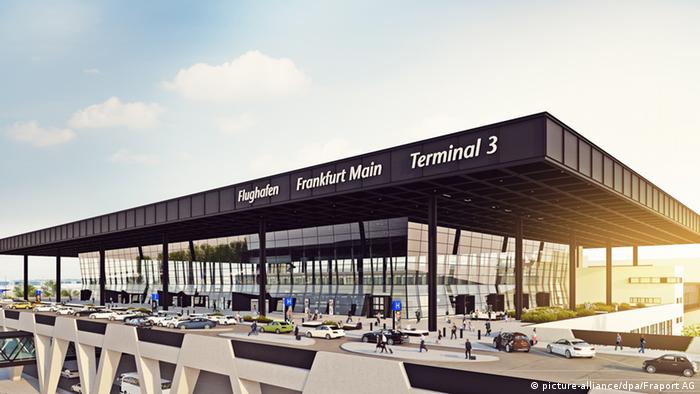 Fraport, the company that operates Frankfurt Airport, has given the go-ahead for the official beginning of construction on its new Terminal 3.

At the ground-breaking ceremony on Monday, Hesse State Premier Volker Bouffier welcomed the move, saying the airport is "the beating heart of our economic development." Hesse Environment Minister Tarek Al-Wazir refused to participate in the ceremony, as his environmentalist Green party opposes building the terminal.

Local environmental groups long put up a fight against a third passenger terminal at the world's 11th largest airport, arguing an increase in traffic, air pollution and noise pollution poses a health risk to people living in the area. It's too noisy already and doesn't need to be expanded, opponents argue. Activists set up a protest camp in a nearby forest. About 4.5 hectares of woodlands (11.2 acres) will have to be cleared to make way for additional freeway access. 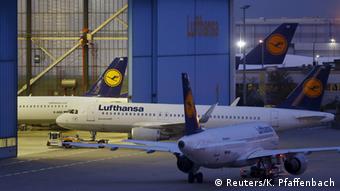 Frankfurt airport is running out of space for passengers and planes

Opposition has been much less forceful, however, than the fierce protests by environmentalists and residents against a new runway ("StartbahnWest") in the 1980s, a protest that was also about noise and pollution.

Fraport contends the multi-billion euro project at the south end of the airport - on the premises of the former major US airbase that closed in 2005 - is urgently needed to meet future demand. Last year Frankfurt Airport, which has a terminal capacity of 64 million passengers, recorded 59.6 million passengers. Within the next five years, the capacities of Terminals 1 and 2 are expected to be exhausted: studies forecast the number of passengers at Germany's international aviation hub to increase to between 68 and 73 million per year by then.

Beginning in 2022, this new terminal alone is scheduled to serve up to 14 million passengers per year - the current capacity of Hamburg Airport.

Frankfurt's Rhein-Main airport was built in 1936, quickly becoming Germany's second-largest airport. After WWII, the US Army occupied the southern portion of the airport and set up a key airbase for US forces in Europe. The airport was renamed "Flughafen Frankfurt/Main AG" in 1954. 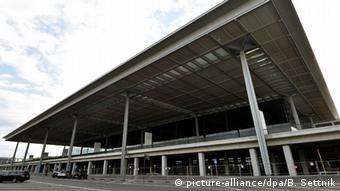 The 'phantom' airport in Berlin has been plagued by delays

Another major German airport project has not only been in the headlines for years, it has to a degree made a laughingstock of German efficiency and punctuality: the state of construction at the German capital's international BER air hub.

The new airport was scheduled to open in 2012, but delays and budget problems due to serious technical flaws in the fire safety and smoke extraction system have turned the prestige project into a multi-billion-euro planning disaster.

Officials now hope to open BER in 2017 - but even that date looks optimistic after the latest bad news to hit the airport project: structural flaws in the terminal roof.

Germany's Fraport has been given the green light to operate more than a dozen regional airports in Greece. The decision comes after months of political uncertainty and is part of Greece's privatization effort. (18.08.2015)

Frankfurt Airport's operator has defied critics, announcing it is expanding to cope with its flood of passengers. But many Germans are skeptical of big construction projects after a string of scandals. (15.04.2015)

It has been discovered that 600 fire-resistant walls were improperly installed at the folly-plagued BER airport. Last week, it was found that ceiling panels were dangerously fitted with ventilators that were too heavy. (29.09.2015)