Will Germany take COVID-19 patients from Russia? | Europe| News and current affairs from around the continent | DW | 28.05.2020 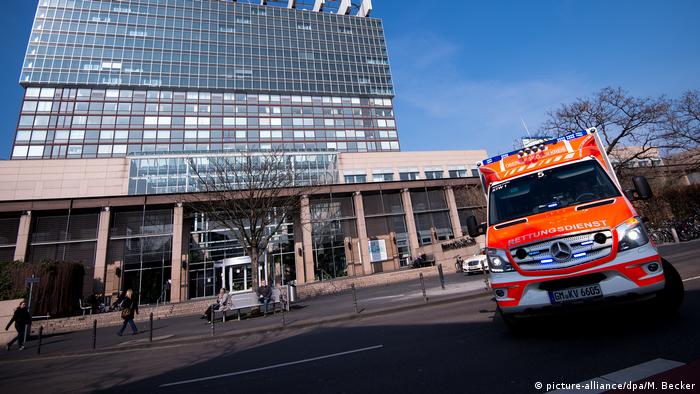 "If Russia's resources are stretched, I am very much in favour of treating patients from Russia. We have the capacity to do it," says Matthias Kochanek, the head of internal intensive care at the University Hospital in Cologne. His hospital has around 120 intensive care beds, but at the moment it has no patients with COVID-19 who need artificial ventilation.

According to the German Interdisciplinary Association for Intensive and Emergency Medicine (DIVI), Germany has more than 30,000 intensive care beds – and only slightly more than half are occupied.

Up until now, a decision taken at federal level means that only coronavirus patients from the EU countries Italy, Spain, France, Belgium, and the Netherlands may be brought to Germany for treatment. At the end of April, the German health minister, Jens Spahn, stressed that "Germany will pay the treatment costs; that is our understanding of European solidarity." The ministry estimated that these costs would be as much as €20 million. North Rhine-Westphalia was one of the first German states to take in COVID-19 patients from Italy. The experience was a positive one for both patients and hospital staff, Matthias Kochanek told DW. 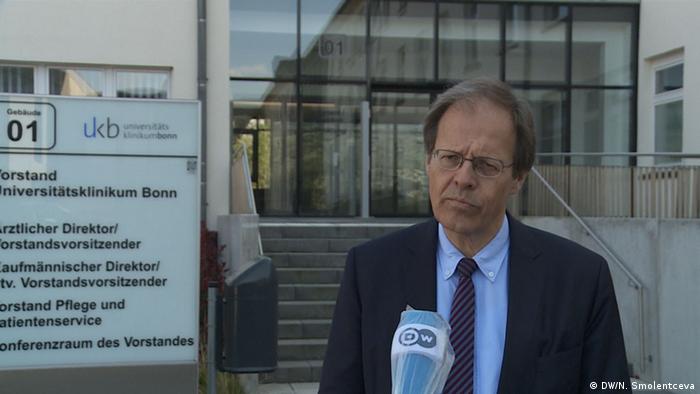 The number of coronavirus infections in Russia has risen fast in just a short period of time. The majority of cases are in the capital, Moscow. According to the Russian government's official statistics, more than 360,000 people across the country have tested positive for the virus and more than 3,000 have died. This means there are more infected people in Russia than in any other country in Europe.

Michael Kretschmer, the premier of the German state of Saxony, recently told Der Spiegel news outlet that, in view of the developments in Russia, "it would send a strong signal from the European Union if we were to treat patients from Russia here as well." This should actually happen as a matter of course, he said. "We're trying to help in Europe as a whole. And I think we should also show solidarity with Russia."

After Kretschmer, the governing mayor of Berlin, Michael Müller, also offered treatment for Russian coronavirus patients. "I too have made an offer to our partner city, Moscow," he told the Tagesspiegel newspaper. "So far, there's been no response; the offer still stands."

DW made inquiries with the city of Moscow and the Russian Foreign Ministry about the offers from Berlin and Saxony, but these also went unanswered.

At present, those are the only states to have made an offer. A spokesperson for the state chancellery of North Rhine-Westphalia informed DW that the state had, "as a gesture of active European solidarity, and after examining its own capacities, accepted COVID-19 patients from particularly badly affected regions in Italy and France, as well as from across the border in the Netherlands." She said they had not yet received an official request from the Russian government in this regard.

Who would pay the bill?

Sebastian Gülde, spokesman for Germany's Health Ministry, said recently at a press conference that "the initiatives for treating foreign patients – right now, from Russia in particular – are coming from the states themselves, so it's the states that are responsible for answering questions on this." For example, the hospitals themselves would have to clarify how many ventilator beds could be made available to patients from abroad.

But the German hospitals will also have to clarify how the treatment is to be financed. With foreign patients, this is usually arranged either directly with the patient or with his or her insurance company. And it's a lot of money.

"Two weeks in an intensive care unit with artificial ventilation costs not tens of thousands but hundreds of thousands of euros per patient," says Konstantin Virko of the German company Germed, which has been active in the medical tourism sector for many years. Virko doubts that the German authorities would be willing to cover the cost of treatment for coronavirus patients from Russia in the same way they have for patients from some EU countries.

Most of the Russian patients Germed works with pay their German bills themselves. Some get financial assistance from foundations.

There are also patients who are treated at the expense of the Russian Defense or Health Ministry – like Sergei Filin, the Russian dancer and former head of the Bolshoi Ballet, who was brought to Aachen for rehabilitation after an acid attack. According to Virko, the practice to date indicates that the German authorities would never cover treatment costs.

The new coronavirus is spreading rapidly across Russia. An online memorial for medical staff who have died from COVID-19 and related causes has been set up. DW spoke with some relatives of the deceased. (15.05.2020)

COVID-19 ICU nurses at their limit

Many see doctors and other medical staff as the greatest heroes during the coronavirus pandemic. But some of them are reaching their limits, as one nurse reports from the German state of Brandenburg. (27.04.2020)