Remembering health workers as Russia reels from COVID-19 | Europe| News and current affairs from around the continent | DW | 15.05.2020

The new coronavirus is spreading rapidly across Russia. An online memorial for medical staff who have died from COVID-19 and related causes has been set up. DW spoke with some relatives of the deceased. 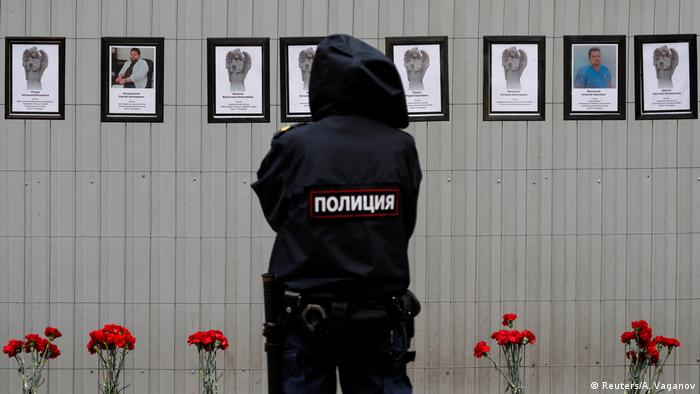 More than 170 names are listed on a website created by medical staff to commemorate doctors, nurses, paramedics, laboratory assistants and other health care workers who have become ill and died during the coronavirus pandemic in Russia. Many names on the list are accompanied by accounts and memories from surviving colleagues and family members. And there are reports of hundreds of new COVID-19 cases among Russian medical personnel every day. Many health care workers have complained of an acute shortage of protective gear.

Here are some of the people who have died.

"I rang Papa two or three times a day and Mama even more often," said Yekaterina Vasilchenko, whose father, Alexei, had worked as a doctor for 25 years and was in charge of the radiology department in the central hospital in Labinsk in the southern region of Krasnodar when he died.

In early April, the radiology department was converted to treat COVID-19 patients. After that, Vasilchenko was on constant duty.

Yekaterina, 25 years old and herself an MD, said the doctors in Vasilchenko's department had only single-use medical face masks. "My father had a big face; these masks were useless for him," she said. "We had to sew him lint masks ourselves."

Vasilchenko became ill with double pneumonia and tested positive for coronavirus. He died on April 26. 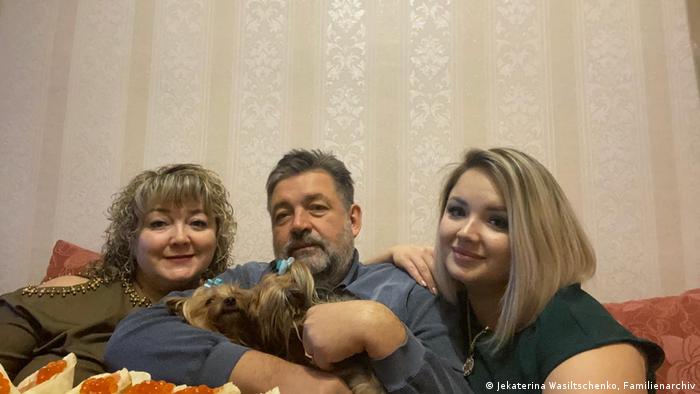 Dr. Vasilchenko with his family

"It's not a radiologist's job to talk with patients," Yekaterina said. "But Papa was often the first to see when patients were in danger of their lives. He always found the right words to say."

Yekaterina had wanted to be a doctor since childhood, only doubting her choice just after completing her studies. "Now, everyone is calling doctors heroes," she said. "But the pay has always been bad and the work hard. I saw that with my father." Even in the month before Vasilchenko died, she said, he had not received a bonus or been able to take time off. "We had to save a lot," she said.

But her father loved his job nonetheless. "Papa was cheerful; my classmates loved him because he was always joking," Yekaterina said. "Recently, though, he was often sad. But I want to remember him as a funny joker who was always dancing with us." When he became ill and called to say goodbye, he told his wife: "Please don't cry at my funeral — that would hurt me a lot."

The hospital sent money for the funeral. The family found out later that it was money that the doctors had collected among themselves.

Yulia Yasyulevich: 'I can hardly breathe'

"I knew that my mother was in hospital," 27-year-old Ksenia Yasyulevich said. "She was on a ventilator, but in a coma. She was always healthy and sporty, and I was sure that she would recover — until my father wrote to tell me that she was no longer with us."

Yulia Yasyulevich died on May 1 at the age of 54.

Ksenia is currently in Thailand. At first, she was unable to fly back to Russia, and now she doesn't want to anymore. "It's safer here," she said. "I can't do anything for my mother anymore."

Yulia Yasyulevich worked at the Russian Scientific Research Institute of Traumatology and Orthopedics in St. Petersburg. She was given a job as a nurse there about a year ago and liked it a lot. Before that, she worked in a sports store and had trained as an athletics coach. "But, when my mother came home from work, her second job started: cooking, washing, cleaning," Ksenia said. "She never spared herself and lived her whole life for other people." 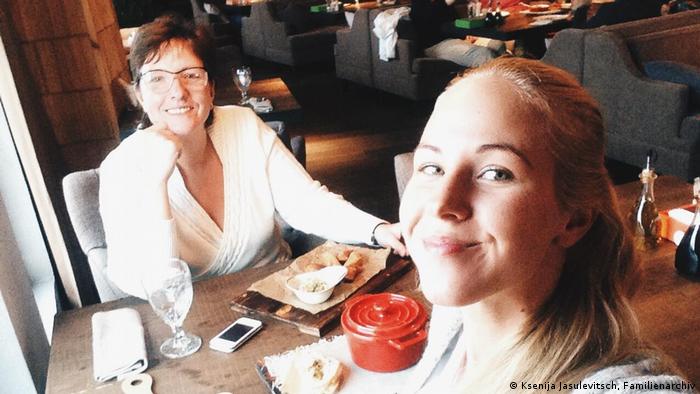 Yulia Yasyulevich in a selfie taken by Ksenia

Ksenia said her mother told her that half of the staff at the hospital was infected. Yulia Yasyulevich became ill with pneumonia and had to be treated. To her daughter, she wrote: "I feel very bad. I can hardly breathe, but it's a bit better."

Shortly afterward, Yulia Yasyulevich was transferred to the intensive care unit of a different hospital. Ksenia said her mother's fever had gone down the day before she died and she was feeling better: "I thought she'd pull through."

At first, the cause of death was given as pneumonia, but later examinations showed that Yulia Yasyulevich had COVID-19. Ksenia thinks that if she hadn't spread the news of her mother's death on social media, her father wouldn't have received any condolence calls from the hospital or donations for the funeral.

Valentina Shushina: 'Now you have to learn to live without me'

"On March 25, my mother had still worked all day," 34-year-old Anna Shushina said. "Then she complained of stomach pain." An ultrasound showed that Valentina Shushina, who had worked for almost 30 years as a theater nurse in an accident hospital, had pancreatic cancer. Immediately afterward, a CAT scan revealed pneumonia in her left lung. "She was tested for coronavirus," Anna said, "and the result was positive."

After she was diagnosed, Valentina Shushina was taken straight to the ICU. She had difficulty breathing, and died of respiratory failure on April 18 at 56 years of age.

"At the morgue, they didn't even know that she had been infected by the coronavirus," Anna said. "The death certificate said: 'extensive metastases.'" She is sure that her mother died of COVID-19. "The cancer could have been treated with chemotherapy," she said. "Afterward, we wanted to go together to Belarus to visit relatives, like every year." 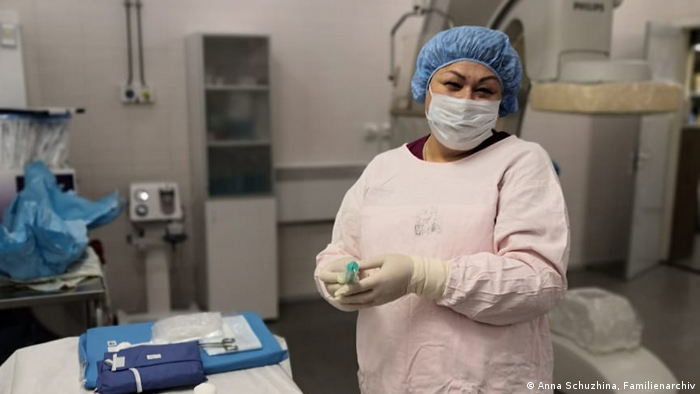 Anna said people had often sought Valentina Shushina's advice; her mother had helped many people. "She sometimes said that she was tired, of course," Anna said. "Often, she worked from 8:30 till 2 o'clock in the morning without a break," she added.

Anna studied biology herself and did an internship in the hospital where her mother worked. "You a medic?" Valentina Shushina told her daughter. "Over my dead body."

In the end, Anna became an accountant — and she doesn't regret it. "My mother always wanted the best for us," she said.

One of the last things Valentina Shushina said was: "Now you have to learn to live without me." She knew she wouldn't make it.