Coronavirus: What is Germany′s Robert Koch Institute? | Germany | News and in-depth reporting from Berlin and beyond | DW | 13.05.2020

Known as RKI, the comparatively small independent government agency responsible for monitoring and combating infectious and non-infectious diseases has recently been thrust into the spotlight, sometimes to its detriment. 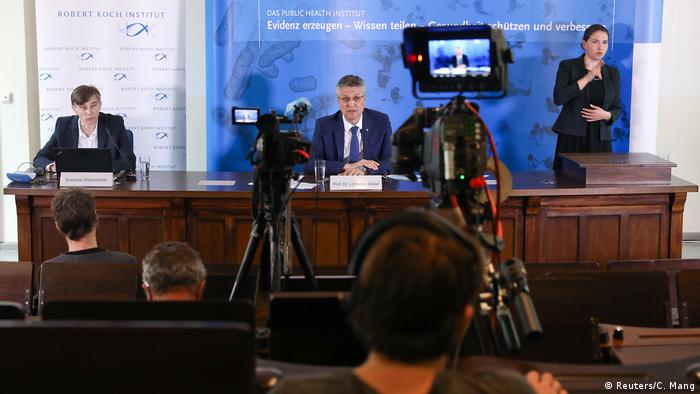 The initials RKI have become almost as well-known as WHO in Germany in the course of 2020 and the coronavirus pandemic, which isn't all that surprising given that the two health organizations — one global and one German — often collaborate.

Not unlike the WHO's director-general, Tedros Adhanom Ghebreyesus, or the director of the National Institute of Allergy and Infectious Diseases in the US, Anthony Fauci, the head of the Robert Koch Institute (RKI), Lothar Wieler, has become a celebrity in Germany. It wasn't just politicians and the press tuning into his daily media briefings during the lockdown; when the the Robert Koch Instituterecently announced it would reduce these briefings to once a week, the general public also expressed discontent, demonstrating how the RKI had fed society's hunger for information.

Wieler, 59, is a veterinarian by training who went on to specialize in microbiology. He's now better known as the bespectacled and soft-spoken guardian of the official German coronavirus data, and also as a kind of unofficial motivational speaker for the general public as frustration over restrictive measures has mounted.

"We should always be vigilant and should always keep to the rules of social distancing. Keeping one's distance is the new normal, and doing so will contribute to keeping the infection rates lower," Wieler said last week, one of many renditions of the same chorus he has delivered as of late.

The RKI is Germany's national agency for controlling and monitoring infectious and non-infectious diseases. Although nominally independent, it is owned and funded via the Health Ministry. In more typical times, it is hardly the largest or most renowned institution, with roughly 1,100 employees, well over a third of whom are researchers, and an annual budget just shy of €100 million ($108.7 million.) Indeed, the RKI had been appealing in recent years for gradual increases to its spending power so that it could recruit, only to watch its budget take small haircuts instead. By the body's rather modest standards, emergency funds abound amid the current crisis – but that has helped only so much when combating longer-term problems like recruitment.

Read more: Robert Koch — The man and the microbes

The RKI is named after one of the fathers of bacteriology, Robert Koch, the 1905 Nobel laureate in medicine best known for developing the technique for growing bacteria for laboratory study and for his work with anthrax, tuberculosis and cholera. It has been a state institution, in one sense or another, ever since Koch himself spent much of his career as a government adviser on medical matters. 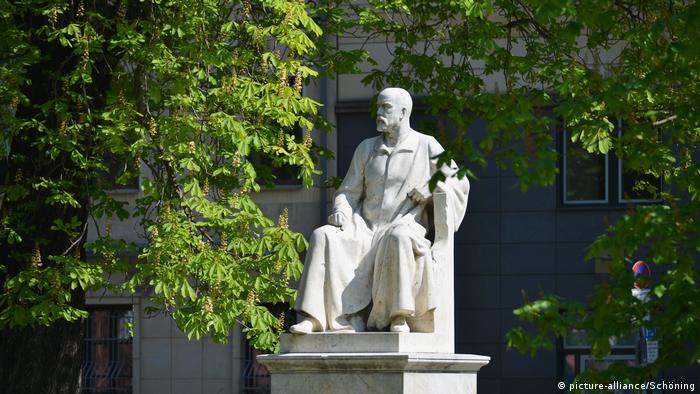 Robert Koch, whose statue stands outside the renowned Charite complex in Berlin, disproved the then-common notion that tuberculosis was a hereditary disease

Later in his career, the scientist even accepted harsh contractual terms in order to continue working in this area. These saw him pass any future intellectual property rights directly to the Prussian Ministry of Health.

However, the organization first emblazoned its nominal founder's name on the door at the most contentious point in its history, in 1942, when it was converted into a national body by the Nazi regime. At that point, the Prussian Institute for Infectious Diseases was rebadged as the Robert Koch Institute and assigned a broader brief.

Prior to the coronavirus, the RKI was still probably best known for its dark legacy of human experimentation during the Nazi era. One notorious example is the bid for a malaria vaccine at the Dachau concentration camp that involved intentionally infecting around 1,200 prisoners with the disease. Between 300 and 400 of the subjects died.

In the spotlight, and often the firing line, during pandemic

Despite the broad international praise for Germany's handling of the pandemic to date, the reality within the country is a little more murky, and the RKI has endured a rocky ride like so many governments and health institutions.

For a start, it lost the race for data supremacy early to Johns Hopkins University (JHU) in the United States, whose openly accessible figures on coronavirus infections in Germany tend to be more up-to-date than the RKI's (to the extent that, for example, DW largely uses JHU data as its standard). Due to Germany’s federal system of government, the RKI relies on regional agencies to deliver it information, and there is often a lag as it compiles this.


Some German scientists and virologists have also found fault in more specific steps and guidelines issued by the RKI, for instance whether it is beneficial to conduct autopsies on people believed to have died because of COVID-19. The RKI currently advises against this on the basis that an autopsy could provide another chance for transmission.

But perhaps the most politically contentious example came late in March, when the RKI retweeted a message about the outbreak from probably the most controversial of all German politicians: Björn Höcke, of the far-right Alternative for Germany (AfD). It was quickly deleted and removed. The RKI later said that somebody had briefly gained unauthorized access to its account — without clarifying whether someone in-house had gone rogue or whether the account was externally hacked.

Many of the other criticisms leveled at the group can be explained away by the difficulties of trying to conduct medical research against the clock with an unusually expectant and impatient public following the process live. The most common accusation is one of mixed messages, often attributable to genuine changes in either circumstance or understanding.

So like most health organizations, the RKI was rather late to spot the virus's pandemic potential, meaning that more could have been done in January and February to prepare. As late as February 28, the perceived risk of COVID-19 to the German population was still deemed "small to medium" by the RKI. The group also transitioned, again broadly in line with most western countries, from advising the wearing of face masks only if you exhibit symptoms to later calling for people to cover their noses and mouths in public as a precaution.