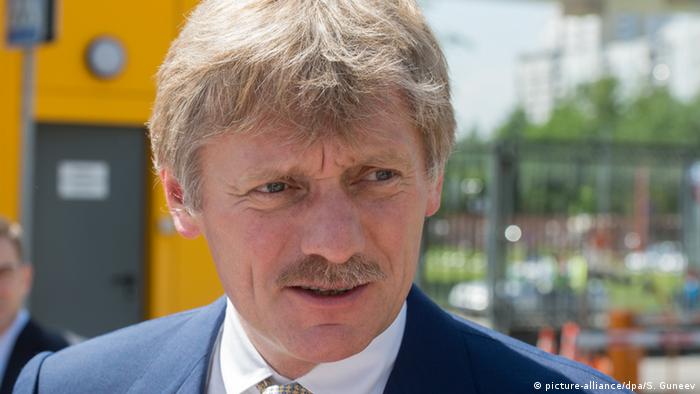 "Yes, I got sick. Receiving treatment," Peskov told the Russian news agency Interfax on Tuesday, adding that he was in a hospital.

The 52-year-old Peskov has been working as spokesman for Russian President Vladimir Putin for well over a decade and is one of the best-known faces in Russian politics. According to a report by the TASS agency, Peskov has last met with the president over a month ago.

The news of Peskov's infection comes after the country's health officials reported a record-breaking jump in infections on Tuesday with over 11,000 new cases. The daily increase in the country has stayed above 10,000 new cases every day since May 3. With over 232,243 confirmed infections as of Tuesday afternoon, Russia now ranks second in the world based on the total number of the coronavirus patients, according to the Johns Hopkins Institute. The US leads the list with nearly 1,350,000 cases.

Vladimir Putin has mostly been working from his residence outside Moscow, holding video-conferences with top officials, some of them broadcast live on television. Despite infections in the top tiers of the government, the Kremlin insists that the health of the 67-year-old leader is rigorously protected.

On Tuesday, Putin announced factory and construction workers would go back to work despite the pandemic.

"It is in the interest of all of us for the economy to return to normal quickly," Putin said.

Several patients being treated for coronavirus have died after a ventilator caught fire, Russian news agencies say. Initial indications are that the device was overloaded. (12.05.2020)

Russia accuses US of downplaying Soviet role in WWII

The Kremlin argues the US doesn't appreciate the 27 million Soviet lives that were lost in defeating Nazi Germany. Last week, the White House only mentioned the United States and Britain as victors. (10.05.2020)