Why we should be worried about methane | Environment | All topics from climate change to conservation | DW | 14.10.2020

Why we should be worried about methane

Methane is one of the most potent greenhouse gases contributing to global warming. Professor Rob Jackson explains why it gets overlooked, and how we can tackle emissions. 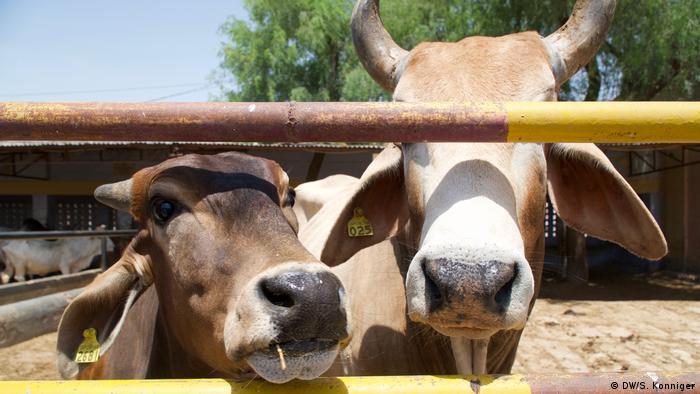 Cow burps, paddy fields and manure are some of the top sources of methane in our atmosphere. We already have some solutions to cut rising emissions, but how important is methane in terms of global warming? Stanford University Environmental Sciences professor Rob Jackson explains why we should pay more attention to the gas before it's too late.

DW: How powerful is methane as a greenhouse gas?

Rob Jackson: Well, since industrial activity began, methane has contributed about a quarter of all the warming that we've seen and it's far more potent, molecule for molecule or kilogram for kilogram than carbon dioxide is on a 20-year time frame. It's 80 or 90 times more potent. And even over a century, it's about 30 times more potent than carbon dioxide. So CO2 is still the dominant greenhouse gas we look at. But methane is second and provides a lot of opportunities to make a difference right now because it's so powerful.

What are the main sources of methane emissions?

We also emit methane from manures. That's about two-thirds of the methane that we release from our activities. And oil and gas and coal extraction and use contribute another third. Fossil fuel use continues to go up, particularly for natural gas. And that's releasing more methane into the atmosphere as well. Methane is the dominant gas in natural gas.

In terms of the methane released by livestock and cattle, there's also a bit of a misconception that it's cows farting. But it's actually them burping, is that correct?

You recently co-authored a study looking at some trends in methane emissions. What were your main findings?

Well, methane emissions have gone up another 10% or so in the last decade and a half, and they are at record levels today. Methane emissions from human activities have gone up even more, about 13 or 14% over the last decade and a half or so. So we aren't seeing methane concentrations in the atmosphere peak. They're still rising steadily. We haven't seen emissions peak yet either, and we are lurching farther and farther away from emissions that will keep global temperatures below 1.5 degrees C and even 2 degrees C, consistent with the Paris accord. That's true for carbon dioxide. It's also true for methane and nitrous oxide.

What are the reasons for that increase in methane?

Well, pretty much all the sources are going up. There are a billion and a half more people on earth today than there were in 2000. I mean, per person, we're also using more energy and eating more meat, especially as China and other countries become wealthier and eat a richer diet as we do in Europe and the US. It isn't just agricultural, though. It's fossil fuel use. Global energy use is rapidly increasing. 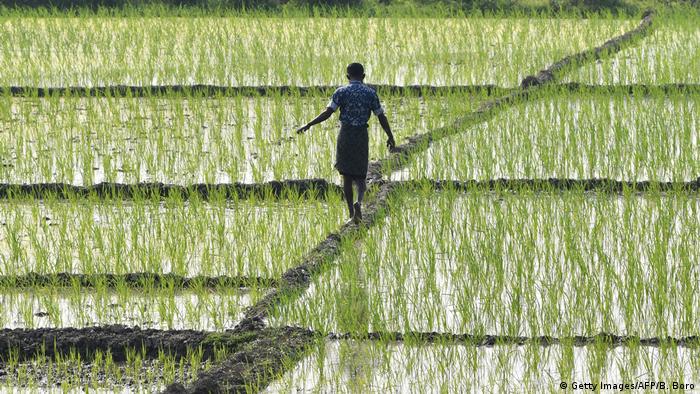 Rice farming is a major source of methane emissions

So should we be more worried about methane?

We should be worried about methane and carbon dioxide. Carbon dioxide is still the gas I worry about the most, simply because we emit 40 billion tons of carbon dioxide pollution a year and CO2 stays in the atmosphere for a century or centuries. Many generations from now, people will be bearing the consequences of the gases that we released. Methane is far more potent than carbon dioxide is, but it doesn't last as long in the atmosphere. So in a couple of decades, the methane that we released today will be removed naturally by atmospheric chemistry. So we need to tackle both these gases.

Why isn't methane talked about more as part of the climate discussion?

I think people forget about methane, there's so much focus on carbon dioxide. There's also another reason, though: We have been reluctant to address agricultural emissions, it's easier to attack a fossil fuel industry than it is to point the finger at farmers and at ourselves for our diets. Regulations have been tailored to the fossil fuel industry. Europe in particular has done more, I would say, than anyone else to regulate emissions of methane even in the agricultural sector. You have rules about manure management, for instance that we don't typically have here in the United States.

What can we do to reduce human-caused methane emissions?

We can eat less red meat in our diet and there is research underway to add oils and chemicals and algae and such into the diets of cows, particularly in feedlots, that appear to reduce methane emissions by as much as half or more. In rice farming, we can we can reduce water levels so that they aren't waterlogged continuously. Even just a short period of drying out for a few days knocks back the microbes that release methane.

And then, of course, there is the fossil fuel industry. We can use less fossil fuels. We can strengthen, not weaken, regulations that reduce fugitive methane emissions. We can use new satellites, aircraft, drones and technologies to find super-emitters quickly. I'm optimistic about that part, at least. I think the fossil fuel emissions will be easier to reduce than agricultural ones.

Read more:What can farmers do to protect the climate?

In terms of agricultural methane emissions, why are these strategies not being implemented already?

It isn't happening most places because it isn't required and because it's not the focus of our farmers and ranchers and meat producers. They're in the business of producing calories, producing food. So they don't know as much about managing greenhouse gas emissions as they know about raising cattle and raising rice and growing other crops. So I think this is a place where policy is needed. We can require them to manage their manure differently. We can provide incentives for feed additives and other things that will reduce emissions from the burping cows. And then for rice farmers, we need to show them that they can reduce emissions, but not hamper or reduce yield. And that's what people around the world are most concerned about when they're growing crops, they want to maximize yield. So we have to show in the research community that you can do this – reduce methane emissions, but not harm their yields much, if at all.

We don't have a lot of time to reduce emissions. I mean, in the last 15 or so years, we've added an extra 50 million tons of methane each year to the atmosphere. And that's like putting 350 million more cars on the world's roads or doubling the greenhouse gas emissions from France and Germany together. This cannot continue.

Rob Jackson is a professor of environmental sciences, climate change and greenhouse gas emissions at Stanford University in California. He also chairs the international organization Global Carbon Project. The interview was conducted by Sonya Diehn.