The number of people in the world could be 2 billion fewer than UN forecasts by 2100, according to a new study. With declining fertility rates and ageing populations, experts predict a global shift in power dynamics. 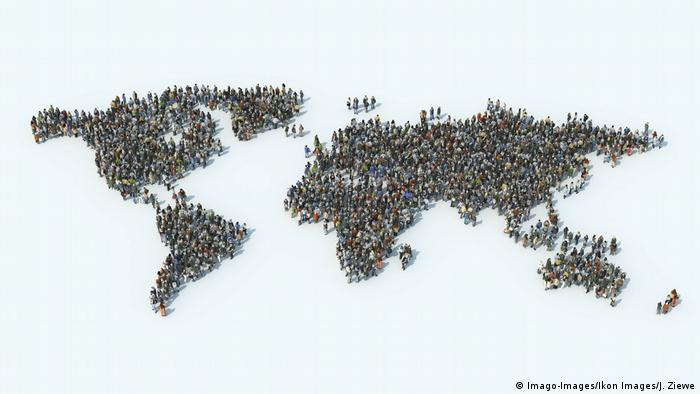 The world's population will increase from the current 7.8 billion to a peak of 9.7 billion by 2064, before dropping back to 8.8 billion by the century's end — 2 billion fewer than current UN predictions — a major study published on Wednesday said.

According to the researchers, by 2100, 183 of 195 countries — barring an influx of immigrants — will have fallen below the replacement threshold needed to maintain population levels. The populations of 23 countries will be half their current levels, with another 34 countries facing falls of 25 to 50%.

The United Nations in 2019 projected the world population could reach 10.9 billion by 2100.

Though the UN acknowledged that fertility rates are diminishing and populations ageing in many countries, the study in British medical journal The Lancet contends that the UN model did not "allow for alternative scenarios linked to policies or other drivers of fertility and mortality." Once the population declines, "it will probably continue inexorably," the researchers said.

The world can expect to see a changing global balance of power as a result of declining fertility rates and aging populations, the international team of academics from the University of Washington concluded.

Sub-Saharan Africa to triple in size

By 2100, more than 20 countries, including Japan, Spain, Italy, Thailand, Portugal, South Korea and Poland, can expect to see their numbers decline by at least half.

China's will drop from 1.4 billion people today to 730 million in 80 years. Meanwhile, Sub-Saharan Africa will triple in size to some 3 billion people, with Nigeria alone expanding to almost 800 million in 2100, second only to India's 1.1 billion.

"These forecasts suggest good news for the environment, with less stress on food production systems and lower carbon emissions, as well as significant economic opportunity for parts of sub-Saharan Africa," lead author Christopher Murray, director of the Institute for Health Metrics and Evaluation at the University of Washington, told French news agency AFP.

"However, most countries outside of Africa will see shrinking workforces and inverting population pyramids, which will have profound negative consequences for the economy," he added.

The study concluded that the best solutions for maintaining population levels and economic growth in high-income countries includes flexible immigration policies and social support for families who want children.

"However, in the face of declining population there is a very real danger that some countries might consider policies that restrict access to reproductive health services, with potentially devastating consequences," Murray warned.

World in Progress: Where are we in terms of population growth?