Global emissions of methane, a potent greenhouse gas, soared to a record high from 2007 to 2017, new studies have shown. Energy and food production demands created a 9% increase in methane emissions within that decade. 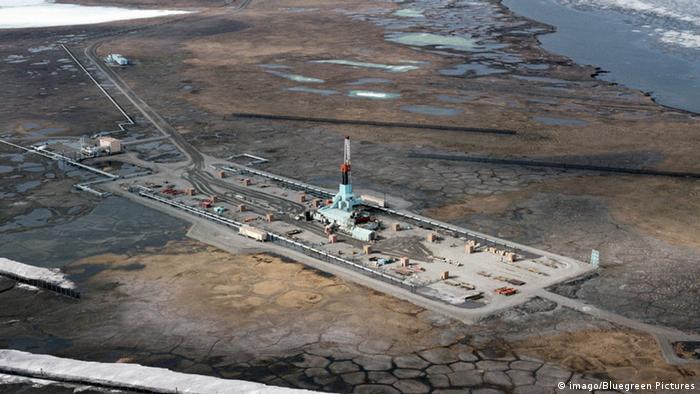 US oil and gas drilling and agricultural production worldwide are driving up global emissions of methane, researchers said Wednesday.

Emissions of methane — a greenhouse gas several times more potent than carbon dioxide — have increased by 9% in a decade due to demands for energy and food production.

The research, published in two scientific journals — Earth System Science Data and Environmental Research Letters — concluded that increased industry drilling by the US contributed most to the rise of methane emissions. The US is the world's number one oil and gas producer.

Read more: What can farmers do to protect the climate?

"There's a hint that we might be able to reach peak carbon dioxide emissions very soon. But we don't appear to be even close to peak methane," said environmental scientist Rob Jackson at Stanford University, who also heads the Global Carbon Project, which conducted the research.

"There's a lot policymakers and companies can do to cut methane emissions. But in most places around the world, we aren't doing them," he added.

The research also found that the world now produces around 50 million additional tonnes of methane every year than it did between 2000-2006.

The latest findings described how methane presents a growing threat.

Raising livestock such as cattle and sheep are also major source of methane emissions, as is coal mining, which releases methane from deep within the rock.

Researchers noted a shift from the 2000s, when methane output from human activity came mostly from coal mines. But from 2007 through 2017, methane emissions stemmed from fossil fuel leaks and food production as meat consumption rises globally.

Around 60% of manmade CH4 emissions were estimated to come from agriculture and waste, including as much as 30% from the digestive processes of cattle and sheep.

Some 22% comes from the extraction and burning of oil and gas, and 11% leaks from the world's coal mines.

However, recent studies based on new techniques for finding methane leaks using satellite data say that emissions from the oil and gas sector may be much higher than those shown in the study, which only included data through 2017.

Tens of millions at risk of lethal exposure

The colorless, oderless methane is a powerful greenhouse gas that traps the sun's heat, warming the earth 86 times as much as the same mass of carbon dioxide over a 20-year period.

Scientists warn that if greenhouse gas emissions continue to soar on the current trajectory, the planet has little chance of limiting global warming to 1.5 degrees Celsius, or even 2 degrees Celsius.

If Earth warms beyond that, tens of millions of people could be at risk of being exposed to fatal heat waves, coastal flooding from sea level rise and freshwater shortages.

"Given that these reports show that methane emissions are currently increasing globally, it does not encourage me that we will be able to reverse the trend and achieve the necessary reductions within the next decade," said one study co-author Thomas Weber, from the University of Rochester in New York.

The Global Carbon Project is a consortium made up of more than 50 research institutions from around the world. The group has gathered data from more than 100 observation stations.