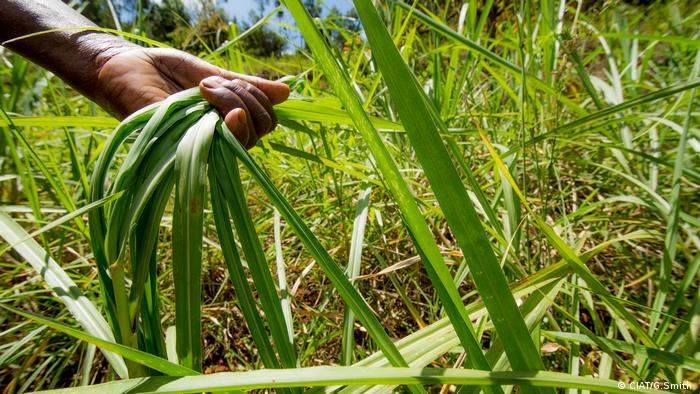 Lutz Merbold: So what we basically do is baseline the environmental footprint of the current diet of animals. In other words, we look at what they're eating and then quantify the climate impact in terms of greenhouse gas emissions and then we look at options on how to reduce these greenhouse gas emissions without hampering animal production. And one of the things we're testing is Napier grass. 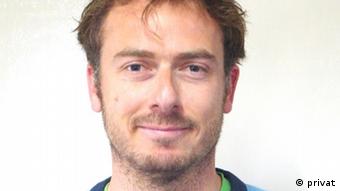 Scientist Lutz Merbold from the ILRI

I think it's a bit more complex than just focusing on Napier grass itself because the whole point is that there is no silver bullet on this, or that this is the best grass.

It doesn't really matter which grass, if it's a good palatable grass of good quality and quantity then it's going to be fine.

The point is how you cultivate this specific grass, because that has an effect on how well it can be digestible for an animal and how much methane it produces.

So just feeding Napier grass doesn't necessarily reduce methane emissions, as it depends on the quality and quantity of Napier grass or any other grass which is fed.

So anything we do, no matter if it's Napier grass or whatever, whatever diet you've been giving which meets the demand of an animal properly and consistently will boost productivity. It will also increase methane emissions but not as quickly as it boosts productivity and that's the reason why the ratio [of productivity against methane emissions] comes down. 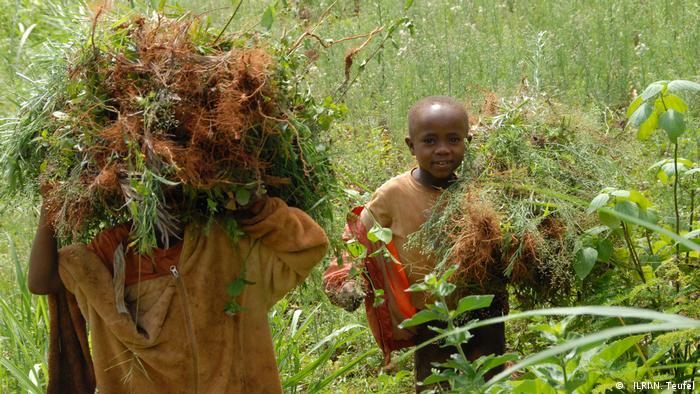 So by boosting yields from the animal, be it meat or milk, at a greater rate than the methane the animal is producing, that's what makes feeding animals quality forage better for the climate. What have the challenges been in Africa? 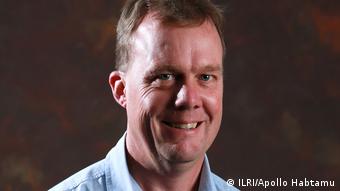 Scientist Chris Jones from the ILRI

Chris Jones: It's a system where animals are underfed and malnourished, and they're also challenged by the various pests and diseases and therefore the productivity in this part of the world is very low compared to more developed systems.

Merbold: We see regularly that you have Napier grass in a plot of a farmer who doesn't even fertilize it. But then many farmers let it grow until it's two meters high.

But as soon as it's that high it's a lot of biomass but it's really poor quality, it becomes almost like a "woody" vegetation, which is very difficult to eat for a ruminant like a cow.

The typical suggestion is to harvest a Napier grass plant every eight to 10 weeks when it's approximately a meter high because then you have the best quality, the most energy in the plant.

There's a lot of sugars etc. which are easily digestible for an animal, so that the animal can actually grow and then, of course, it will also produce methane.

But if it just eats the really old stuff, it will chew on it and chew on it and try to digest it. This will actually lead to more methane but less production. 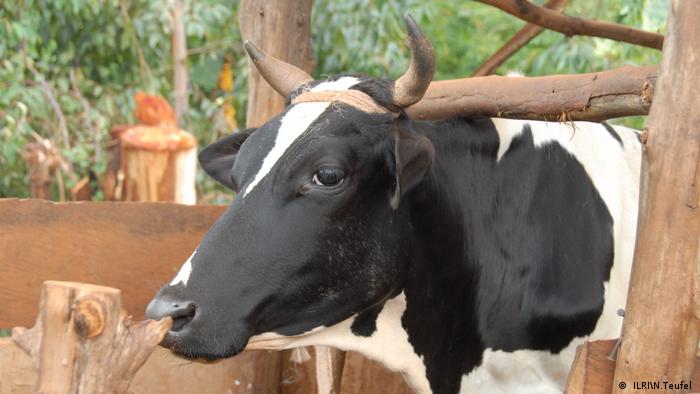 Cows' productivity increases if they eat better fodder, making it better for the climate overall

So this is partly about increasing awareness among farmers in Africa that they shouldn't let their Napier grass grow above a certain height?

Merbold: Exactly, that's one thing. And also if you keep animals, that you should actually have a forage grass plot cultivated so that you can feed your animals, because quite often this is not the case. The animals often just get plant residues from maize or Napier that is grown at the roadside.

Or then people just send their cattle into a forest, which you also want to avoid because that leads to a certain degradation of forests.

But again land sizes are small and very often the land a farmer has is rather used for the cultivation of maize or some vegetables, for example.

Once you have certain manure amounts available on your farm, you want to apply it where you get the highest revenue, and that is probably a maize field or a vegetable garden. 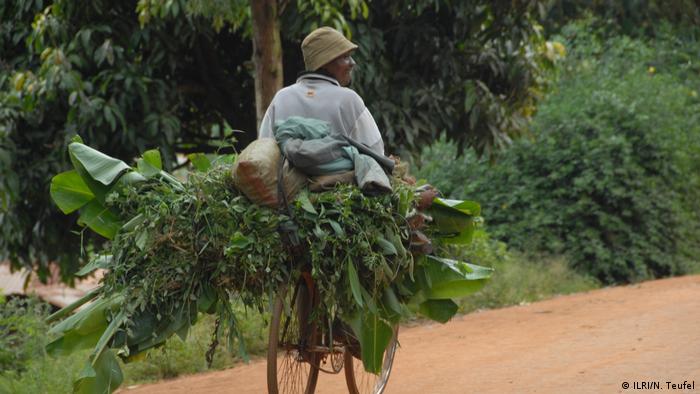 Even if you have a Napier plot but you don't fertilize it, your yields go down over time. The crucial point is that you're always taking something away. As soon as you harvest, you take nitrogen, for instance, away from your field.

If you don't bring that back to the field in the form of manure you're starting to mine nutrients from your soil and that is what is continuously happening in Africa and leads to low soil health.

If you want to have a cow which really produces, you need to feed it properly. For that you need to cultivate the field to forage grasses, you need to fertilize that etc. But that's not happening everywhere. There is a lack of manure in some places. So it's not as simple a solution as just suggesting a grass, you always have to look at the system. 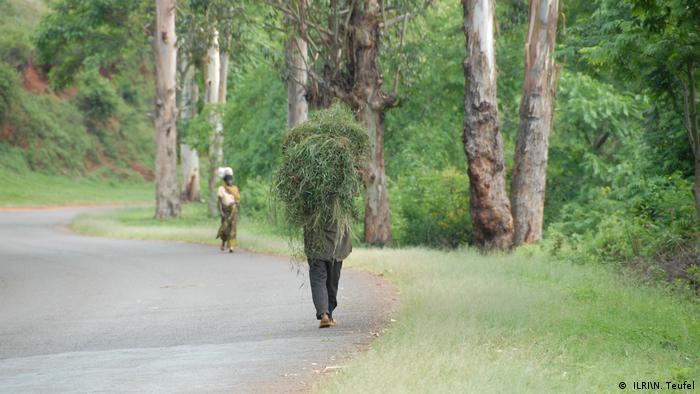 Why is it better that cattle eat Napier grass rather than grazing in the forest?

Jones: So it's basically about nutritional quality. The more productive an animal, the less emissions per unit of productivity. So the basic thing is that when they graze in the forests they're basically scavenging or going out looking for a low quality forage, which is anything that an animal will eat.

Whereas what we would say is that if you plant forage and manage it correctly, you have much more productivity per unit area, a much higher quality of feed going into the animal. 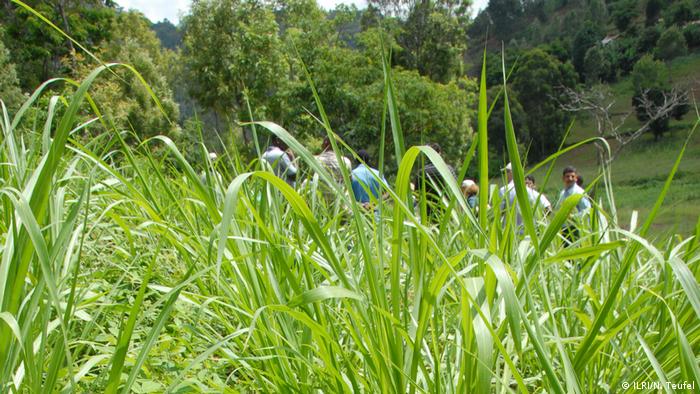 Many farmers in Africa can't afford to put fertilizer on animal fodder, prefering to use what little manure they have elsewhere

Is there a suggestion that we then give more land over to Napier grass or similar kinds of grass production and therefore clear forests to make way for better cultivated Napier grass?

Merbold: You shouldn't clear forests. That's not an option as these are big carbon storages and also hotspots for biodiversity. But what you can do is basically do a better farm management. In the end an improved farm management allows you to gain more from your land.

If you want to keep cattle and you want to produce something with cattle then you need to cultivate the forages and by that you are improving a system and your emission intensities emissions of methane per kilogram of product, such as kilogram of meat, go down. If not, those remain relatively high.

Lutz Merbold is head of the Mazingira Centre at the International Livestock Research Institute (ILRI) in Kenya. Chris Jones is program leader of Feed and Forage Development at ILRI. The interviews were carried out by Melanie Hall.

What can farmers do to protect the climate?

Rwanda's hillside farming communities are increasingly vulnerable to flooding. For some whose livelihoods were washed away, a green village offers hope. (29.10.2019)