′We are not locked into fossil fuels in Africa′ | Environment | All topics from climate change to conservation | DW | 09.09.2020

'We are not locked into fossil fuels in Africa'

As Africa develops faster, countries are shifting their focus to investment in renewable energy. The director of think tank Power Shift Africa explains how the continent can embark on a journey toward a green future. 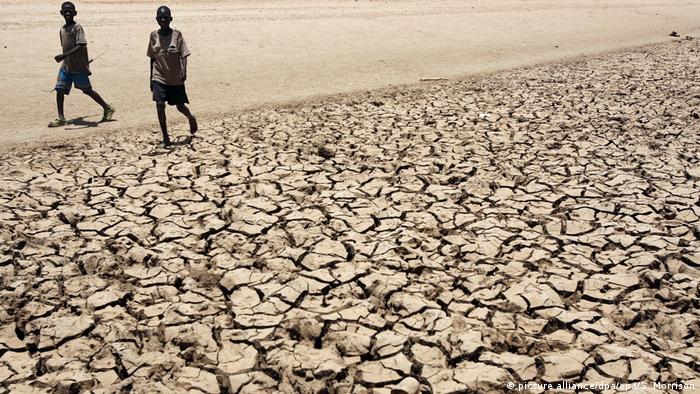 Africa currently accounts for less than 4% of global carbon emissions. But across the continent, standands of living are rising and the entire population is set to double by 2050. Either way, energy consumption in Africa is set to rise, prompting the question: Will this energy take the form of renewables or fossil fuels?

Mohamed Adow, director of energy and climate think tank Power Shift Africa, is working to mobilize climate action on the continent. He spoke with DW about what it will take for Africa to go green and disentangle itself from the business of exporting fossil fuels abroad.

DW: What paths can African countries take when it comes to increasing their energy capacity? 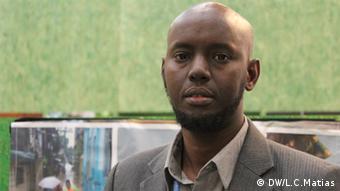 Mohamed Adow: On a continent where a good number of the population don't have a stable job and don't have access to reliable electricity what we need to be thinking about is: How can we effectively support these communities and these countries so that they can meet their sustainable energy access? Which is, I think, the first and overriding priority. But [we need to] do it in a way that they can actually develop and not contribute to the impact of climate change. As [the] continent develops, we will have to choose to develop a longer zero carbon path.

And which African countries do you think are best placed to make use of renewable energy?

Kenya: Wind farms but no power for locals

Why should we expect that renewable energy development in Africa will look different compared to other parts of the world?

The fact that we are not locked into fossil fuels in Africa — which is going to only present as a dead end in development when you factor in the impacts of climate change — [means] we can address the climate crisis by helping this continent radically shift away from centralised fossil fuel energy towards people-centered renewable energy sources. We just need to seize the moment.

Pressure from the fossil fuel industry is still very much present in Africa. What is it going to take so that Africa doesn't fall into those same patterns of fossil fuel investments?

I think there is hypocrisy on the part of energy donors and investors, because they want to fund dirty projects in Africa. We need to challenge these donors to ensure their investment in Africa is consistent with their climate objectives. If, for example, the UK has committed to net zero [carbon emissions] by 2050, then its investment must be consistent with a pathway that allows for zero carbon development — not just in the UK but in the rest of the world. I think a growing movement of people and countries are calling for equitable, effective, science-based solutions to climate change. The basic idea is simple: That those became wealthy while [contributing to] climate change shall compensate those who did not and who [are experiencing the] worst effects. That will include compensating Africa and incentivising Africa to [keep] fossil fuels in the ground and exploit the abundant resources we have in renewable energy.

How does the topic of reparations go from being a fledgling conversation to something that is actually happening at an international policy level?

For me, it comes down to justice. If we believe that the polluter should pay, then we must argue that those who are responsible for [contributing to] climate change shouldn't be allowed to shirk that responsibility. Similarly, we believe as an organization that in contributing to a solution like transitioning to a zero carbon future, we must distinguish between countries on the basis of their capacity to act, so that those with the greatest capacity can be asked to actually shoulder the greatest burden. Climate change does not affect us equally. So we must demand climate justice.

Renewable energy obviously provides energy at an increasingly affordable price to Africans. But you can't ship solar power overseas, unlike fossil fuels such as oil. How do you address the contention that other countries will still want to export fossil fuels for their own use?

Look at Nigeria, which is the biggest oil producer in Africa. A lot of its oil goes out of the country and Nigeria is still energy poor. You still have long queues in every service station for a basic product that the country is producing, but then exporting and then importing the refined product. This is still quite inefficient commercially, because it's characterised by imported, expensive and environmentally unsustainable fossil fuels. So here is an opportunity where we can either go down the path of an old-fashioned energy system that will lock Africa into standard assets. Or pursue a cleaner, sustainable path. These things are within our control. This transition will, of course, require a huge amount of political will. We need to mobilize people power and [push for] a big shift in global energy investment strategies. But we must be on this path.

Mohamed Adow is the director of Power Shift Africa, an energy and climate think tank based in Nairobi, Kenya.

Ghana and Nigeria are the first countries to respond to reports of European companies exploiting weak fuel standards in Africa. Stricter limits on the sulfur content of diesel will come into force on July 1.

Durban: Lessons to learn in urban renewal and regeneration

South Africa's third-largest city is becoming popular with tourists, as it shakes off its old reputation. But does the city's regeneration program reach those who need it the most? Sertan Sanderson reports from Durban.

Droughts have left herders in Laikipia desperate to find pasture for their cattle, and brought them into conflict with landowners. But better land management is showing that these pastoralist communities can adapt.