Can Africa develop on green power? | Environment | All topics from climate change to conservation | DW | 28.09.2018 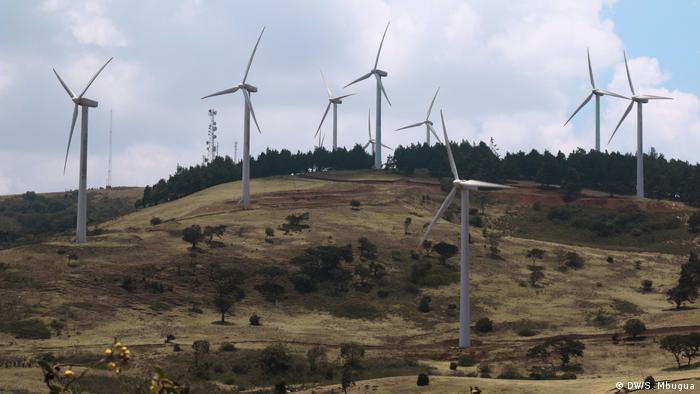 It's one thing when the power fails for an hour, but quite another when homes are regularly left in the dark for a day or more, and industry shuts down because of persistent power outages across a country.

That was the case in Ghana in 2015, when severe electricity supply challenges cost the nation an average of $2.1 million per day in loss of production, according to the Center for Global Development.

Ghana relies heavily on the Akosombo hydroelectric dam, which was built on the Volta River in southeastern Ghana in the early 1960s and has an installed capacity of 1020 megawatts (MW). But since 2014, water levels have been low, affecting power supply from the dam.

And the problem isn't specific to Ghana. Many sub-Saharan African countries rely on hydropower, which has become erratic due to drought and flooding. Most have suffered heavy economic losses as a result.

Meanwhile, Africa's energy demand is only set to grow. It's estimated that more than 660 million people, or 63 percent of the population of sub-Saharan Africa, has no access to energy. And energy is key to industrialization.

The African Union's "Agenda 2063" initiative aims to transform the continent socio-economically over the next 50 years, with commercial centers, infrastructure development, investment in science, technology, and innovation, and an integrated high-speed train network connecting all African capitals. All this requires stable, reliable, and efficient energy.

The World Bank estimates that by 2040, Africa will require 700 gigawatts (GW) of electricity capacity, seven times the amount of what is currently installed.

Coal and oil vs. wind and sun

Countries like Kenya, Ghana, Tanzania, and Uganda are prospecting for oil, natural gas and coal in a bid to meet that demand and grow their economies. The UN Economic Commission for Africa says crude oil, natural gas, and coal are still important energy sources that play a vital role in African economies and energy systems.

But is there a cleaner path to development?

Under the Paris Agreement, Kenya has committed to reducing its emissions by 30 percent, and Ghana by 15 percent, by 2030, compared to business-as-usual scenarios. African heads of state have signed up to the Africa Renewable Energy Initiative, which aims to produce at least 10 GW of new renewable energy generation capacity by 2020, and not less than 300 GW by 2030.

David Maina is an energy engineer at the Kenya Association of Manufacturers. He says Africa can develop without exploiting its fossil fuel resources. After all, the continent is also rich in clean energy resources— geothermal, wind, untapped hydro and biomass energy sources such as bagasse produced from the sugar factories.

"We can develop with renewable energy," he told DW. "Africa has cheaper renewable resources that we can invest in."

The question is how to get that investment flowing.

"What is needed is a more conducive environment for renewable energy development, requiring political will, and the right policies put in place to attract investments," Maina said.

A recent report by Oil Change International found that some 60 percent of international public finance in African energy goes to fossil fuels, compared to just 18 percent to cleaner alternatives.

Yet renewable power companies argue that with better market conditions, the necessary investment in green energy development could come from the private sector.

"Renewables become the viable opportunity for remote energy users from a cost perspective, affordability, and construction," she told DW.

Yet the Oil Change report found that such distributed off-grid solutions attract only around 2 percent of international public funding. Mabhena-Olagunju says opening up the power market to more competition could help bridge the gap.

"Africa has a monopoly state-controlled and -managed power provision," she said. "If African governments would be more open to more independent power providers competing with power state utilities and give the customers the opportunities to choose what they want that would make a business case for more investors."

"The private sector can invest in solutions but there must be returns," she added. 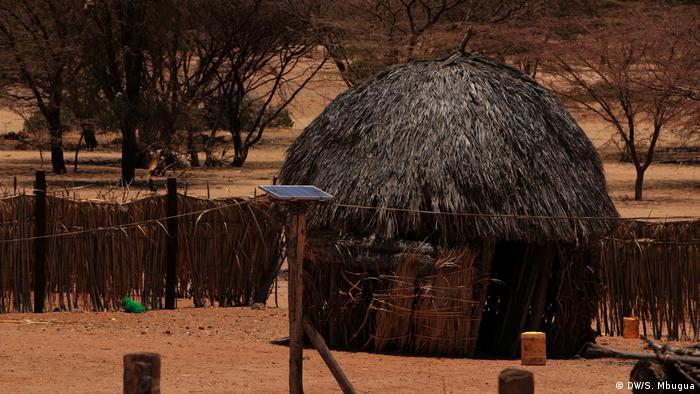 Small-scale power solutions: governments need to make it easier for consumers as well as power companies to invest in renewables

Kobina Nyanteh is the head of Translight Solar, which has been offering solar technology for homes in the Ghanaian capital of Accra since 2015. He says that for small-scale power solutions to take off, governments need to make it easier for consumers as well as power companies to invest in renewables.

Nyanteh says high interest rates in most African countries, combined with a lack of credit mechanisms, mean most customers have to pay up front for home solar systems.

Maina says Africa's state-dominated energy sector suffers from high distribution losses, lack of revenue due to the non-payment of bills, and poor tariff structure, which mean utility companies just don't have the funds to invest in transforming the energy system.

Kenya is the largest geothermal energy producer in Africa. 70 percent of the nation's power generation capacity is from renewable energy. Kenya's example "clearly shows that a country can develop on renewables," Maina said.

But he also explains that 20 percent of the electricity produced in the country is lost in transmission or distribution.

With grid infrastructure falling short, Maina argues that off-grid solutions are a great alternative for industry as well as homes and communities. He says African governments and funding institutions should encourage companies to invest in their own off-grid renewable power generation.

"We need to build industries' capacities by providing them with more attractive financing facilities, support banks to support energy financing and encourage the private sector to invest in renewable energy for their own consumption without feeding on the grid," Maina said.

Developing tech for a developing continent

Renewable technology has come a long way in recent years, and globally the costs have fallen. But there are still technical challenges to overcome.

DLO operates a 244 MW wind firm in South Africa. But wind and solar energy are always dependent on the weather, meaning some argue that fossil fuels are still essential to provide baseload power when the sun doesn't shine or the wind doesn't blow.

One option would be to store fluctuating power from when it's abundant and use it later, but so far the technology for battery storage is too expensive to offer a workable solution. But Mabhena-Olagunju says it's already possible to secure baseload power partly from solar, combined with gas, which is somewhat less carbon-intensive than other fossil fuels.

"It's been shown that a combination of solar energy with gas can meet a county's requirement. So the idea that you can only achieve baseload with fossils fuels alone is becoming obsolete," Mabhena-Olagunju said, adding that as the technology evolves, batteries and other storage options will get cheaper.

Governments are not keeping their promises when it comes to funding climate protection and everyone will suffer for it. The problem comes down to a lack of "strong leadership," UN chief Antonio Guterres has said. (27.09.2018)

Germany to boost green energy in Africa - but will it work?

With Africa’s energy demand on the rise, the German government is launching a new initiative aimed at helping citizens in African countries produce their own - by forming German-style energy cooperatives. (30.06.2017)

Building green homes out of mud in Ghana

Solar power stations, made in Germany