The world's least developed countries need more reliable power sources. Just turning the lights on could lift nearly 600 million people out of the depths of poverty, according to a new UN report. 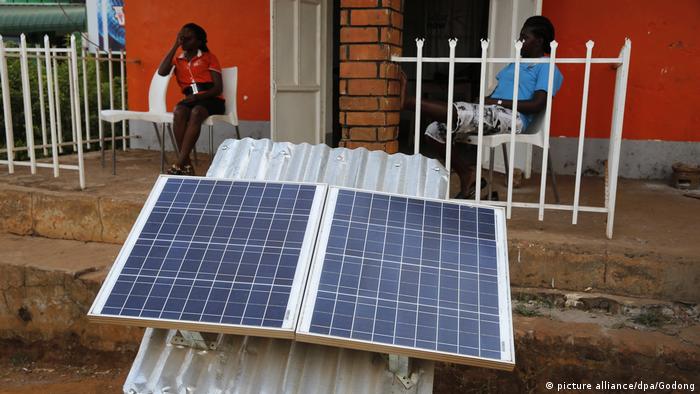 Huge tracts of the world are not connected to the electricity grid, let alone have high-speed internet access. This lack of power dampens economic activity and holds back agricultural growth, not to mention the millions of people it excludes from the digital revolution.

Even where power is available in developing countries, it is often not reliable. This unpredictability leads to frequent blackouts. Companies are forced to use generators, which only add to their already high cost of doing business.

What is taken for granted in many parts of the world is a luxury for hundreds of millions. The lack of power impacts hospitals and leads to higher mortality rates, while the lack of refrigeration makes storing vaccines a challenge. Sadly, powering up the world's least developed countries (LDC) is much more complicated than the mere flipping of a switch.

Every three years the United Nations reviews its list of least developed countries. In their latest report, 47 countries make the list. These countries struggle in three categories: poverty; economic vulnerability; and weaknesses based on social factors such as poor health, school enrollment rates and low levels of adult literacy. 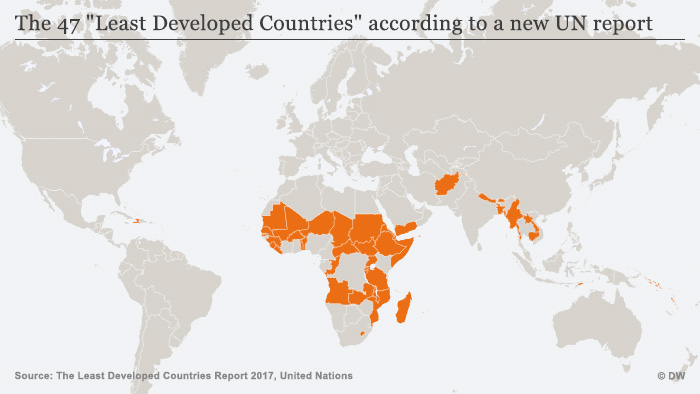 This list was first published in 1971. Since then only a handful of countries have improved sufficiently to graduate from the list to become developing countries — Botswana, Cape Verde, Maldives, Samoa, and this past June, Equatorial Guinea. Of the 47 nations still on the list, 33 are in Africa and nine are in Asia. Only one, Haiti, is in the Western Hemisphere.

When it comes to global development projects, the energy sector gets very little attention from donor countries or philanthropists. In 2015, only 1.8 percent of official development assistance aid directed to the least developed countries was intended to support the expansion or integration of power generation, according to the UN report.

Ghana: Could more efficient cookstoves save the climate?

This suggests that the UN is a long way from hitting one of its 17 Sustainable Development Goals to "ensure access to affordable, reliable, sustainable and modern energy for all" by 2030.

And even though electricity production more than quadrupled from 1990-2014 in the least developed countries, its overall impact was only a factor of 2.5 due to large population growth.

One solution may be the much talked about "leapfrog" model in which older technologies and business approaches are simply skipped. In Africa, it only recently became possible to jump over scarce state-owned telephone landlines and go directly to mobile phones and access the wider world.

But the challenges are huge, since 577 million people in the least developed countries do not have access to electricity. Yet many believe the answer could lie in the sun. Experts think it may be possible to leapfrog over the fossil fuel or hydro-powered electricity grid and go directly to off-grid renewable technologies.

Read more: Where few others dare to tread: the Aga Khan in Africa

In the beginning, this means building tiny solar panels that provide "universal access" — which only covers minimal household needs. The next step is to build small-scale mini-grid systems by connecting solar panels together. In other words, the bigger, the better.

This ramping up of off-grid electricity production faces high capital costs and an uphill technical battle. But since 2010, the economic burden has shrunk as the price of solar panels has come down by over 80 percent. Besides being good for the environment, if these efforts can be scaled up quickly enough, they can lead to "transformational" access to power and change much more than individual lives.

Learning from others' mistakes

The least developed countries also have the added benefit of being able to look at the lessons learned over the past decade from developing countries and avoid some of the pitfalls. If the right regulatory regime is in place, these LDCs can gain access to the building blocks of a modern economy, things such as electricity, mobile phones and the internet.

Read more: Germany to boost green energy in Africa, but will it work?

It's a huge challenge. It will require billions in investments — big and small. Just to cover the basic energy needs of all people in the least developed countries "would require an increase in 2014 electricity generation levels by a factor of 13.5" according to the report.

But every new solar panel is a small step toward a bigger solution and will allow the poorest of the poor to better tackle some of their other problems like bad and insufficient infrastructure, low productivity, high rates of disease and unsafe drinking water. Only after these basic issues are dealt with can rural entrepreneurs grab their fully charged mobile phones and have the full benefits of microfinance, phone banking, weather forecasts and other everyday economic conveniences, many of which are taken for granted in the richer corners of the world.

Meetings like the Rebranding Africa Forum bring together some of Africa's most vibrant and innovative young minds to discuss future challenges facing the continent. But when does the talking stop and the action begin? (22.10.2017)

The winners of this year's Innovation Prize for Africa have invented everything from a fast medical test for common African diseases to a device that can help produce more electricity by boosting efficiency. (19.07.2017)