Philanthropist Bill Gates has praised the German chancellor for leading African development talks ahead of the G20 in Hamburg. Gates also called the Trump administration's protectionist policies a "huge problem." 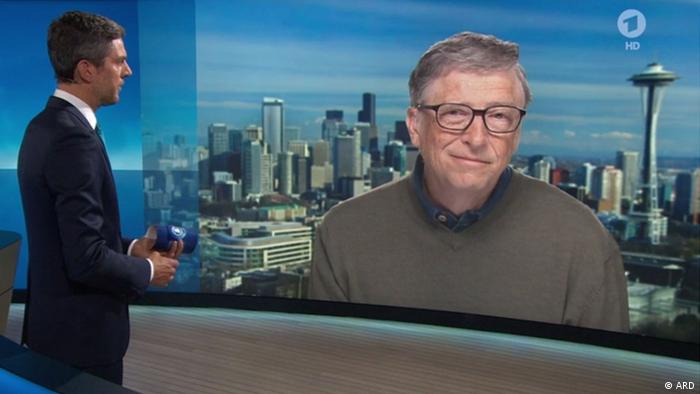 Microsoft founder and philanthropist Bill Gates praised Angela Merkel's role in making development and aid for Africa a key topic at this week's Group of 20 (G20) talks in Hamburg.

Speaking to Germany's "Tagesthemen" news program on Thursday, Gates said that the summit "gives countries the opportunity to push one another and work together in helping the continent," before adding that he admired "the chancellor's leadership on this issue."

Germany's G20 presidency has focused heavily on boosting cooperation with Africa. The German government has headed the launch of the G20 Africa Partnership and the G20 Com­pact with Africa initiative, which call for greater private investment, sustainable infrastructure, and employment opportunities to flow into the country.

The German government's Africa initiatives have drawn sharp criticism from development groups for focusing principally on investment over aid.

Gates also stressed that "it's important that we don't take our eyes off the current situation" in Africa. "Even if child mortality has halved or we boost agricultural productivity - the challenges facing Africa affect us all."

As part of the initiative raise awareness for Africa around the summit, Gates and wife Melinda's private foundation, which aims to enhance healthcare and tackle extreme poverty globally, supported and financed a benefit concert in the city of Hamburg on Thursday night. Among the headliners were British rock band Coldplay and Colombian singer Shakira.

The US billionaire described US President Donald Trump's "America First" posturing as a "major problem" and admitted that he has tried to convince the Trump administration that global cooperation "always has been and will continue to be in the US' interests."

That multilateralism translates to aid and development, too, Gates said.

"Fortunately it appears that Congress will keep the levels of aid spending as they currently are, despite the cuts put forward by the Trump administration," he said. "Luckily young people, but also many in Congress, remember that it's really in our interest to work together with partners such as Germany, to go to Africa and to follow through on our strategies out there."