G20: Hamburg's calm before the storm

G20 leaders have started arriving in Hamburg ahead of the summit on Friday, as protests kicked off in a city braced for disruption and the potential for violence. Rob Mudge reports on his first impressions. 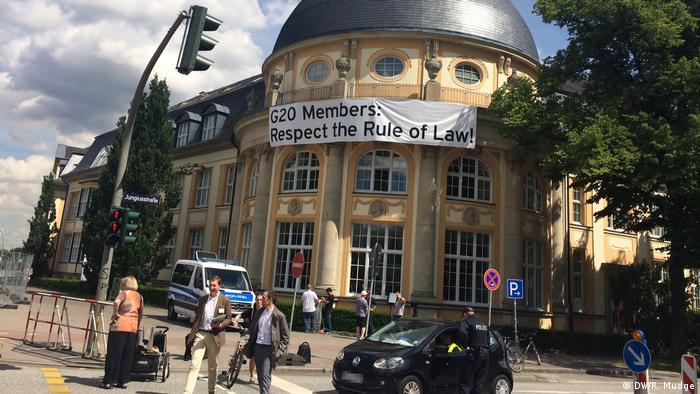 My claim to fame so far: I managed to get here before Donald Trump, a pretty good start.

The scene at my hotel was deceptively peaceful, barricades have been set up further down the road in anticipation of tonight's protest march which is expected to be anything but peaceful - no surprise given their motto: "Welcome to hell."

So, nothing like Wednesday's march past the hotel, which hotel employee Antonio said was a buoyant affair. "It was actually really enjoyable, there was music and people were really upbeat," he told DW.

Writing on the wall? 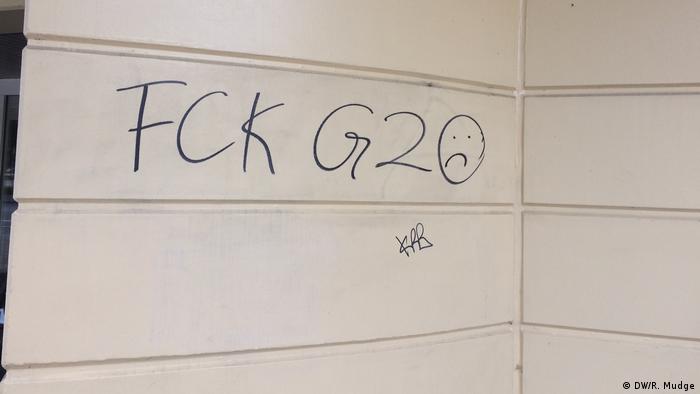 In case some people didn't get the message

He wasn't quite so happy about the graffiti painted on the wall of the hotel, which spells out in no uncertain terms what protesters think of the summit. "I scrubbed the walls only yesterday, but that was obviously a waste of time and I suppose it'll only get worse." He's also chained the bench in front of the entrance to the wall to deter protesters from getting the wrong ideas. "All the front windows of the hotel were smashed during the May 1 protests," he explained. 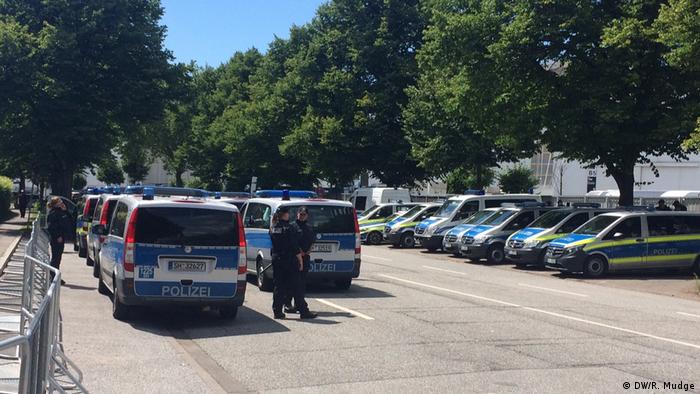 A fraction of the 3,000 police vehicles deployed in Hamburg

My three-minute walk from the hotel to the press center was actually pretty uneventful if you discount the hordes of police, the interminable buzz of helicopters overhead and the security checks on the way. I'm now firmly ensconced in the press center which is a buzzing hive of activity. There are 4,800 journalists here from 65 countries to cover the summit and try to make sense of it all - judging by the frantic typing, editing and TV two-ways going on they're having a decent crack at it. 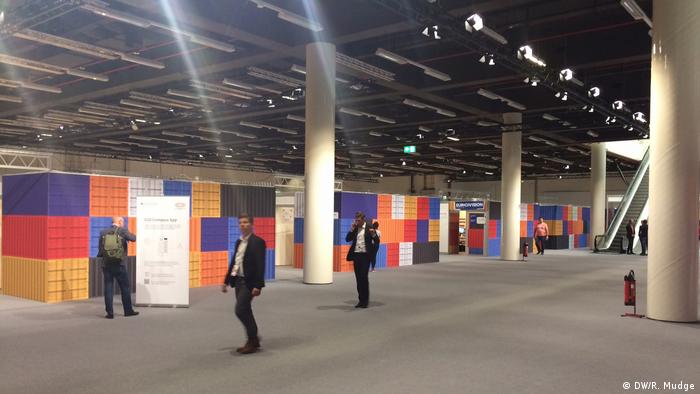 The press center for the summit - at least it's colorful

Outside in the real world, the city seems to be taking things in its stride. It may be quieter than usual but as hotel employee Antonio says, that's a result of a many shop owners taking the precaution of shuttering their premises. 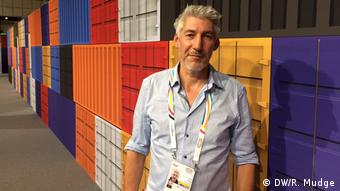 Rob Mudge is reporting from the G20 in Hamburg

"There's a guy down the road from the hotel who owns a hardware store who's put up boards in front of his shop windows and is hoping for the best."

Tonight's "Welcome to hell" march will be a pretty good indication of how the rest of the G20 summit unfolds and whether the expected violent protests overshadow their peaceful counterparts and also, perhaps more importantly, the summit and its ambitious aims.