Durban: Lessons to learn in urban renewal and regeneration

South Africa's third-largest city is becoming popular with tourists, as it shakes off its old reputation. But does the city's regeneration program reach those who need it the most? Sertan Sanderson reports from Durban. 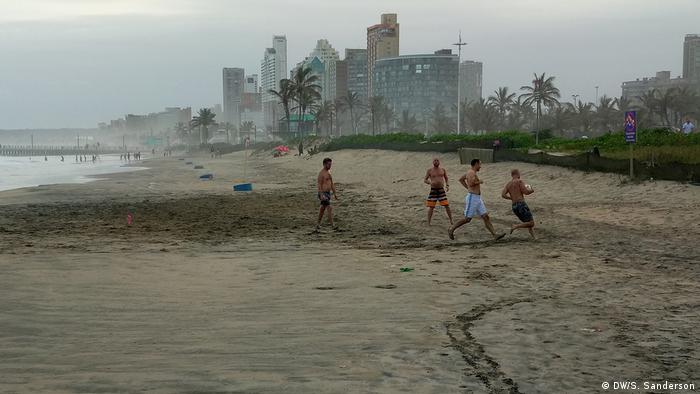 Durban will take your breath away — literally so. The South African metropolis on the Indian Ocean boasts an average humidity of 80 percent most of the time. When you land at Durban's King Shaka International Airport, expect to be met by a wall of heat and humidity. 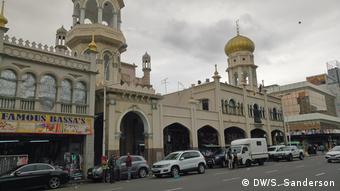 Arriving by air is actually becoming an increasingly popular way to reach South Africa's second-biggest coastal city, as new international direct routes to Durban have been added in recent years due to popular demand.

The city with a population of 3.5 million was voted one of the "New7Wonders Cities" of the world in 2015, which kicked off an urban regeneration boom that transformed the African metropolis, bringing it the biggest boost since the 2010 FIFA World Cup in South Africa.

No changes on Skid Row

However, you do have to look for that regeneration. Despite generous cash injections in recent years, Durban's inner city with its unique Art Deco buildings and multiple-lane avenues doesn't appear to benefit from the urban revival. 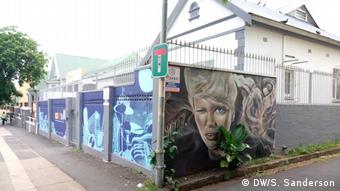 Hip to be square: Glenwood is one of Durban's happening precincts where street art plays a great role

The inner city streets are chiefly characterized by the typical symptoms of poverty: people are being accosted everywhere by locals in hopes of making a quick buck, begging and theft are rife throughout the area, and tourists are advised to keep their wits about them if they decide to venture out and about in this part of town.

Yet there is plenty to discover; Durban's famous markets, in particular Victoria Street Market, are just part of the colorful street scenes here. From woven Zulu baskets to so-called Makoti dresses to fragrant spices, visitors and locals alike bargain and barter their way through town.

From hype to hipsters

It is outside Durban's inner city that the urban transformation is noticeable. The precincts of Glenwood and Florida boast a good number of pubs, bars, restaurants and cafes that are frequented by locals and tourists alike. Glenwood in particular is celebrating a bit of a moment: This is where Durban's digital nomads hang out all day, where MacBooks and flip flops (lovingly called slip slops in South Africa) appear to be part of an unspoken dress code. Regeneration clearly means gentrification in this neighborhood, which merely a decade ago would have passed as "residential" at best. 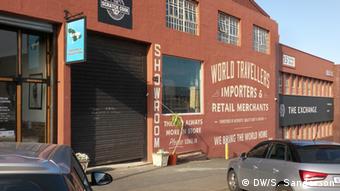 On the right side of the tracks: Station Drive boasts a number of cutting-edge art dealers and food stalls

The tourism board of KwaZulu-Natal Province makes a point about mentioning the fact that a world-famous, Seattle-based coffee restaurant chain opened a franchise here — as if that is supposed to attract further visitors. While it is true that locals lined up around corner to get a triple nutmeg Frappuccino when Starbucks first came to Durban in 2017, it hardly qualifies as a great attraction in the greater scheme of things.

For a more genuine coffee experience (as well as a certain amount of hipster overload, especially on weekends), head to the Station Drive precinct. Authenticity is key to understanding this little neighborhood, says Magdalene Reddy, director of the local African Art Centre:

"We're trying to build a community here away from the commercial touristy stuff," she explains, highlighting how hard it is to run a creative business in volatile times.

At the community-run arts space, local artists get to showcase and sell their work in an intimate setting. Reddy explains that the fact that they're housed in a former warehouse was a matter of necessity and not style: "We couldn't afford our old space anymore, so we moved here. But I think that many visitors like the warehouse feel." 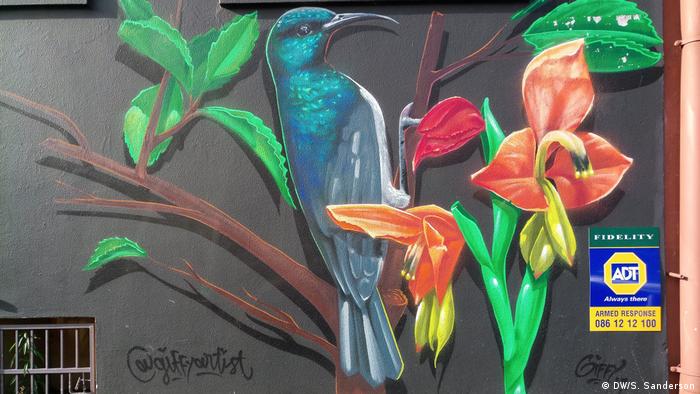 When asked about Durban's momentum in general, she clarifies that "Durban really is happening now, but we here are happening not because of all the hype but despite it." She regards herself as an agent of the same kind of regeneration that the local and provincial government are pushing in Durban — but not a beneficiary.

Across the street, Edward Papaphotis sells ice cream — or as aficionados call it: gelato. From pineapple to licorice to vegan options, Papaphotis explores new ideas all the time. He highlights that the "new" Durban prides itself with such international flavors as his gelato, and that this is the place to be if you want to establish a new business in South Africa: "I would have a lot more overheads and competition in Cape Town and Johannesburg with my business." 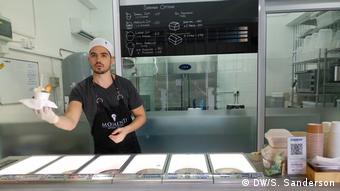 Edward Papaphotis is passionate about Durban — and about gelato

Perhaps the secret to Durban's regeneration is the fact that locals do their own part while the government is also pumping money into the city. Whether this process takes place side by side or goes hand in hand, doesn't seem to matter: Durban seems to be improving not only its image for tourists but also the quality of life for those who live there — at least for those who have money.

Most of the public money spent on Durban's renaissance indeed seems to flow to where the tourists go. Where once there were vagrants and a profusion of drug needles, poseurs and wannabes lies the Durban Promenade - the famous miles-long beach front that has been cleaned up and upgraded. 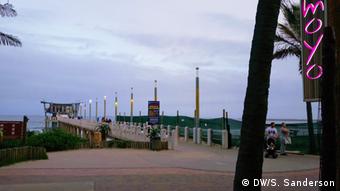 At the bottom of South Beach, the world's fifth largest aquarium, uShaka Marine World, welcomes families to learn more about the creatures of the Indian Ocean.

Next door, the uShaka Waterfront presents a plethora of mostly failing tourist shops, all guarded by the watchful eyes of security personnel making sure that visitors are left alone, as beggars repeatedly try their luck approaching tourists.

In North Beach, there's even a little local police station housed in what used to be a public toilet, reassuring visitors that Durban has shaken off its old reputation of a rundown city rife with crime. And granted, there are no signs of the criminal drug world of past times; but instead, there is abject poverty next to five-star hotels. Many tourists to the region these days actually prefer to stay in nearby Umhlanga or Ballito to avoid being exposed to such polar opposites.

As for "cleaning up" the beach front, Durban passes the test also by yesteryear's standards, but the abundance of plastic trash on the sand and the boardwalk area cast doubts about Durban's readiness to meet contemporary sustainability standards. 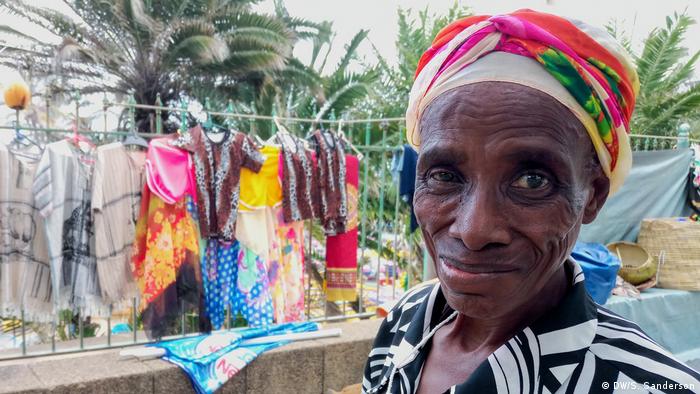 On the beachfront: Zungo works where others come to holiday

The beach front is also where 69-year-old Zungo has her business. All day long, she makes bracelets, necklaces and jewelry out of beads — a Zulu tradition that dates back centuries. 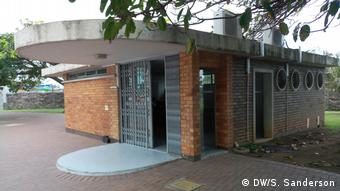 On a good day, she explains, she makes 400 Rand. That's roughly €25 or $30. Sometimes, she camps out overnight on the spot where she sets up her little stand. When asked whether that's safe, she just smiles with a sense of humility.

It is evident that these revived parts of town are largely still reserved for the wealthy — despite the fact that even with cash injections, the Durban promenade resembles Atlantic City on a good day — and Blackpool on a bad one.

Poor people like Zungo are treated as if they are a tourist attraction in their own right.

Durban clearly thrives on such contrasts, in fact it's a big part of its charm, as the city continues to grow, prosper and reinvent itself. But there is no doubt that the only beneficiaries of its urban renewal are those who have the funds. For many locals, change comes at a premium and is painfully slow for them to truly benefit from it.

But at least they now have a Starbucks where they can sit and wait for a better tomorrow. 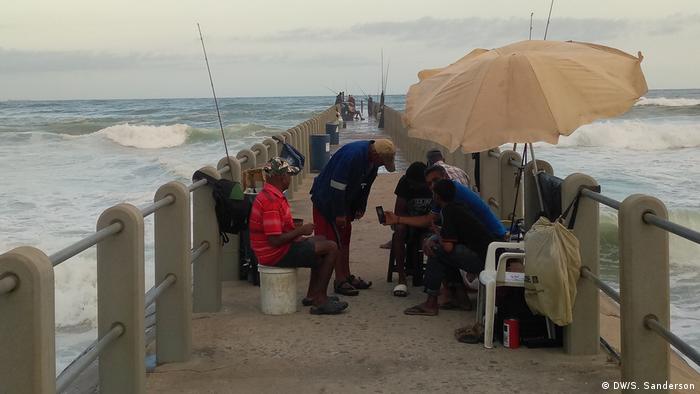 There's no such thing as a free lunch: fishing is not a past time but a way of sustenance for many Durbanites