Why horrid tales alone won′t help German asylum applications | Asia| An in-depth look at news from across the continent | DW | 08.01.2018

Afghan asylum seekers in Germany often narrate terrifying accounts of the circumstances that led to their departure from their home country. But can these stories provide a legal basis for their stay in Germany? 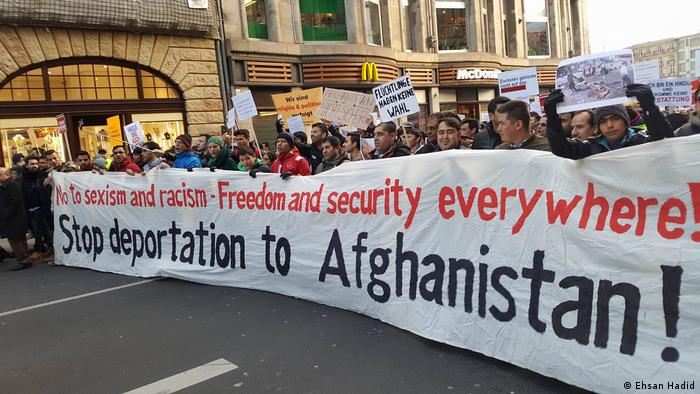 "Last night, the Taliban attacked our house [in Afghanistan] and killed our father and brother."

Haneefullah received this message from his other brother who had escaped the attack. Luckily, Haneefullah was staying at his friend's place when the militants attacked his house.

"Don't come back to the house. Flee the country," his brother told him.

According to Haneefullah, he could not even attend the funeral of his father and brother. He borrowed money from his friends and left eastern Nangarhar province. He is now an asylum seeker in Germany.

"I eventually reached Germany after passing through many countries, taking dangerous routes," Haneefullah wrote in an e-mail sent to DW.

Prior to the attack, the Taliban had given a choice to Haneefullah's family: join the Islamist insurgency or be killed.

Haneefullah, who was an English language teacher in Afghanistan, and his brothers, who were soldiers in the Afghan army, did not want to fight for the Taliban.

"We didn't take their threats seriously and went on with our daily lives," Haneefullah said.

It was only after he lost his father and brother that he decided to leave the country.

But according to Haneefullah, his asylum application in Germany hasn't been as smooth as he had expected.

"I'm worried I might get deported. If they sent me back to Afghanistan, I would definitely be killed," he added.

But German authorities cannot grant asylum to all Afghans who have fled their country. They all narrate harrowing tales of their escape from the war-torn country. Most of these accounts cannot be verified.

For instance, Latif Qadirzadah, a young Afghan who used to be an engineer in the country's air force, had to flee the country for political reasons.

"I was expecting that German authorities would grant me asylum easily as I gave them proof. But I have been kept in a state of limbo for months," Qadirzadah told DW.

Last year, more than 15,000 Afghans applied for asylum in Germany. Thousands of asylum applications are rejected every month. In 2017, some 130 Afghans were deported back to their home country. Despite the fact that Afghanistan remains a largely insecure country, just over 44 percent of Afghan asylum seekers have been given permission to stay in Germany.

The German Federal Office for Migration and Refugees (BAMF) is responsible for making decisions on the future of asylum seekers, who receive an invitation for a personal hearing with the authorities. With the help of a translator, they can explain the reasons for leaving Afghanistan and the possible consequences of their return. If an asylum seeker fails to satisfy the authorities, their application is turned down. This happens when they don't have verifiable documents to support their claims.

"The Federal Office decides on the asylum application on the basis of personal hearings and a detailed examination of documents and evidence. Every individual story is considered as decisive," the BAMF told DW in a statement.

According to the German government, the authorities analyze every asylum seeker's story carefully, but it is often difficult to verify them.

Asylum seeker Haneefullah says he would prefer to be sent to a third country rather than being deported back to Afghanistan.