In the first two months of 2017, Germany has granted asylum to only 48 percent of Afghan migrants, local German media has reported. This is a drop of 30 percent since 2015. 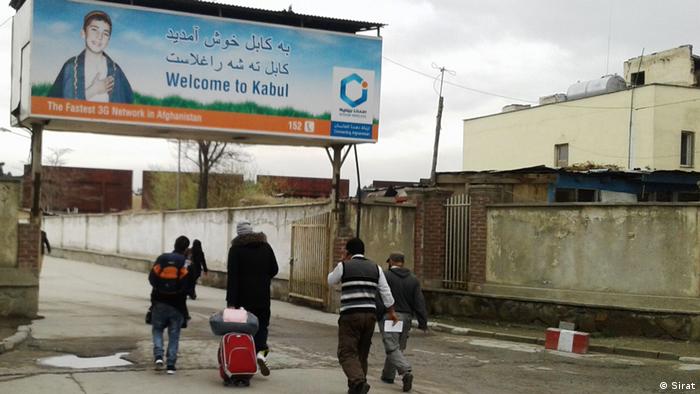 The German government rejected 14,403 of 27,639 Afghan asylum applications in January and February, the Passauer Neue Presse reported Sunday. In 2015, 77.6 percent of Afghani asylum seekers were accepted, and in 2016 only 60 percent. This year is the lowest so far, at 47.9 percent for January and February.

The information was released at the parliamentary request of the German Left Party, which claims that Afghani asylum seekers are being unfairly deported back to their home country, where they could still face harm or persecution. The German government has declared Afghanistan to be a safe country of origin.

Chancellor Angela Merkel has taken a tougher stance on migrants in Germany who do not receive asylum, with group deportations of failed Afghan asylum seekers having begun this past December.  The Chancellor is running for reelection in September this year and has come under fire in the past for her open door asylum policy as a million migrants entered Germany two years ago.

"It's a result of political orders to increase deportations and send a warning signal,” Ulla Jepke, a  Left Party politician, told the Passauer Neue Presse newspaper, in response to the German government granting fewer Afghans asylum. 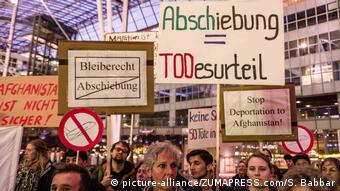 A protest against deportations at Munich airport

This news follows a report over the weekend in which German news magazine "Der Spiegel” claimed that several thousand former Taliban fighters could have possibly entered Germany under the guise of asylum seekers. The magazine reports that the Public Prosecutor General has encountered 70 cases, and six men are being held in pre-trial detention.

Legal proceedings are to begin next week in Berlin and Koblenz against several suspected former Taliban members. This is in addition to current proceedings against suspected members of  the ‘Islamic State' in Germany who came as asylum seekers.

The Afghan minister of defense and army chief of staff have resigned over a major Taliban assault on an army base, the president's office says. The news came as US Secretary of State Jim Mattis arrived in the country. (24.04.2017)

German vaccine manufacturers could be hit by cyberattacks and espionage, the federal government has warned. It also said the actions of conspiracy theorists could undermine vaccine efforts. Follow DW for the latest.