Musical freedom of expression is under fire, but artists like Iran's Farzane Zamen and Egypt's Ramy Essam refuse to be silenced. They're sharing their stories of bans, censorship and prison at the World Forum on Music. 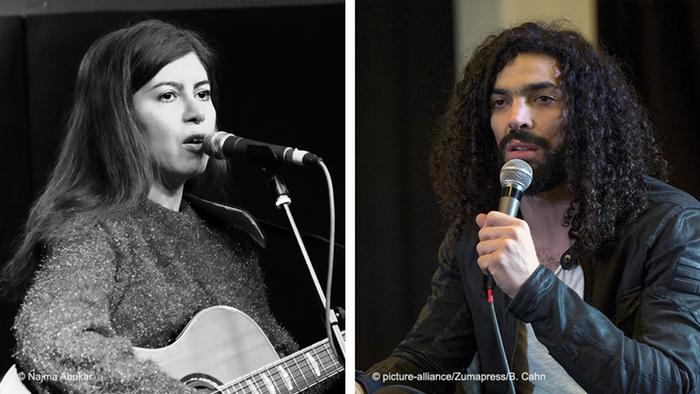 Ramy Essam (above right) processed the events of March 9, 2011 a long time ago. Yet they remain seared in his memory. His arrest by Egyptian army officers. The beatings with wood and metal sticks. The military boots kicking his bare body, stomping on his head. The electric shocks from tasers. And his torturers calling him by his name, "Ramy," making it clear they knew exactly who he was: The musician whose song "Irhal," or "Leave," became the anthem of the Tahrir square protests that toppled long-term President Hosni Mubarak during the Egyptian Revolution. 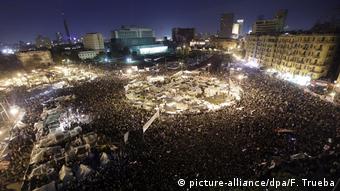 Essam's song 'Irhal' was inspired by protesters' chants in Tahrir square in Cairo. He performed it for tens of thousands of demonstrators there.

It was the most violent reprisal Essam has faced from the Egyptian authorities for his politically critical music. And though he's been living in exile in Sweden since 2014, he has not been silenced.

In 2018, during the Egyptian presidential campaign, Essam released his single "Balaha." In Arabic, the word means date fruit, and in Egypt it's also used generally to describe a person in an unflattering manner. The song criticized the previous four years of government and was aimed at sparking debate among Egyptians before the vote, Essam told DW.

After the video's publication, the government arrested the lyricist and poet, Galal El-Behairy, as well as music video director Shady Habash and Essam's former social media manager, Mustafa Gamal, even though the latter two were not involved in the song's creation. All three remain in prison on terror-related charges, among others.

For Essam, seeing his artistic collaborators imprisoned was more painful than the torture he experienced. "They hurt other people because of something that I did," he said.

He launched the Balaha Case campaign to draw international attention to what he argues is wrongful imprisonment, and he'll highlight his colleagues' plight while speaking at a session on freedom of expression at the upcoming World Forum on Music (WFM) in Paris on October 1. 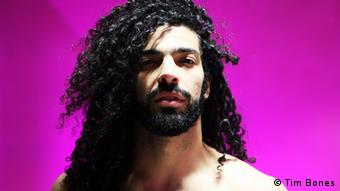 Violations from Nigeria to Spain

The right to freedom of expression, one of the five music rights outlined by the International Music Council, is increasingly under fire globally. Restrictions on musical expression are being talked about more today than ten years ago, European Music Council President Ian Smith, who will moderate the WFM session, told DW.

But it's not just talk: A 2019 Freedom House report noted a sharp decline in overall freedom of expression since 2012; while the State of Artistic Freedom 2019 report from Freemuse documented 270 cases of repression in music in 2018, 68 more than the previous year.

Violations are varied and happen worldwide. In 2018, Nigeria banned the hit song "This is Nigeria" by superstar rapper Falz for alleged vulgarity, fining stations that played it. In Kyrgyzstan, the government blocked the music-streaming service SoundCloud for being an "extremist" site, while Russia canceled concerts by IC3PEAK after its music video, "Death No More," featured scenes in front of political landmarks.

Europe is also no stranger to violations: Spain imprisoned 14 musicians in 2018 for "glorifying terrorism" or disrespecting national symbols. And the Freemuse report highlighted the German Ruhrtriennale festival's decision in 2018 to disinvite the band Young Fathers over support for a controversial Israel boycott movement as a test of free speech.

Limiting musical freedom of expression takes place at multiple levels, Dudt and co-secretary general Ruth Jakobi told DW. "It's not just I cannot perform, and I cannot move. It's also I just don't get the opportunity to perform."

From underground in Iran to onstage in Scotland

Farzane Zamen faced this situation at home in Iran, where the Islamic government prohibits solo female musicians from publicly performing or publishing their music. Zamen spent most of the past ten years composing songs in her room in Tehran, recording them in private studios, and publishing them on online platforms like US-based Radio Javan. While she was asked to sing at private gigs for mixed audiences, she always turned the opportunities down.

"I didn't feel comfortable because anything can happen, even at the concerts where musicians have permission," she told DW.

Zamen will also speak at the WFM session. She'll travel there from Glasgow, Scotland, where she has been living since 2017, first as a sponsored artist and then as a refugee. 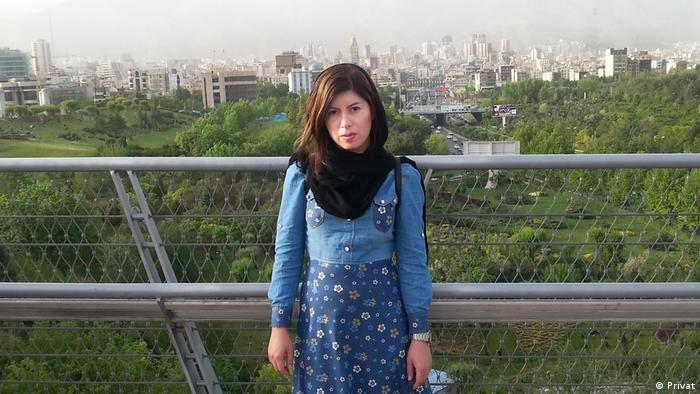 Zamen was an underground musician in her home, Tehran

Her decision to apply for asylum was colored by the release of her first album in 2018. Entitled Z Bent, Zamen described it as a critical take on the discrimination Middle Eastern women face. When she tried to publish the album on Radio Javan, the site's admins turned her away, saying it was too political and that other admins inside Iran had been imprisoned for publishing underground music.

"It was a very sad day for me, because I found myself in a situation where the regime controls even the media outside of Iran," Zamen said.

As her album flew under the radar at home there was still a heightened sense of risk after the release. Combined with another crackdown by the regime against protesters, and the general musical restrictions in Iran, Zamen then decided to apply for asylum.

Little hope, but music goes on

Zamen doesn't hold out much hope that the situation for musicians in Iran will be improved. "As long as the Islamic regime is there, the hope for change is zero. Even sub-zero," she said.

And while she wishes she could be at home to connect to music-loving Iranians, she is inspired by her new musical freedom in Scotland. "Here I am a performing artist, and I am really good at it," she said with a light laugh. "Honestly!"

Essam cannot return to Egypt. He has also been charged in the Balaha case, which he believes the government is using to intimidate other artists. But he and imprisoned lyricist Galal will continue to make music. They will soon release a song on the Sudanese democracy movement, and Essam is currently setting Galal's prison poem "The Tartan Shirt" to music.

Essam doesn't believe there is true freedom of expression in Egypt right now, but art can morph around repression, he says. The form may change, "but the message and the core will be there. And the people in the streets are smart enough to understand the message between the lines and behind the words."

To hear more music by Ramy Essam and Farzane Zamen, as well as other musicians who are being persecuted for expressing themselves, check out DW Culture's Spotify playlist "This is Freedom of Expression."

Mehdi Rajabian could be sent back to prison at anytime, but he continues to produce music banned under Iran's strict censorship laws. His new album shares a message of peace from artists around the Middle East. (03.09.2019)

#Susamam has had more than 20 million clicks on YouTube. The musicians' message to their fellow citizens: "Don't remain silent!" The ruling AKP party in Turkey feels provoked; the Turkish press has also admonished DW. (12.09.2019)

Lawmakers have approved constitutional amendments allowing Abdel-Fattah el-Sissi to stand for a third term as well as extending presidential terms, pending a referendum. Critics warn of a slide into authoritarianism. (16.04.2019)