Migration is in focus at this year's Ruhrtriennale in western Germany. The experimental program with a premiere by a Syrian director is attractive, but Young Fathers' support of the BDS movement has caused rumblings. 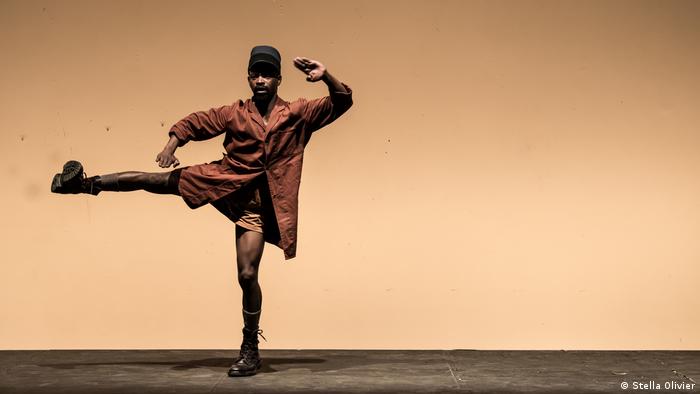 Stefanie Carp, the Ruhrtriennale's new director, is looking foward to the downbeat of the music and arts festival on August 9. Named successor to Johan Simons for the seasons 2018 to 2020, she's developed a lineup of events focusing on the issues of flight, migration and the aftermath of colonialism.

Politicians and the media have been focusing on another issue, however: the canceled appearance of the Scottish band Young Fathers, which supports the controversial BDS movement (Boycott, Divestment, Sanctions) that protests the state of Israel's occupation of the West Bank. In a response to criticism of the band's position, Carp canceled the group's appearance and later, after talking with the band members, reinvited them — an invitation that the group turned down. The director distanced herself from any anti-Israeli stance, but wasn't able to convince her critics.

A planned festival podium discussion entitled "Freedom of Speech/Freedom of the Arts" also drew criticism from Jewish associations, which noted that Carp had not invited representatives of the Jewish community. Finally, even Armin Laschet, state premier of North Rhine-Westphalia — where the festival takes place — cancelled his own scheduled appearance, citing a recent resolution in which Germany's parliament, the Bundestag, clearlyrejected the tenets of BDS.

"It's very unfortunate that Armin Laschet will not attend the Ruhrtriennale this year. I take the reasons for his cancellation seriously and will engage in a debate on the subject on August 18," Stefanie Carp told DW.

Making use of the interregnum

Explaining the festival motto "Zwischenzeit" ("Interregnum," or the time between two events in a series), the festival director said, "It's the short span of time that we still have to make adjustments as to how we want to live as an international community." With societies in great economic, ecological and social upheaval and a growing potential for violence, people are fleeing and being excluded from societies, she explained. The current time of transition, says Carp, is an opportunity to sketch models for a different kind of life in freedom and equality. 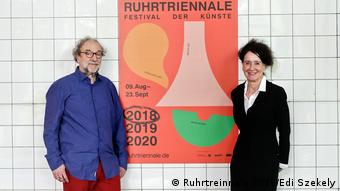 Zwischenzeit will be the thematic heading in the coming two years of Carp's tenure, as well. "Next year we'll probably focus more on democratic processes, and in 2020 it will have to do with work and the changing nature of work," said Carp.

Several artists at this season's Ruhrtriennale, one of Europe's major festivals, are taking up the issues of war, expulsion, migration and post-colonialism — artists including Laurie Anderson, the American performance artist; Sasha Waltz, the choreographer; and Christoph Marthaler, the Swiss stage director.

Marthaler's production of the incomplete "Universe Symphony" by composer Charles Ives is one highly-anticipated event. Describing the universe from its origins to modern times, the work will be rendered in the form of a "music theater creation" directed by Titus Engel and with a stage set by Anna Viebrock.

"We're using the entire hall with instrumentalists and actors, improvising to the music of Ives," says Marthaler. "It's an experiment, a challlenge." 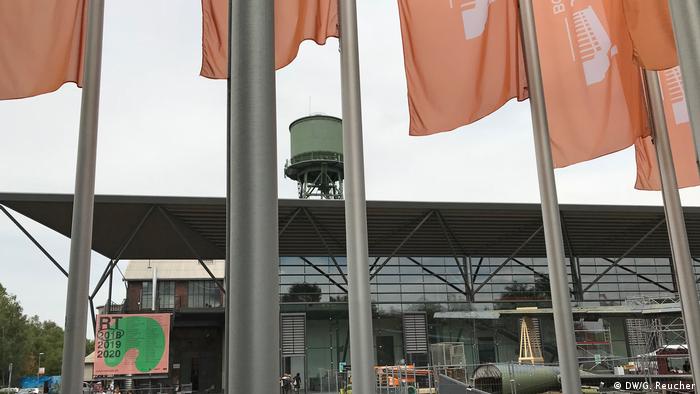 The Jahrhunderthalle (Century Hall) in Bochum, scene of Marthaler's production

Founded in 2002 as an interdisciplinary festival of the arts, the Ruhrtriennale exploits decommissioned industrial sites of the coal mining region for art, films, music, theater and multimedia projects.

The season opens with the first performance in Germany of William Kentridge's music theatrical work, "The Head and the Load." The title comes from a saying in Ghana: "The head and the load are the troubles of the neck."

Combining theater, shadow play, music and dance, Kentridge's production is filled with rich imagery that deals with Africa's role in World War I. A little known fact: Over two million persons from the African continent were recruited by European powers as soldiers or weapon carriers during WWI. 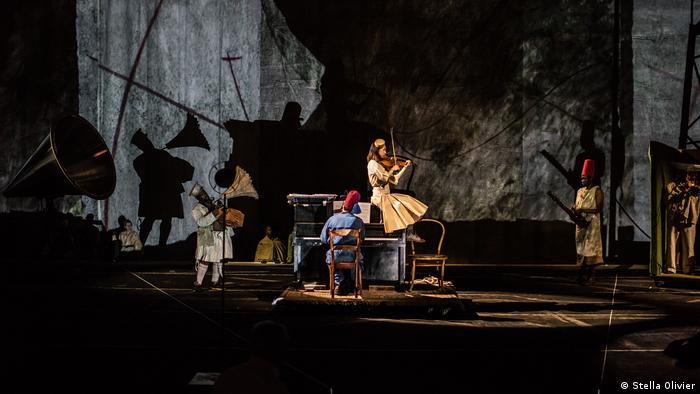 Scene from 'The Head and The Load'

World premiere with the conflict in Syria

With his world premiere of "The Factory," Syrian director Omar Abusaada deals with European corporations involved in the war in Syria. "Its history is not isolated from what is going on in the rest of the world," Abasaada explained to DW Interview.

"The Factory" by Omar Abusaada and author Mohammad al Attar tells the story of a French cement factory that continued production in a war zone in Syria until 2015, even though foreign nationals had been evacuated from the site three years earlier. Production continued first in cooperation with the Syrian army, then with resistance fighters, and finally with the Islamic State. Abbasaada, who lives in Damascus, cannot perform in Syria and mounts his productions outside the country, collaborating in Berlin with the Volksbühnetheater.

Over 920 artists from roughly 30 countries participate in this year's Ruhtriennale in 33 productions — a number of them from Arab and African countries. The festival takes place at various locations in the Ruhr region from August 9 until September 23.

Six participants from various Arab nations and the UK have pulled out of this year's Pop-Kultur festival due to a small amount of Israeli funding. Is this a legitimate means of protest or an example of anti-Semitism? (22.08.2017)

How long can we live in luxury? Ruhrtriennale arts festival director Johan Simons is driven by questions of globalization and inquality in an event that offers visions for the future. (18.08.2017)

Carlo Chatrian: The festival is bigger than the person

With the Locarno Festival in full swing, it's Chatrian's last season as artistic director before he moves on to the Berlinale. After six years, what does he think about the art of curating a festival? (03.08.2018)