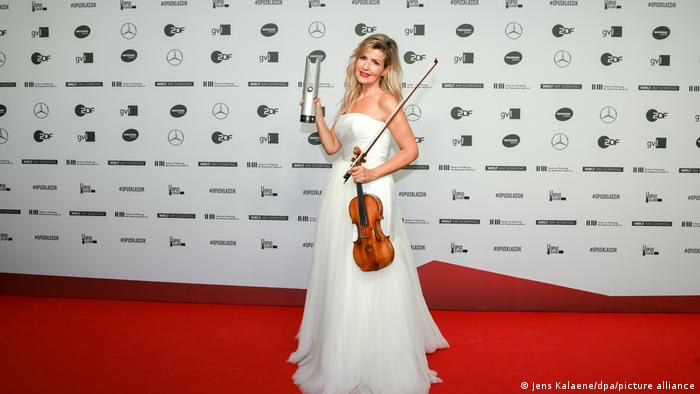 Germany's illustrious violinist, Anne-Sophie Mutter, has just added another award to her glittering resume, having won the Instrumentalist of the Year/Violin Opus Klassik prize in Berlin for her recordings of John Williams' film music.

Indeed, Mutter won her first music competition half century ago as a 6-year-old. When conductor Herbert von Karajan heard her play at the age of 13, he took the musical prodigy under his wing.

But Mutter has also emerged as a spokesperson for the culture industry. Upon receiving the Opus Klassik 2020 award on October 19 in Berlin's Konzerthaus, the violinist elaborated her view on the way the pandemic is affecting musicians.

In her acceptance speech, she stated that of over 50,000 musicians in Germany, two-thirds of are working independently and as freelancers. "My colleagues have the same right to stand on the stage," she said, noting that many are "not only unemployed but living at the poverty line." 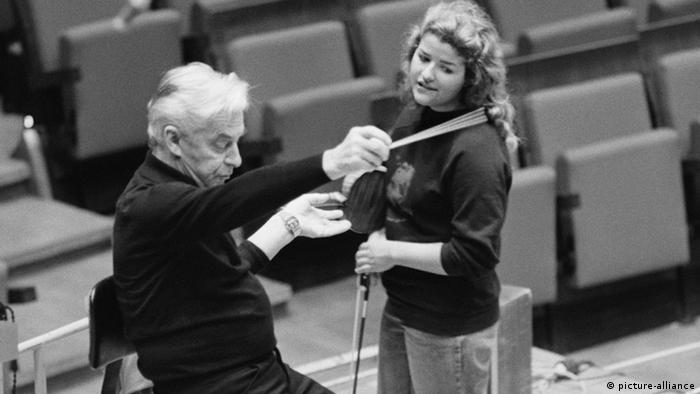 In early 2020 on the occasion of Beethoven's 250th anniversary year, Mutter toured the world performing violin sonatas by the composer. But she had to break off the concert schedule as the coronavirus pandemic took hold, especially after she herself contracted the virus in March.

But the violinist has been determined to continue promoting a music business that she says turned over 13.6 billion euro in 2019. The industry is a "treasure" that "must be preserved," she said when accepting her prize, adding that "all must come together through this crisis."

The public, too, she points out, needs the music — perhaps even more than ever before. "I noticed this in the few concerts I played this fall," Mutter told DW. "You really know then that the listener has come especially for this evening for this program. That's when we get a sign from the audience: 'Yes, you are part of our lives'."

A need for more inclusion

For Mutter, there are still hurdles to overcome when it comes to making the industry more inclusive and diverse, in relation to both gender and race.

"There have been a handful of female conductors from 1920 to the present day," said Mutter, adding that it might be some progress but isn't yet enough. "I don't want to hide the fact that racism also exists in the classical music industry, and we have to talk about it," she added.

In response, the violinist created the Anne-Sophie Mutter Foundation to support young up-and-coming classical musicians from all over the world with financial support. 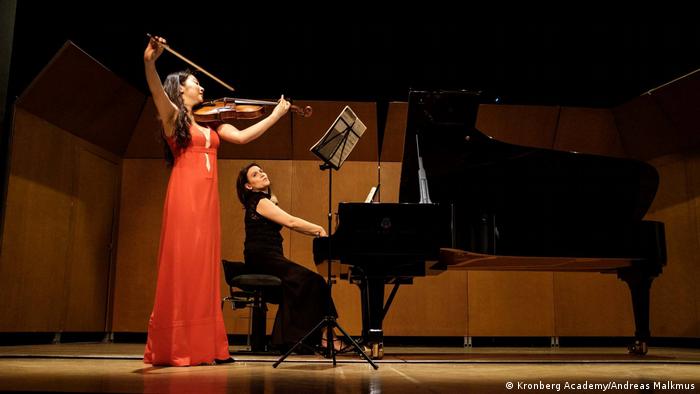 "For me, of course, it doesn't matter at all what the cultural or religious background of a person is in general. When it comes to musicians it depends on talent, on their personality," said Mutter. "And I am very happy that in my foundation I am able to support musicians who have great talent."

The Opus awards acknowledge exceptional artistic achievements of the past twelve months in the classical music realm. Mutter won Artist of the Year/Violin for the album Across the Stars featuring movie themes written, arranged and conducted by John Williams. The composer has written the film music for blockbusters such as Jaws, Star Wars and Harry Potter.

"John Williams has the ability, like all great composers, to write in a way that makes it seem accessible and easy to understand. But when you delve a little deeper, you see the refinement of harmony," the violinist, a self-proclaimed Star Wars fan, told DW.

Other winners of the live award ceremony, which was staged with consideration for coronavirus measures and broadcast on German television station ZDF and livestreamed on Facebook, included mezzo-soprano Elīna Garanča, who won Female Singer of the Year, and Austrian pianist Rudolf Buchbinder, who received a Lifetime Achievement award.