'I get asked questions my male colleagues would never get asked': Alondra de la Parra

A new documentary on DW follows the charismatic young Mexican maestra over 14 months as she conducts on three continents. As she tells DW, the sheer fact that she is a female conductor is still fascinating to many. 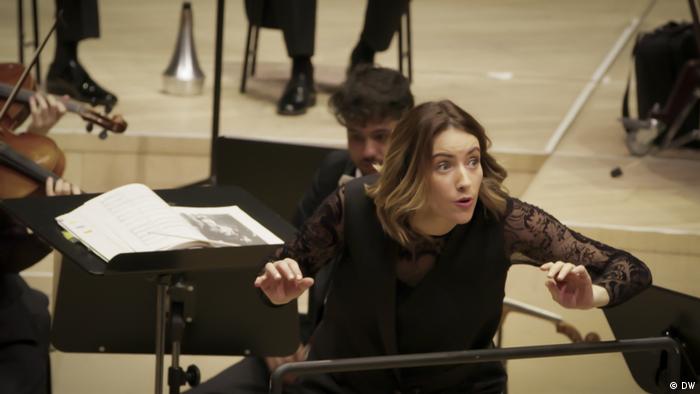 A rising star in classical music, Alondra de la Parra has conducted more than 100 orchestras in 20 countries and is now music director of the Queensland Symphony Orchestra in Brisbane, Australia. For the documentary film La Maestra: Alondra de la Parra, the conductor allowed access to her private archive, giving a personal view of the life of a jet-setting young mother and podium star. DW's Rick Fulker spoke with the conductor ahead of the documentary's debut.

DW: Have you seen the film?

Alondra de la Parra: Yes, I have, and I like it. It was a weird thing for me because when the producer Bernhard Fleischer and the director Christian Berger approached me about it, I thought it was a strange idea. It took a long time for me to accept it. I felt that I'm still very young and in many ways at the beginning or in the middle of my career.

So doing a documentary at this point didn't make sense to me. But when I saw the film, I really liked it because I did see myself and didn't feel that they were amplifying or diminishing anything. I felt it was quite true to what my life and work are at the moment.

Was it a disturbance to have the camera crews around?

No, because it was just one person with a camera, Sven Jakob-Engelmann, who is good at being invisible. I honestly never felt his presence. When we were negotiating, I said, "There's no way I can walk into any rehearsal with a crew because it will change the energy completely." It literally was one person, and one very kind, gentle and sensitive person who knows when and where to be and how to not disturb.

DW has been following your activities for some time in television reports and in the web series "Musica Maestra." Has the media attention affected your artistry or your approach to communication?

The series has essentially been just a continuation of what I already had been doing: recording conversations with soloists or giving a behind-the-scenes look at what making classical music involves — and posting these on social media. DW has a much bigger platform, of course. But as with the documentary, I insisted on not having camera teams around. The difference is that here the amateur feel to the videos is thoroughly intended.

In journalism, when we write a piece or produce a film, we focus on doing our best. But it is said that the success of a product is 30 percent production effort and 70 percent marketing. Is it the same in the classical music industry? Do you and your colleagues find yourself going to a lot of effort explaining and selling the product? And is that time well spent? 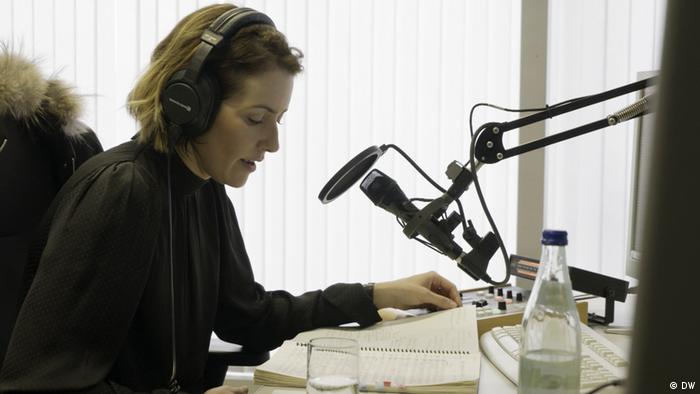 That's not how it works for me individually. I spend more like 90 percent of my time on my work and 10 percent marketing it. I just do what you see in the camera. I keep doing my thing, it's being documented, and that's it.

There are a number of women conductors now emerging on the world stage, so it's not as unusual as it used to be. But do you still find yourself confronted with the issue of being a female conductor and find yourself answering awkward or annoying questions?

It's still an issue, especially with interviews.

No, you're formulating the question in a different way. But I would say that in 99 percent of the interviews, I get asked questions that I know that my male colleagues would never get asked. I am going to do something interesting about that, and it's going to be really fun, you'll see!

But yes, there's just no way out of these very strange questions that almost every person who interviews me asks.

Like: "Do you feel the musicians are distracted because you're beautiful?" They wouldn't ask Paavo Järvi that! Or Simon Rattle or Daniel Barenboim. Or things like: "How do you manage your time with being a mother and a conductor?" Well, all these male conductors also have kids, and they never get asked that, do they?

Questions like that are not offensive, but it's just ridiculous because I want to talk about the pieces I'm working on, about the composers, about the challenges and the philosophy behind the works. I'm as invested as my male colleagues in the music I'm doing. But in interviews I generally have to spend most of the time talking about other stuff. So that is frustrating.

We know that classical music is a complete world of experience with both feminine and masculine qualities. Yet up to now, it has been a male-dominated field. Has that resulted in an over-emphasis on the masculine aspects of music? 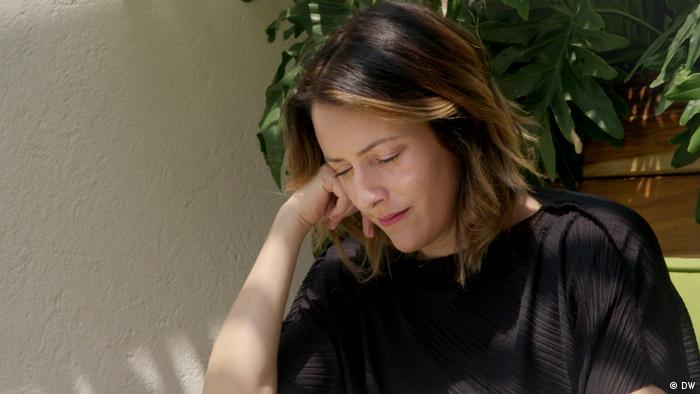 Reading scores is part of the job

I've never thought about it quite like that. It's possible. But I feel that every conductor — or every person — has male and female qualities, and to conduct, one needs both — because music asks for both. So when you see a great conductor who's a man, you're seeing their femininity all the time. And vice versa.

I think the answer is actually no. To me, the sensitivity and the sensibility of a human being is a mixture of stories, backgrounds, emotions, even chemicals. That's what you see and hear, and that's what makes any conductor or any artist unique. Most of the greatest conductors, who have been male, have had many feminine qualities. We just haven't singled them out as such yet, but yes.

What's more important: the live performance or the dissemination of it in the media?

These are two very different things. To me, a live performance is the most magical, beautiful and unparalleled experience. With the technological, digital world we live in nowadays, I feel that the concept of going to a concert hall and sitting with another two thousand human beings in silence, to listen to another hundred human beings create with their voices, their breath, their arms, their eyes and their energy music that is conveyed to us uninterrupted, that is evaporating and never coming back: that's incredibly magical. As we get more and more tired of the non-human aspects of life, this experience of going to a concert hall for live music played by an orchestra will grow more valued.

But I also think using technology to make this available to more people is amazing. And the fact that people anywhere in the world can be listening to the same thing happening somewhere else and be connected somehow is also really exciting. It adds to the live experience, but will never replace it.

At the Beethovenfest's Campus Concert, the National Youth Orchestra of Germany plays music from Mexico - including a work commissioned by DW. It's a German-Mexican performance full of surprises. (21.09.2016)

Star conductor Alondra de la Parra is both reporter and protagonist in DW's unique new series "Musica Maestra." She will be appearing in 26 web-videos and six television shows. (14.07.2017)