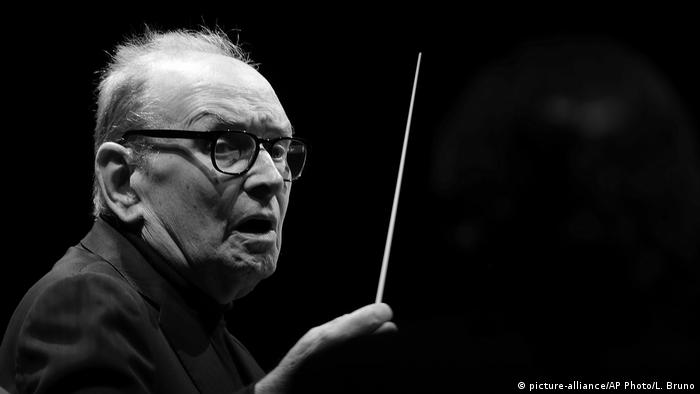 He composed an estimated 500 scores for film and TV over more than 50 years. Italian maestro Ennio Morricone became a legend with the soundtracks he created for the so-called Spaghetti Westerns of the 1960s. He has died at the age of 91.

'A filmmaker must ask me'

Hollywood tried to lure him to the US countless times. He was even offered a mansion once, entirely for free — but Ennio Morricone declined. He had recently admitted he didn't speak English, and felt that at his age, it was too late to learn. As he said, he was a Roman at heart.

Ennio Morricone was born born on November 10, 1928, in the Italian capital. His father Mario, a trumpet player, realized early on that his son was also musically talented. Ennio started composing music at age six, and was enrolled at the conservatory when he was 12. He first learned to play the trumpet — following his father's advice, who argued that his own talent fed his family well. Ennio later studied composition, graduating in two instead of the usual four years: a natural-born talent.

The young musician played the trumpet in jazz clubs, then landed jobs with theaters and in the record industry. Finally the RAI Televisione TV broadcaster employed him to arrange songs for, among others, Mario Lanza, the tenor whose roles in Hollywood movies made him famous worldwide in the 1950s.

Ennio Morricone, strapped for cash, thought writing film music might be a good idea — but he refused to apply for a job in the film industry. "I felt a filmmaker should ask me because he liked what I write," he once said, and that is exactly what happened.

In 1961, the 33-year-old wrote the soundtrack for an entire film for the first time: Luciano Salce's Il Federale. His international breakthrough followed three years later, with his world-famous soundtrack for Sergio Leone's For a Fistful of Dollars starring Clint Eastwood, still an unknown actor at the time. Leone also asked his old school buddy Morricone to write the music for the 1966 The Good, the Bad and the Ugly and two years later, Once Upon a Time in the West. 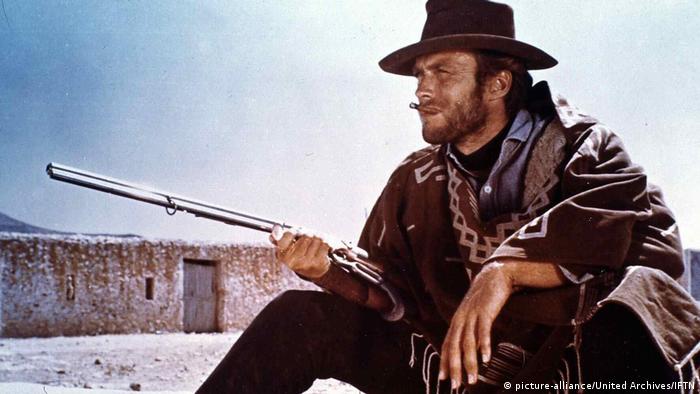 Clint Eastwood in 'For a Handful of Dollars'

Due in no small part to Morricone's haunting musical themes, the Italian films known as Spaghetti Westerns wrote film history. Ennio Morricone's music had a way of expressing things that no longer needed to be shown, Leone always said.

More than one genre

Even though Morricone was best known as the man who wrote the music for Sergio Leone's Spaghetti Westerns, he actually composed music for more than 500 films of various genres, including romantic movies, political and action films as well as horror flicks. To those who said he was a western specialist, he argued he wasn't: "I'm a music specialist."

Morricone wrote for Quentin Tarantino, too: Kill Bill, Inglorious Basterds and Django Unchained — but it wasn't til The Hateful Eight  that Morricone consented to a soundtrack for an entire film because "Tarantino never stopped asking." Convinced by an enthusiastic director, Morricone nevertheless laid down the rules: "I get to see the final version of the film before I can even think about the music, let alone write it."

Working with Tarantino proved to be the right decision: in 2016 Morricone finally was awarded the Academy Award for Best Original score, for The Hateful Eight. Over the years, he had been nominated for an Oscar five times, but always went home empty-handed, except for an honorary Oscar in 2007 for his life's work. 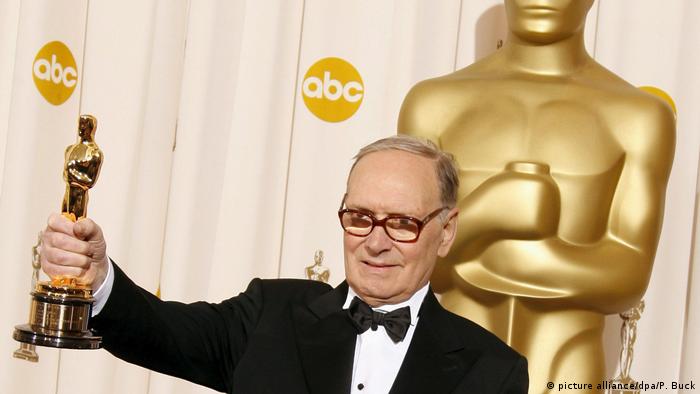 Morricone with his honorary Oscar in 2007

He always felt he deserved the award, and that everyone knew he deserved it. In 2016, he originally hadn't even planned to come to the award ceremony in LA at all. "In the 1960s, the conservative Academy was completely deaf to innovative sound."

Ennio Morricone dedicated both Oscars to his wife Maria, whom he married in 1956, saying that after all, it wasn't at all easy to stay by his side for decades.

Although he had stopped composing film scores, Morricone kept conducting until the last years of his life.

He once quipped that didn't compose that much music at all, "Just think how much Bach composed in his lifetime, or what Mozart achieved in just 33 years — you'll see, I'm idle in comparison."

Tarantino, from 'Pulp Fiction' to 'Once Upon a Time in Hollywood'

The cult director is back with a tribute to the film industry: As "Once Upon a Time in Hollywood" hits theaters, here's a look back at Quentin Tarantino's works. (26.07.2019)