On the set of western movies in Spain

Around 50 years ago, hundreds of famous western movies were made in the Spanish windy barren desert an hour from the Mediterranean Sea. Today, all that’s left from the glory days are western-style cinema theme parks. 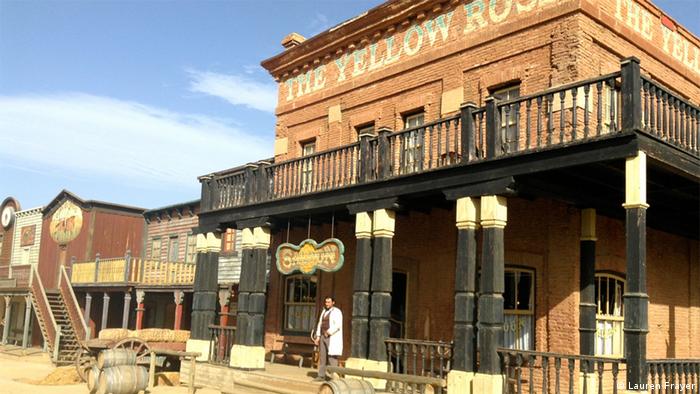 In the 1960s and 70s, the Tabernas Desert in Almeria in southeastern Spain was a little outpost of Hollywood in Europe. Dozens of American film stars, such as Clint Eastwood, Henry Fonda, Charlton Heston, Sophia Loren, Richard Burton, and Elizabeth Taylor made this their temporary home for months at a time while filming movies, including those that the area became most famous for: "Spaghetti Westerns."

The name originated from the films' Italian directors. One of the most prolific of those directors was the late Sergio Leone, who built film sets in the windy barren desert an hour from the Mediterranean Sea.

Around 50 years ago, hundreds of films were made here. Most famous among the westerns, Sergio Leone's "Dollars Trilogy": "A Fistful of Dollars," "For a Few Dollars More" and "The Good, the Bad and the Ugly." Parts of "Lawrence of Arabia" and "Cleopatra" were also filmed here.

Now the sets where those movies were made have been converted into western-style cinema theme parks, where tourists can stroll through a saloon, spend time behind bars in a local jail or reenact a shoot-out in the town square. 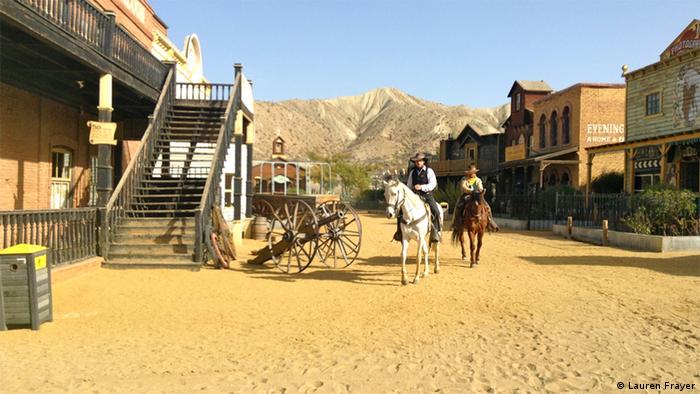 Actors in cowboy hats and chaps put on daily stunt shows, in which western movie themes are piped through a fake town square. The First Central Bank gets robbed every day and the same gunslinging bandit is always handed over to the hangman. There's also a zoo and water park.

"It looks quite authentic, like the Wild West! Like Arizona a little bit," said Shadae Talebi, an American who lives in Belgium and brought her two young children on vacation to Spain. "They've never really seen a cowboy and Indian movie, they're too little."

Stuntmen from back in the day

But in general, the theme parks attract aficionados of westerns.

"My husband has always watched them," said Angela Thorogood, a British tourist. "So John Wayne is always around, and so is Clint Eastwood!" she added, laughing.

Many of the workers are aging stuntmen who fell off balconies or galloped on horseback alongside Clint Eastwood back in the day - and now perform at children's birthday parties.

"This is very, very hard work! Every day I kill - three, four persons per day," he said, chuckling. 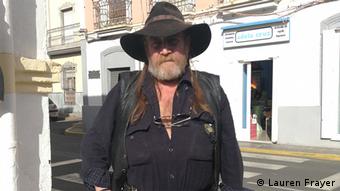 Reminiscing the golden age of westerns

It was also cheap. But by the late 1970s, film directors found better bargain locations - in Morocco and Turkey - and Almeria's film industry dried up.

In the tiny village of Tabernas, the only real settlement for dozens of kilometres, elderly residents trade tales of their glory days in the golden age of westerns.

"This was considered the Spanish Hollywood," said Jesus Laguna, a former stuntman who still wears a cowboy hat. "All types of actors came through here from the real Hollywood - American Oscar winners, they were all here. But not anymore."

Like much of Spain, the Tabernas Desert has fallen on hard times. Unemployment in the Almeria region tops 30 percent.

Documenting those left behind 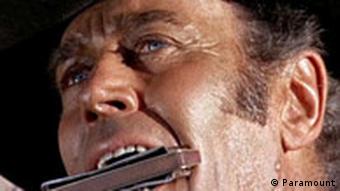 Recently a Spanish photographer, Alvaro Deprit, spent a month living in this desert, documenting the lives of those left behind when the film industry up and left.

"It's a melancholy feeling," Deprit said. "Because their world has finished. It was the golden age of western films, and now it's an imitation of what it once was."

Those left behind include a member of the Blackfoot Indian Nation from Canada, who worked as a film extra and has been living in a rustic desert camp ever since.

There's also a local actor, Jose Novo, who looks nearly identical to the late Henry Fonda. Novo says his mother was friendly with the American actor, and gave birth exactly 9 months after Fonda was last here in 1968, shooting a film.

It was aptly titled "Once Upon a Time in the West."

Spain has been keen to win back third position in world tourism by setting a new record in foreign arrivals last year. The surge has played a pivotal role in the country's struggle to leave the recession behind. (21.01.2014)